How Many Snaps for Randy Gregory? 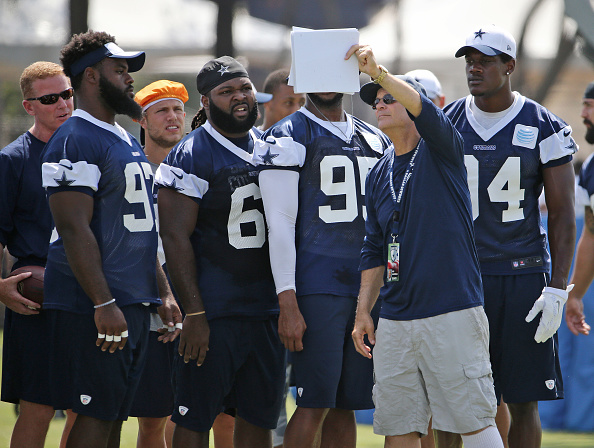 As expected, the Dallas Cowboys have activated Randy Gregory to the 53-man roster and he will play against the Detroit Lions.

In making the move, the Cowboys released DE Zach Moore.

The question now becomes, how many snaps can we expect from Gregory tonight?

Gregory hasn’t played all season, so there are legitimate questions in regards to his football playing condition. I’ve seen a lot of excitement around twitter, but my thoughts on the impact will be much more measured.

For instance, the last time we saw Gregory in the regular season he flashed in the season opener in 2015 against Erik Flowers, who we now know is having troubles playing LT with the Giants. There were other times were Gregory would get engulfed by tackles with zero impact.

Gregory then dealt with lingering injuries and had zero impact, and subsequent drug violations followed.

For me, getting Gregory back is more of a let’s see what we have, does he have potential, and let’s see if he can contribute.  This is an audition to stay on the team in 2017 and more. We are after all short-handed with pass rushers, some would say we don’t even have a pass rusher on this team.

Earlier in the season the defensive line was described as a front four made up of four defensive tackles. 14 games in and I would still agree with that initial assessment. Lawrence has been an ok player, clearly not worth the draft capital we gave up to get him 3 years ago.

David Irving is probably the best thing we have to a pass rusher or game changer on the defensive line. He has flashed and has had some monstrous  games this year.

Throwing Gregory into the mix hurts nothing, and wouldn’t it be nice if he could have some sort of breakout performance these last few weeks? Expect Rod Marinelli to give him 15-20 snaps and they’ll go from there. I’m looking for an upward tick.

If Gregory can flash these next few games, it’ll be intriguing to see if the Cowboys continue their patience with him or would this be his swan song per se. Gregory is still staring at a 1yr ban for the 2017 season, which could make his roster spot vulnerable. His appeal will come in January.