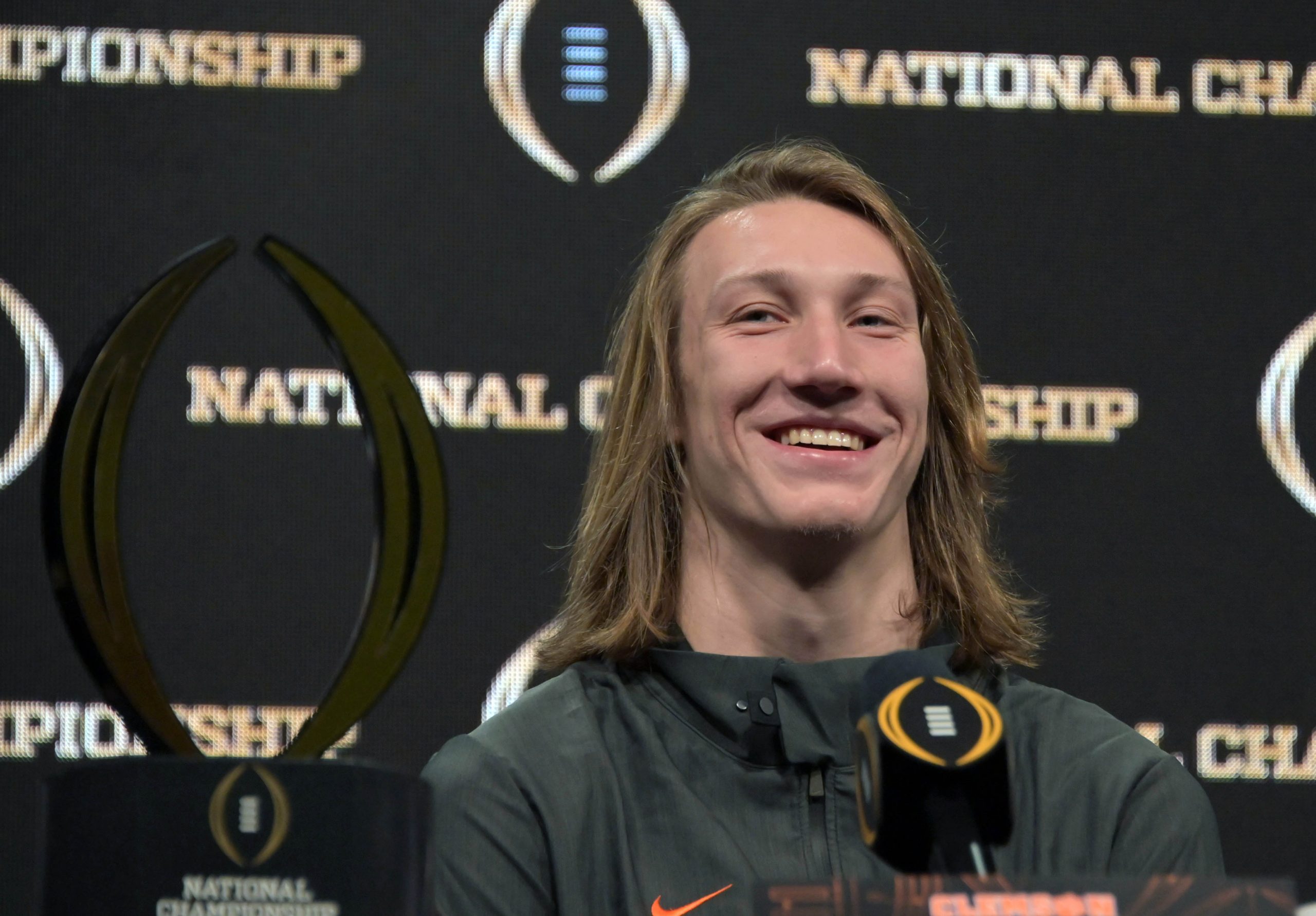 There is an old saying that goes, “History repeats itself”.

On April 29, 2021, the NFL Draft will take place, and there talk of as many as five quarterbacks going within the first 15 picks of the first round.  The last time something like this happened was in 1999, when Tim Couch, Daunte Culpepper, Donovan McNabb, Akili Smith, and Cade McNown all went by the 12th pick of the draft.

This first round group of quarterbacks, which include the likes of Trey Lance, Trevor Lawrence, Justin Fields, Mac Jones, and Zach Wilson, brings back some very good and very fond memories of that 1999 QB draft class.

Each quarterback weird way, draws some comparisons to that class.  I’ll break down the top 5 QBs and how they compare in their own little way, to one of the guys from the Class of 99′.

(BTW, before we get started, most of my info I got from my old Sporting News Draft Guide or through Wikipedia).

Lawrence is a no brainer as the consensus No. 1 overall pick in the draft, much like Tim Couch was in 1999.  He’s got the goods, the legs, the arm, everything.  There’s no debate on Trevor.

In two years as a starter at Kentucky, Couch fired 73 touchdown passes while racking up a slew of awards, including being named as a Heisman finalist, first team All-SEC, Consensus All-American, and SEC Player of the Year.  Couch drew comparisons to former No. 1 pick Troy Aikman, who had by that time, blossomed into a franchise and Super Bowl winning quarterback.

Now whether Lawrence ends up being Aikman or Couch is a debate that’s going to take several years to decide, but for now, he might be the best quarterback to come out of college since maybe Andrew Luck in 2012.

Fields is the firecracker in this class, but out of the five, other than Lawrence, he’s also the most accomplished and best experienced of the bunch.  Fields played two seasons at Ohio State, winning awards like the Big 10 MVP two years in a row, the Big 10 quarterback of the year (two years in a row), winning back-to-back Big 10 titles, and each year, advancing further in the BCS championship series.  Looking at Justin Fields, I cannot help but see Donovan McNabb all over again. I think people forget just how good McNabb was in college at Syracuse, and yet for whatever reason, he wasn’t the first quarterback drafted in the 1999 class.

Wilson to me, is the biggest risk-reward in this first round quarterback group.  He’s Akili Smith all over again, but college style.  Wilson didn’t really start to enter the conversation of being one of the top QB’s in the college until this past season.  Although he played well and was even named MVP of the 2019 Hawaii Bowl game, which BYU lost, Wilson really staked his claim as one of the top passers in the game with a stellar 2020 season in which he fired 33 touchdown passes to only 3 interceptions.

Akili Smith went a similar route back in 1998 with an explosive Senior season, tossing 32 touchdowns while showcasing a good arm and mobility at Oregon.

That one season, with the promise and potential, was enough to convince the Bengals to take Akili over the more seasoned and accomplished resume of McNabb.  You can see similar parallels 22 years later with Wilson and Fields.

Mac Jones rode the bench at Alabama behind Jalen Hurts and Tua Tagovailoa, only playing last year when Tua went down with a hip injury.  Mac played well in four games, tossing a total of 14 touchdown passes to only three interceptions in four starts and spot duty.  2020 was another story for Jones, who led Alabama to an undefeated championship season that ended with him tossing 14 touchdown passes in his final three games against Florida, Notre Dame, and Ohio State.

Aside from winning the National Title, Jones added individual awards like being named as a finalist for the Heisman Trophy, being named to the First Team All-SEC team, winning the Davey O’Brien, Unitas Golden Arm, and Manning Award for quarterback play, and being named as a Consensus All-American in his final year at Alabama.

Cade McNown at UCLA had similar success in his final year at college, leading the Bruins to a Pac-10 Title, a Rose Bowl appearance, and garnering several awards which included being named as a Heisman Trophy Finalist, Consensus All-American, the Unitas Award, Pac-10 Co-Offensive Player of the Year, and First team All-Pac 10.

Despite being named as a starter at UCLA since his freshman year, McNown was ranked as the 4th to 5th best quarterback in the 1999 Class, which is where Mac Jones was ranked until the 49ers swung a trade to move up from the 12th pick to third overall- then the buzz started to swing in heavy favor for Jones, who has been mocked to go as high as No. 3 to San Francisco.

Lance without debate, is the biggest question mark, but also might be the most interesting quarterback of this 2021 1st round picks so far.  He’s got a huge arm, can run, is tough, is a big dude (6’4), and absolutely shredded Division 1 FCS College Football last year, totaling 42 touchdowns (28 passing and 14 rushing), while not throwing a single interception as North Dakota State won the FCS Championship.

Daunte Culpepper had a huge arm, could run, was tough, was a big dude (6’4), and in his career at UCF, threw for 10,000 yards and ran for another 1,000.  Trey Lance in 2019 at North Dakota State threw for 2,800 yards and ran for over 1,000 yards.  Both quarterbacks are gifted throwers, big dudes, and can run.  Culpepper was more seasoned, whereas Lance only had one full year under his belt, while losing last season to COVID shutting down North Dakota State for all but one game.

Because of that, there’s so much intrigue on Lance going into the NFL Draft just because you don’t know exactly what you’re getting, but you’re interested by the thought of what you could get.

The 2021 1st round rookie class brought back wonderful memories of that 1999 QB class.  While all those picks didn’t work out then, it’s fun to think at the time, of the promise each quarterback offered their franchise.

It was a fun time- it was a time of promise and hope for the NFL and for those five gifted passers.  We saw a similar feat happen in 2018, although that rookie QB class was all over the first round, but not this 2021 class.  You could realistically see four quarterbacks get selected in the first four picks and all five could be gone by pick 15.

We’ll see what happens, but it’s fun to think back and think what was, and what could have been.  We’ll do the same with the 2021 class years down the road.