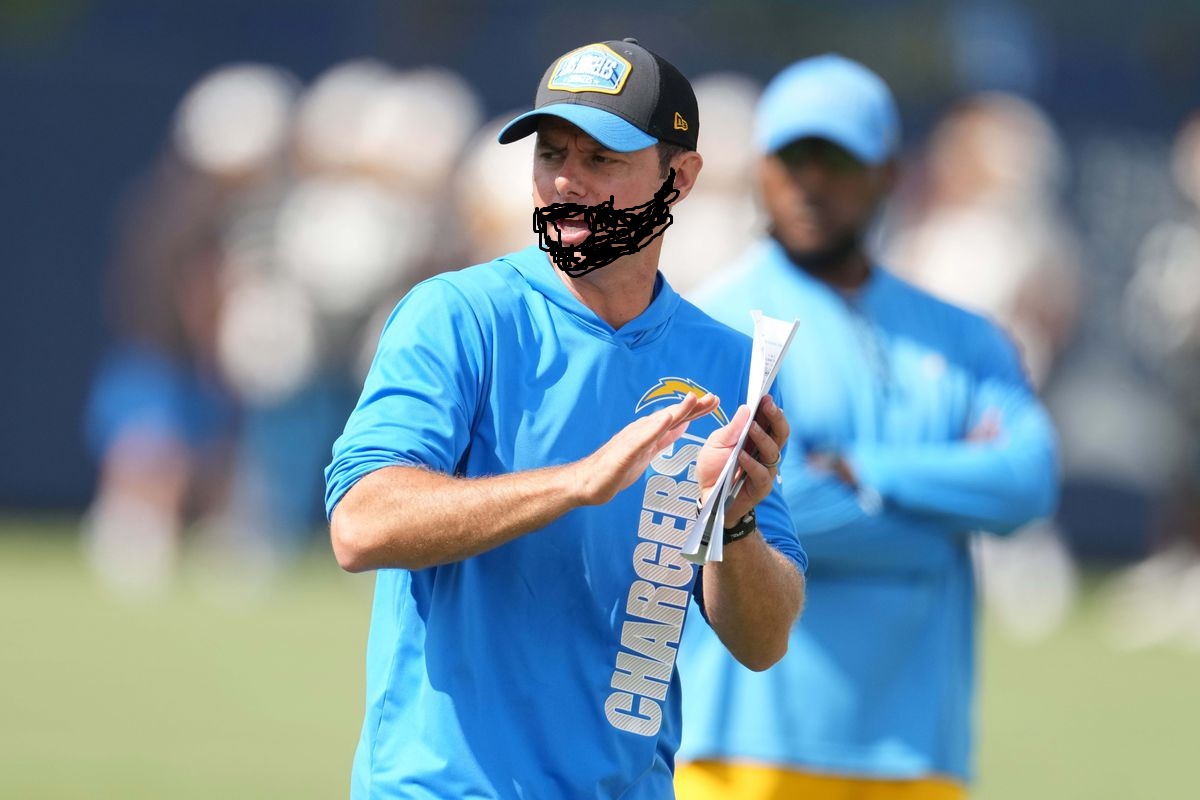 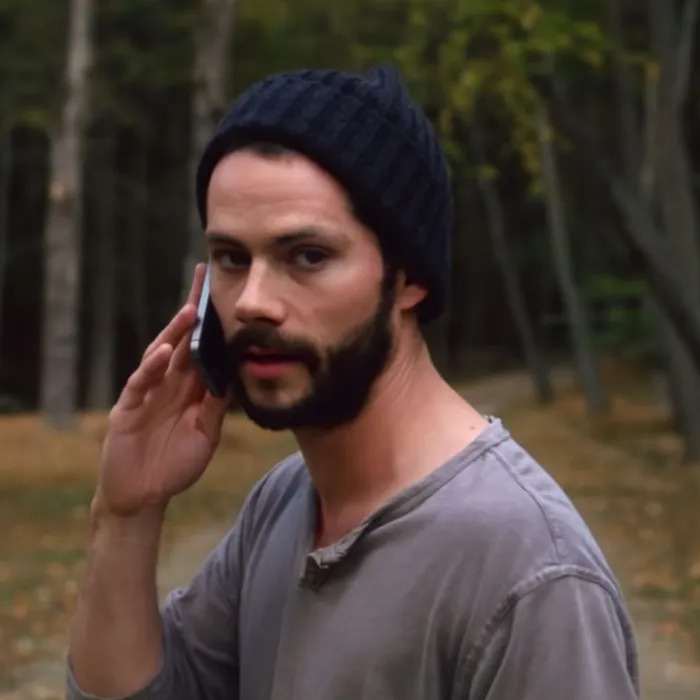 Could Brandon Staley secretly be the stand-in for Jake Gyllenhal?  Yes, I know that’s Dylan O’Brien.  I do have a 15 year-old daughter, after all.  The possibility that Staley is holding onto Taylor Swift’s scarf is the only real explanation for why the Chargers are so inconsistent right now.  On hand on, we’re led to believe (mainly by Daniel Popper, I guess) that Staley is only in Year One of building his “program.”  He needs time to bring in his kind of players.  We were all too quick to expect a Lombardi Trophy after the Cleveland game.  The 4th down conversion rate was an unsustainable stat, blah, blah.

Having been there at the minute we went 4-1, I didn’t expect anything.  How could I?  With all we’ve seen, we all remember it too well.  Oday going down for the season with an ACL in the Browns game was big.  No one is doubting that.  However, we’ve been pretty fortunate with injuries given our history.  I am not trying to jinx him, but we’ve had Derwin all this year.  But we haven’t done shit with it, to be honest.  Last week he was everything on defense and it didn’t mean a thing.  As Popper pointed out, no one outside of the Chargers thought Bulaga would be healthy.  He didn’t even make it out of Week 1.  Norton and Scofield have been the obvious weak link for much of the year.  Everyone knows we have no blocking on the right side.  These two guys wouldn’t be on any other team.  It’s not a “depth piece” when the guy plays every game.

I know Telesco brought in all new linemen.  I don’t know if “he doesn’t value the trenches” applies, but it doesn’t matter.  Since that Cleveland game, the formula has been the same.  We expect Herbert to bail us out each game.  That’s not a good idea.  We’ve seen him get smacked around against New England, Minnesota, and now Denver.  The quick paced offense we saw early on seems to be replaced by forcing Justin to play hero ball, like Rivers had to.

The calls for Lombardi to go grow louder.  He wasn’t even Staley’s first choice, right?  Kevin O’Connell was prevented by the Rams from interviewing with the Bolts.  I am sure you read all the same stats that I do about Herbert still being super effective throwing long, but how we don’t do it enough.  Is that because we don’t have the blocking?  Telesco has been with the Chargers since 2013.  That’s the year McCoward was hired, which seems so long ago.  Telesco, according to Popper, is safe from firing because he “hit on Herbert.”  However, Popper also suggested that Telesco shouldn’t get any credit for Slater because he “fell into his lap.”  Obviously, I paid the 12 dollars for the Black Friday deal for The Athletic.  I’m just passing on the info to you, FAITHFUL READER.  I guess I am just framing the situation we are currently in.  Is Telesco a good GM?  Is the constant lack of depth, especially on the offensive (and defensive) line his fault?  Does Staley really have the autonomy to draft “his guys?”  The fact that Telesco has gotten so much leeway is concerning in that regard. 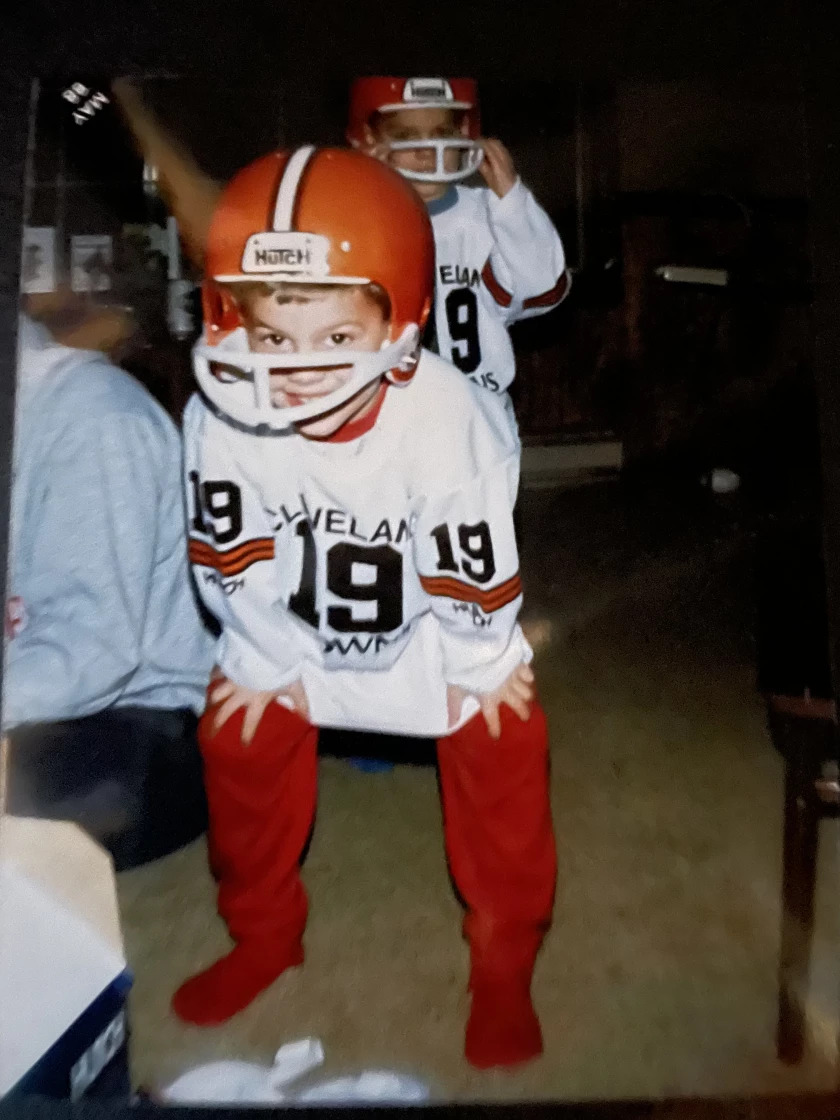 Staley in his Bernie Kosar uniform.  There’s nothing Bengals fans hate more than Cleveland, especially since Sam Wyche’s quote when he had to take the mic during a game is blasted on their stadium.  I’ll use whatever I can at this point.  That’s how much of a must-win this is.  Of course, so was last week.  After the Vikings game, I wrote that we could beat the Steelers but lose to Denver and it would be like running in place.  I guess the same thing could be said about winning tomorrow and losing at home to the Giants.  Staley has no problem keeping Murray off the field, so is Tillery starting again?  Joseph is out again, but Staley claims it’s conditioning as much as COVID.  Somehow Bosa recovered to have a great game against the Steelers.  I don’t need to tell you my feelings on vaccinations.  Samuel will be out again, and Campbell was awful last week.  The still pics of Bridgewater’s TD run are sickening.  I don’t know how much of this is on Staley.  I believe in him 100 percent.  But shouldn’t the Chargers be getting more out of their guys right now?  Nothing has snuck up on them.  Staley preaches connectedness and buying in.  We were promised a team that was tough and composed, especially in the season’s biggest moments.  Last week was the worst loss of the season.  The tackling was awful, the drops continued and Herbert got battered.  The two 4th quarter picks were awful.  Ekeler, coming back to Colorado, got two hands on that second interception.  There’s not much more to be said about tomorrow other than they HAVE to win.

We’ll know everything we need to know about this team after the game.  I’m not suggesting they can’t lose the following week even with a win.  But they need to win if they have any hope of making the playoffs or doing something once in.

I guess just try to enjoy the ride along the way.