It’s Not Just You. The NFL Is Starting To Suck 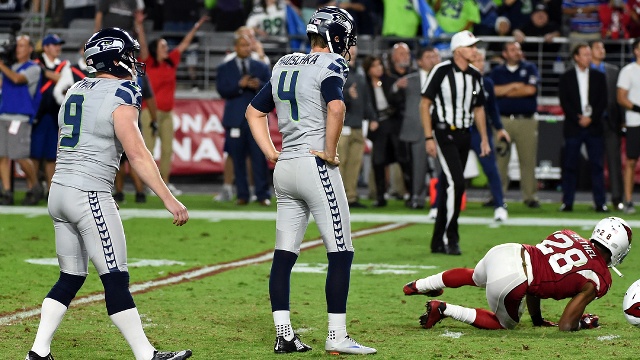 Each year in early August, I start to get a tingling feeling. The air begins to cool, the leaves start to turn, and I begin to obsess about my fantasy football draft. What’s the draft order going to be? Who’s going #1? Do I start with RB or WR combos? This inevitably leads to my buddies and I forcing our commissioner into an early draft date, the excitement sharply declining post-draft as we watch players lose their jobs to injury and depth charts. But right around the beginning of September those feelings come flooding back. I start tinkering with my lineup and proposing outlandish trades. I look at the Bears schedule and decide how many games they’re going to win. Every year it’s (a completely unfounded) 10-6. There’s truly nothing better than the first Sunday of the NFL season; every TV, computer screen, phone, and tablet showing a game. Furiously alternating browser tabs between live games and fantasy scores. Except by mid-season, that rush is gone. You’ve thought it, I’ve thought it, and no one wants to admit it – the NFL is starting to suck.

NFL ratings are down 10% this season, some nights dipping as low as 20%. There’s a million reasons why, and no real answers. Election year, length of games, on-field product, anthem protests, penalties- endless speculation. I can’t offer you hard stats here, but I can tell you what’s ruining it for me; there’s no parity in the NFL. The NFL will tell you different, that any team can win “any given Sunday.” And even if that were the case, the occasional Sunday win for a good chunk of NFL teams doesn’t equate to parity. It simply equates to a bunch of bad football.

The average winning percentage this season is .500. While it’s easy to spin a .500 average and balanced numbers on either side of .500 as parity, let’s take a look at the other leagues.

There’s an interesting article that explains the NFL’s parity is simply an effect of the small sample size the NFL creates by using a 16 game season. It simply doesn’t take much to have a good winning percentage and is essentially unable to be duplicated in other leagues. The Patriots current .875 winning percentage would equate to a 142-20 regular season in baseball, well above the current 116-win record set by the 1906 Chicago Cubs and 2001 Seattle Mariners. An .875 winning percentage in the NBA equates to a 72-win season, something accomplished only twice in the history of the league. Over the course of an entire NFL seasons, .875 equates to 14 wins- something that’s been accomplished 19 times. It’s simply much more difficult to maintain that level of play over a longer season. And while that’s not the NFL’s fault, it doesn’t make it parity.

Only the NBA has similar numbers to the NFL. There’s no teams above .750 or below .249 in the NHL, AL, or NL. Only the NFL and the NL have a majority of teams under .500. The NBA, NHL, and AL have a majority of teams above .500. The NFL simply isn’t putting good product on the field and calling it parity. Look, I could race my buddy down an alley behind my house and it might be a close race- that doesn’t mean you’d wanna watch it. Half of this year’s Monday Night Football contests have been blowouts. Thursday Night Football gives us a bad product in even worse jerseys. The only competitive TNF game was week 1’s Jets vs Bills contest.

There’s other explanations. That perhaps actual viewership isn’t down, but the time people spend watching is down. That presidential debates have run parallel to Sunday and Monday night games. That perhaps this generation of cord-cutters have to watch elsewhere- bars, friend’s houses, or illegal streams. But overall, the NFL is simply providing a bad product and whether it’s an active or passive decision to care less about the season- it’s happening. The NFL should take notice.