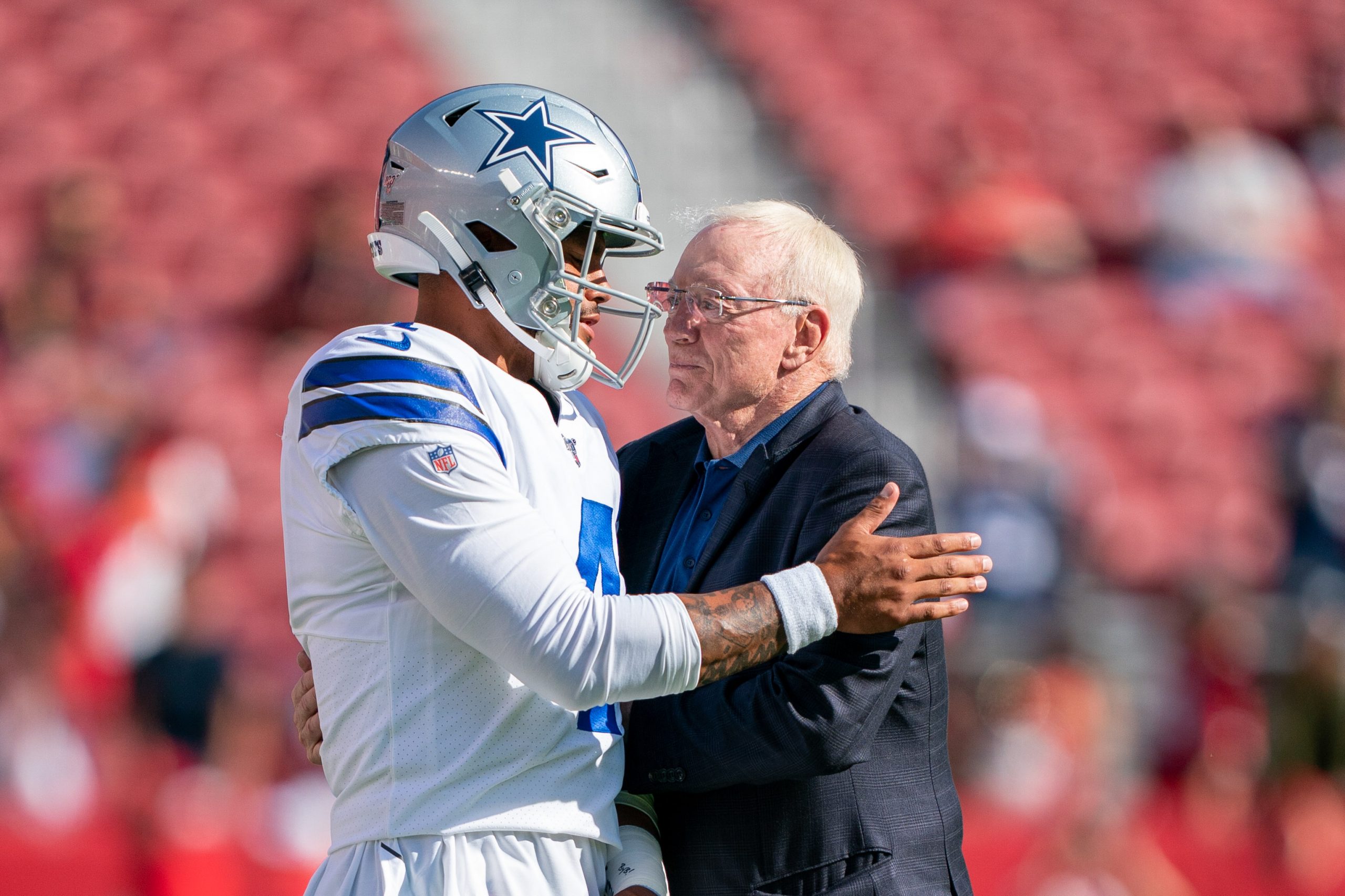 The Cowboys have an interesting decision on their hands going forward, with Dak Prescott coming back from major surgery, playing on the franchise tag, and their owner making some eye-opening comments about it.

Prescott and the Cowboys failed to reach an agreement on a new contract, so the team forced him to play on the franchise tag. It ended up being every athlete’s worst nightmare, as Prescott suffered a brutal foot injury. The compound fracture and dislocation of his right ankle caused him to undergo surgery two months ago, which will make the impending contract negotiations quite interesting. Prescott’s value has likely decreased, and it’s possible that he’ll end up hitting the free-agent market.

In the meantime, team owner Jerry Jones has been fairly quiet about Prescott’s future, until recently, when he indicated that the 27-year-old quarterback will need to evolve his game going forward by looking to run less, during his weekly appearance on 105.3 The Fan.

Cowboys owner Jerry Jones on @1053thefan on Dak Prescott needing to evolve to where he takes fewer big hits as a runner: pic.twitter.com/Awm1EidGdt

Jones is correct, if Prescott wants to have a long career, but it’s not really an owner’s place to speak on how a player should or shouldn’t play. It’s not like Prescott tells him how to spend his money.