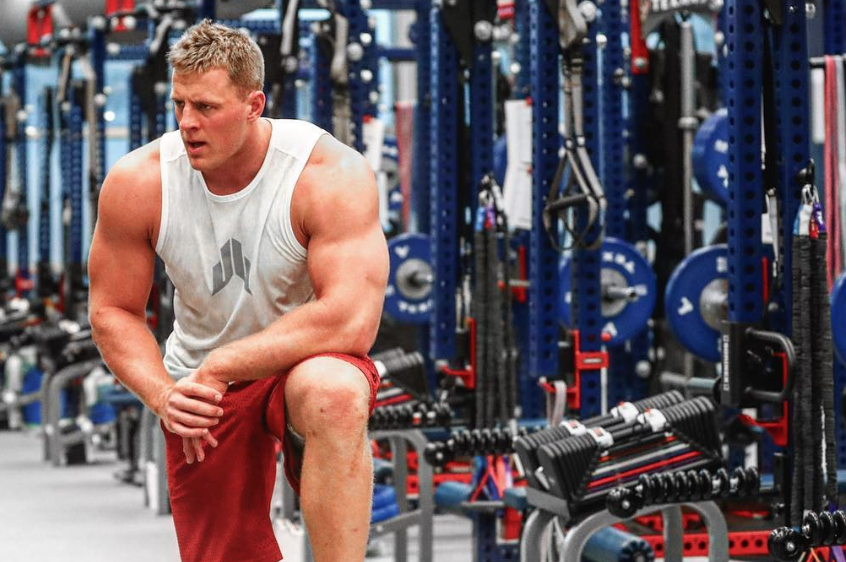 Texans defensive end JJ Watt has been working out extremely hard to recover from his knee injury.

Watt suffered a tibial plateau fracture in a game against the Chiefs last October, and he’s been rehabbing since that time.

And apparently, he’s been rehabbing hard — in a big way. His arms look like they’ve doubled in size, which is crazy, because they were already extremely large. Now they’re weapons of mass destruction, as you can see in this weight room photo.

He also destroyed a poor Texans coach during a drill earlier in the week.

When you get crushed at @HoustonTexans Training Camp by @JJWatt 😬 pic.twitter.com/YWGZ2H7VEC