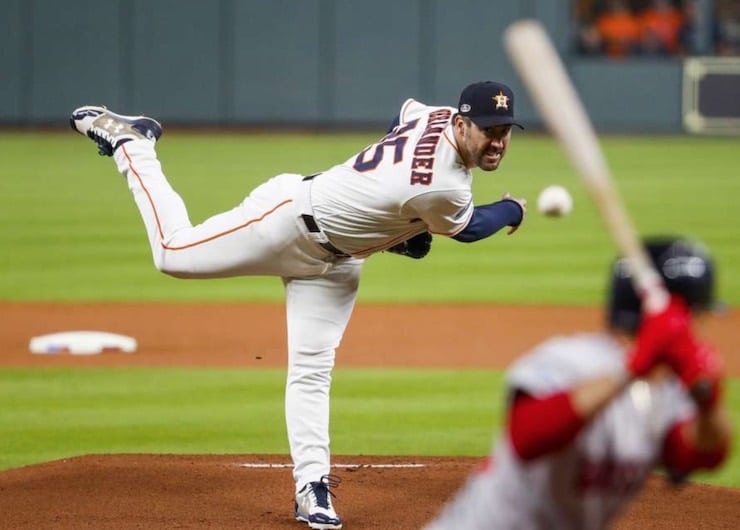 Justin Verlander has already proved enough throughout his illustrious career to be inducted to the Baseball Hall of Fame but the 40-year old isn’t done yet.

Fresh off of earning his third AL Cy Young Award and leading the Houston Astros to another World Series win, Verlander will apparently be searching for a new home.

After opting out of his contract with the Astros, the ace is expected to command one of the biggest contracts in baseball history. While Verlander is 40 now, he is still set to break MLB records in terms of annual average value (AAV) with his new contract.

According to early reports, Verlander’s camp doesn’t seem to be very compromising on figures, which could reach as high as $45 million per year.

The Astros picked up Verlander in 2017 during the waiver period deadline. After finishing his contract in 2018, he signed a two-year, $66 million extension which was then followed by his most recent two-year contract for $50 million.

In his 18th MLB season, the former No. 2 overall draft pick has made just under $300 million in career earnings.

According to expert MLB estimators, Verlander will be able to command approximately $45.3 million on his next contract, which is exactly $2 million more than the current MLB-high set by Max Scherzer ($43.4 million).

While age is always brought into question, Verlander’s production was off the charts in 2022. The pitching star led the MLB in ERA (1.75) and WHIP (0.83) while posting a sparkling 18-4 overall record in 28 starts.

Of course, this kind of production is nothing new for the Astros’ ace, who has been one of the most dominant pitchers in baseball over the last decade.

Verlander would be an asset to every rotation in the MLB but it seems like not every team will be able to afford his high price tag.

One club that can never be counted out when it comes to cash is the New York Yankees. A report from MLB’s Mark Feinsand said that the Yankees are right in the mix for the veteran ace, which would reunite him with former Astros’ teammate Gerrit Cole.

Currently the Yankees need help in the rotation and signing Verlander to a short-term deal with a higher AAV would be a perfect fit for the Yankkes.

Last season, Verlander drew a lot of attention from the Yankees before signing his two-year, $50 million deal that included a player option.

The Astros are also still available to put rumors to rest by signing the current Cy Young winner. Both the Astros owner, Jim Crane and Verlander have a candid relationship and it’s still a possibility for Verlander to return to Houston.

Verlander won both his World Series Championships with the Astros and the dynasty looks far from over as they’ve advanced to the World Series four times since 2017.

Since Verlander is 40, his next contract could potentially be the final home in his MLB career.