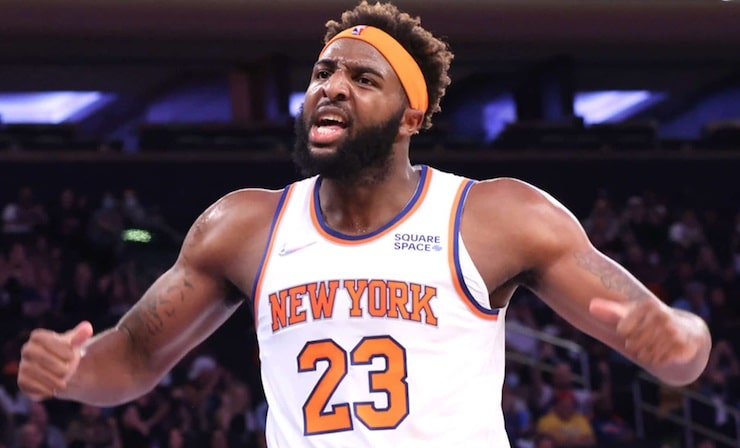 While a deal between both sides seemed imminent, Knicks fans should be happy with the team’s start to free agency. New York kicked off the offseason by signing point guard Jalen Brunson to a blockbuster $110-million deal. Now, they secure some rim protection for the future by re-signing one of their most talented young players.

Despite being just 24 years old, Robinson already has four years of NBA experience under his belt.

A former second-round pick in 2018, Robinson has become a defensive anchor in the Big Apple. Last season, he played in 72 games, averaging 1.8 blocks and 0.8 steals in just over 25 minutes per game.

While Robinson has yet to expand his offensive game, he remains an important part of the Knicks’ future plans. A talented rim-runner and rebounder, Robinson shot a career-best 76.1 percent from the floor and hauled in 8.6 rebounds per contest last season, also a career-high mark.

Can the Knicks Return to the NBA Playoffs?

Retaining Robinson and adding Brunson helped the Knicks make headlines at the start of free agency but will these moves actually get New York back into the NBA Playoffs?

With Robinson back in the mix, New York has a strong young core on the same timeline. Brunson (25), Robinson (24), and RJ Barrett (22) are all under 25 years old, which should give the Knicks a solid foundation to build on for years to come.

Brunson instantly becomes New York’s much-needed point guard of the future and brings an added element of toughness to the Knicks’ backcourt.

Fresh off of a terrific postseason run with the Dallas Mavericks, Brunson averaged 27 points per game during the first-round series against the Utah Jazz. A proven winner, Brunson also flashed his potential as a leader by leading the Mavericks past the Jazz in Round 1 without Doncic in the lineup.

With Brunson running the show in New York, look for the Knicks to return to the NBA Playoffs in 2022-23.