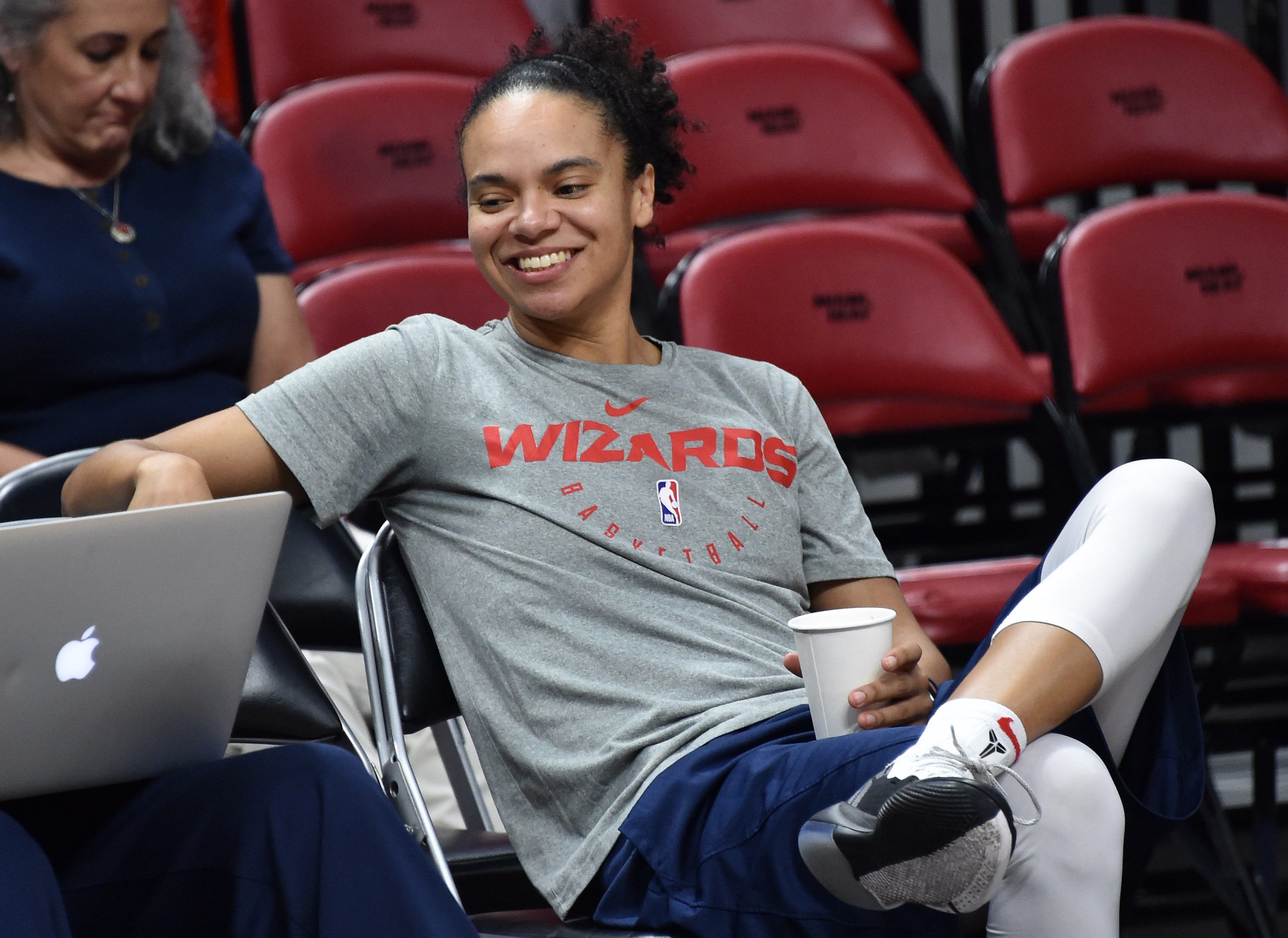 The NBA is seen as a sport that is fairly progressive in terms of the players using their platforms to stand up for what they believe is right. One area in which the NBA is lacking is with the number of females on the coaching staff and in the front office.

Lawson, the Washington Wizards former color commentator last season, was hired by Boston this offseason, which made Toliver happy. After competing against each other in the WNBA for years, the two both spent their first seasons around the NBA in D.C.

“It’s great,” Toliver said after the Mystics 93-65 win over the Atlanta Dream. “I think women in the NBA is an important thing if you belong and she’s one of them that will offer a lot to the Celtics so extremely happy for her.”

Hammon, the first female full-time assistant coach in NBA history, was briefly the only women assistant coach with Nancy Lieberman (2015-17) and Boucek (2017-present), but in the last couple seasons, there has been a clear jump. That should only continue, which comforts Toliver.

“It’s progress. Certainly, if they’re qualified for the job, they should have the job. Obviously, other franchises are recognizing the benefit of women on their staffs and I think it’s great.”

In May, NBA commissioner Adam Silver expressed a desire for coaching hires in the future approaching a 50-50 mix of male and female coaches. Although over a quarter of NBA teams currently has a female on their coaching staff, most teams have around six different assistant coaches as even those who sit behind the bench are given such a title. That would mean women represent less than five percent of all assistant coaches across the NBA.

“The goal is: Going forward, it should be roughly 50-50 of new officials entering in the league,” Silver said. “Same for coaches, by the way. We have a program, too. There’s no reason why women shouldn’t be coaching men’s basketball.”

“I think whatever your journey is and your passion is, that’s what you should aim for,” Toliver explained. “I think everyone is different whether you want to be a head coach or you want to be in the front of the bench or you just want to be player development or front office. Whatever the individual wants, that’s what they should strive for.”

Toliver was the first active WNBA player to coach as an NBA coach during their offseason. The Maryland product was already an All-Star level point guard in the WNBA before coaching for the Wizards and believes the experience benefitted her game further. Despite standing at just 5-foot-7, Toliver often would workout with the likes of Markieff Morris (6-10) and Jeff Green (6-9) and the former Washington power forwards always spoke highly of her contributions. Fellow point guard John Wall also appreciated the perspective that Toliver brought to the table.

“I think it’s helped a lot,” Toliver diagnosed. “I was able to workout with some of the best in the business. As far as player development and obviously on the coaching side watching a lot of video. For me, I dissected a lot of things and had the game slow down for me. It’s been great.”

Once her playing days are over, there is certainly a coaching future ahead for Toliver if she wants it. Hopefully for other bright female minds, too.