Listing the Most Popular Big Defensive Tackles in Packers History 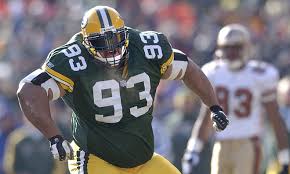 Everybody loves a big guy in the NFL, especially when he can play well. The Green Bay Packers had plenty of “big guys” in the middle of their defensive line over the years and many of them were quite talented.

When a player is strong, big and tough to move, he can stuff the middle and stop the run. When that big guy can penetrate and get into the opposing backfield to stop plays for a loss, he’s even more valuable.

Here is a look back at some of the most popular and talented big defensive tackles the Packers had over the years. Players are ranked according to their size (relative to the era they played in), their accomplishments on the field and their popularity with fans.

Feel free to mention any players you feel deserved to be on this list. 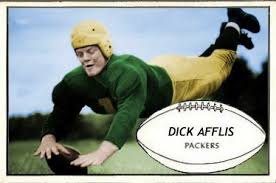 Dick “The Bruiser” Afflis was officially listed at 251 pounds but he was a big man for the early 1950s and had a reputation for strength and toughness that preceded him when he joined the Packers in 1951. Afflis was lifting weights long before that was popular in the NFL and he had a 52” barrel chest which was exceptionally large in that era.

Afflis played on both sides of the ball for the Packers for three seasons and was known for having a temper. He felt he was stronger than any of his teammates and would accept any challenge. Once, when lineman Jerry Helluin challenged Afflis to see who was stronger, the contest ended after Afflis smashed a can of beer against his head which caused blood to run down his face.

After he retired from football, he went on to a lengthy career as a pro wrestler known as “Dick the Bruiser.”

Afflis was a big man and a colorful character for the Packers in the early 50s. 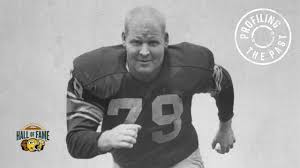 Dave “Hawg” Hanner was a tough as nails defensive tackle for the Packers from 1952-1964. The former Arkansas star made the Pro Bowl in 1953 and 1954 even though the Packers were not a good team at that time.

Hanner stayed with the team for 13 seasons and was a starter on Vince Lombardi’s first two championship teams in 1961 and 1962. He even recorded a safety in Lombardi’s first win as Packers coach in 1959.

After he retired, Hanner became an assistant coach for the Packers and eventually rose to defensive coordinator under Bart Starr in the 70s. Later, he became a scout for the team.

Hanner was respected by everybody during his five decades with the Packers organization. 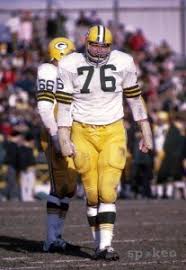 The Packers selected Mike McCoy in the first round of the 1970 NFL Draft out of Notre Dame. McCoy was listed at 280 pounds which was considered quite large in the early 70s.

He quickly became one of the team’s best run stoppers and his quickness off the ball helped him disrupt opposing ball carriers. He also led the Packers in sacks (unofficially) in 1973 and 1976.

McCoy scored a touchdown in the Packers 1975 meeting with the Saints when he returned a fumble 19 yards to give the Packers an early 14-0 lead.

McCoy played with the Raiders and Giants before retiring after the 1980 season. 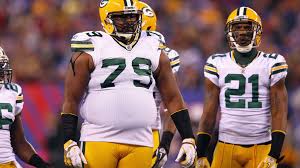 The Packers signed the 6’2”, 338-pound Pickett to solidify the team’s defensive line and the former Ohio State product did just that for eight seasons.

Pickett was versatile and could line up at defensive end or play defensive tackle, his primary position. His strength and bulk made him difficult to move out of the middle of the Green Bay defensive line.

Pickett was a key part of the Packers 2010 Super Bowl run and was credited to with two tackles in Super Bowl XLV against the Steelers. It was Pickett who combined with Clay Matthews to force Rashard Mendenhall to fumble on the first play of the fourth quarter. That play was instrumental in the Packers eventual victory.

Pickett remained with the Packers through the 2013 season before finishing his career with the Houston Texans in 2014. He wasn’t always flashy, but he was steady and reliable and his work ethic and size helped make him a fan favorite in Green Bay.

B.J. Raji was listed at 6’2” and 337 pounds but at times he clearly weighed more than that. The Packers drafted the former Boston College star in the first round of the 2009 NFL Draft and Raji became a full-time starter in his second year with the team.

Raji made one of the most memorable plays in Packers history when he intercepted Bears quarterback Caleb Hanie in the NFC Championship Game and returned the ball 18 yards for the touchdown that helped propel the Packers to Super Bowl XLV. The sight of the big nose tackle running towards the end zone with the ball held high was an indelible image that Packers fans will never forget.

Raji recorded a career high 6.5 sacks in 2010 and earned Pro Bowl honors after the 2011 season. When injuries struck the Packers defensive line in 2013, the big man moved to defensive end and was effective at that position as well. A torn bicep injury cost Raji the 2014 season but he returned to action in 2015 before retiring for good.

Raji was a big man and a fan favorite in Green Bay. His interception in the 2010 NFC title game against the Bears remains one of the most memorable moments in Packers history.

Few players have been as popular in Green Bay as Gilbert Brown. The former Kansas star was generously listed at 6’2” and 340 pounds, but at times his weight seemed well above that mark. With his belly hanging over his belt, Brown looked the part of gap filling, run stuffing defensive tackle and he played the part well.

Brown had surprising quickness for a man of his size. He could occupy multiple blockers and free up teammates to make tackles. He was also able to use his quickness and power to penetrate opposing backfields and blow up plays before they developed.

Brown earned the nickname “The Gravedigger” for the move he made when celebrating a big play which looked like he was digging a hole in the ground to put a coffin in. The crowd at Lambeau Field went wild whenever Brown celebrated.

Because of his size, Brown became one of commentator John Madden’s favorite players and that only added to his popularity across the country.

Brown was a key part of the Green Bay defense in 1996 when the team went 13-3 and won their first Super Bowl in 29 years. Over the course of his career, Brown played in 17 playoff games with the Packers including two Super Bowls.

Brown became so popular, that local Burger King restaurants in Green Bay offered “The Gilbert Burger”, a double whopper with extra everything but no pickles (Brown didn’t like pickles).

Even 17 years after his retirement, Brown remains one of the most popular Packers for his size, run stuffing ability and outgoing personality.