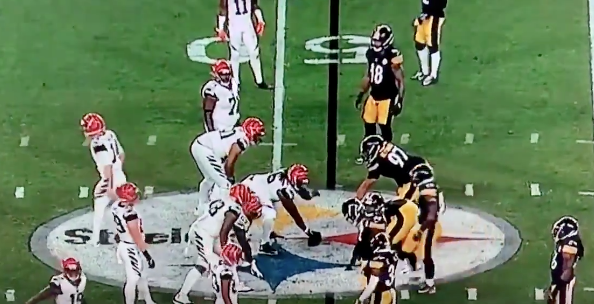 The Bengals threw some shade at one of the best quarterbacks the game has ever seen on Monday night, much to the dismay of Patriots fans.

Tom Brady is not only the oldest signal-caller in the league, but he’s also not among one of the more well-liked ones, given his tenacity, and the ways he’s been known to get under his opponents’ skin. Some of the best to ever play the game usually aren’t among the most well liked, and Brady is no different.

As such, the Bengals busted out a funny audible during Monday’s game against the Steelers. Here’s how it sounded.

Spoiler alert: The audible was not successful.