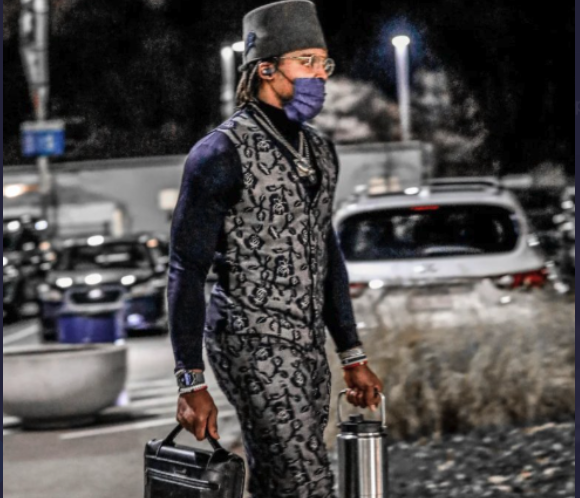 Cam Newton has a history of rocking eccentric outfits that few other athletes or celebrities can pull off.

At this point in his career, we commend him for continuing to push the envelope, as he’s already been seen sporting some of the most outside-the-box, extravagant looks we’ve ever seen.

Newton and the Patriots were featured on primetime in Week 10, with a Sunday Night Football showdown against the Ravens. The Patriots quarterback pulled out the big guns for it, rocking a granite-themed outfit, which you can see below.

Cam Newton looking to camouflage himself if he happens to walk through a rock quarry before Sunday's game. pic.twitter.com/ucgsHV9HX5

If Newton finds himself in a rock quarry at any point, he’ll at least be covered from a camouflage perspective.