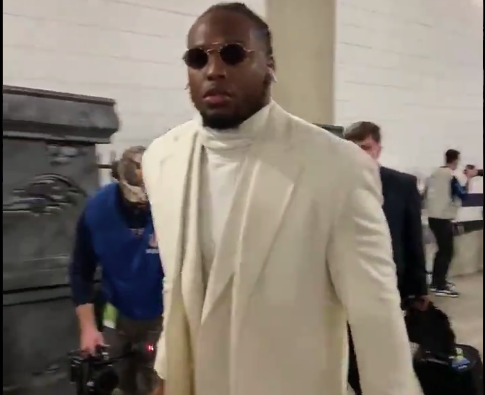 Henry is coming off one of the best games of his career — and certainly the biggest performance, in his second-ever playoff win — carrying the ball 34 times for 182 yards in last week’s Wild Card Round win over the Patriots. He was a one-man wrecking crew on a drive that gave the team a lead just before halftime, racking up virtually all the yardage on a 75-yard touchdown drive.

He essentially slayed the dragon known as Tom Brady, and may have helped put an end to the Patriots dynasty. As such, as he dressed like an absolute boss for Saturday’s Divisional Round showdown with the Ravens. Check out this cream-colored overcoat and suit combo.