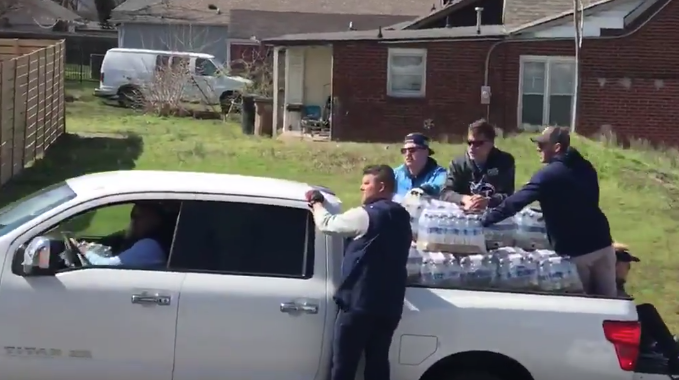 The city of Nashville isn’t used to dealing with natural disasters, and that’s one of the reasons the tornado that swept through the area earlier this week was so devastating.

North Nashville was hit particularly hard, as some of the neighborhoods there look nearly as beaten down as the ones that were affected by Hurricane Katrina in New Orleans. They’re now a shell of their former selves, as the city looks to rebuild and move forward.

The Titans are doing all they can to help as well, with head coach Mike Vrabel, as well as general manager Jon Robinson teaming up with a number of players to provide relief — in the form of water, and other supplies — to those in need.

Great job by them attempting to give back to their community.