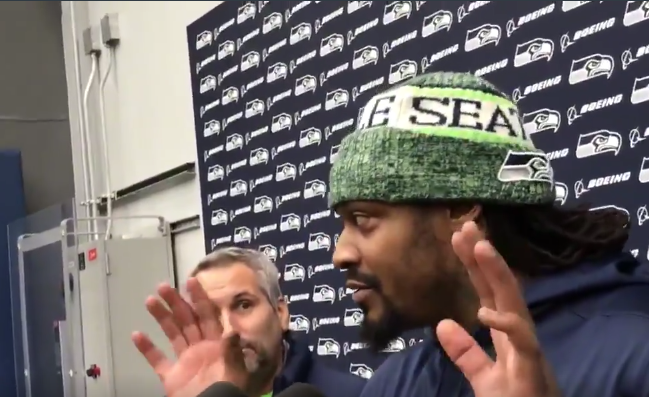 The Seahawks were unfortunate to have had both of their featured running backs — Chris Carson and C.J. Prosise — suffer injuries in Sunday’s loss to the Cardinals, so that forced them into immediately looking to fill the void.

And to do so, they’ve signed two backs that once played for the team — one of whom is extremely well known among fans, and has won a Super Bowl.

Seattle signed Marshawn Lynch on Monday, and he “spoke” to reporters for the first time since rejoining the team on Tuesday. We say “spoke,” because he, per usual, was a man of few words. Here’s what he had to say about how he feels regarding being back in Seattle:

“Happy holidays. Merry New Year. Y’all have a great day. It’s a great feeling to be back,” Lynch said.

Marshawn Lynch is happy to be back in Seattle.