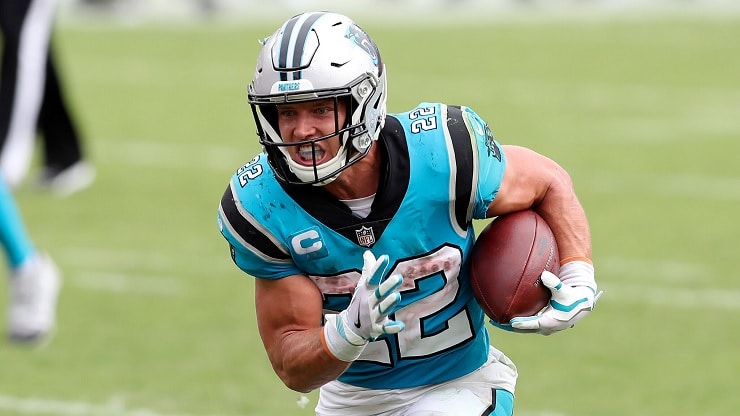 When Christian McCaffrey is healthy, there’s a legitimate argument to be made that he might be the best running back in all of football. During the 2019 season, he rushed for 1,387 yards and was able to have 15 touchdowns. On top of that, he had 1,005 receiving yards on 116 receptions and also added four touchdowns.

There’s certainly no denying his talent, but unfortunately for the Carolina Panthers, McCaffrey hasn’t been able to stay healthy for the past two seasons and it’s been a major cause for concern.

“I’m not spending my time worrying about, ‘hey, will Christian get hurt?'” Rhule said Wednesday, via the Associated Press. “We are thinking about Christian in one way only — and that’s attack.”

NFL.Com had the following to report:

“He plays a high-contact, high-percentage-of-injury position,” Rhule said. “We’re going to put him out there and play him. We want to have all of our best players for as long as possible.”

“I had a couple 300-pound guys fall on my ankle while I was already down,” McCaffrey said. “I would love to know if there is a drill someone has got out there to prevent that from happening, because I would do that every day.”

It could be the final straw for Christian McCaffrey in Carolina if he doesn’t stay healthy this season. Considering the type of money that Carolina is paying him, he needs to find a way to stay on the field. It’s not always his fault that he’s getting injured, but it’s part of the game and part of certain players’ careers. It’s unfortunate because he’s one of the best players that this game has right now.

If he can find a way to stay healthy, Caroline could have a decent team this season. They likely won’t make any sort of noise in terms of making the playoffs or going far if they did, but they can be a respectable team this season, which is what they’re hoping for.