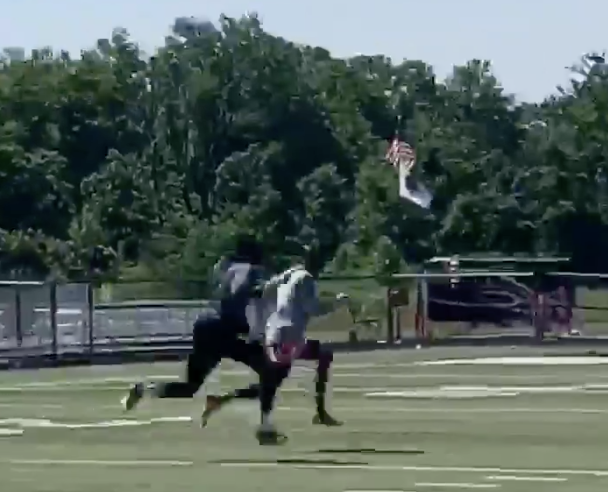 Any NFL quarterback would love to throw passes to one of the fastest receivers in the NFL, and Dwayne Haskins is no different.

Haskins worked out with Chiefs second-year receiver Mecole Hardman, who has challenged teammate Tyreek Hill for the title of “fastest” in the NFL, and the two made sweet music together.

It appeared the the Redskins quarterback realized what many others have known for quite some time, that Hardman makes signal-callers look great. All they have to do is air the ball out down the field, and Hardman will speed up and go get it. It’s nearly impossible to overthrow this speed demon, which Haskins’ reaction as a caption appears to indicate.

He’s got some serious wheels.