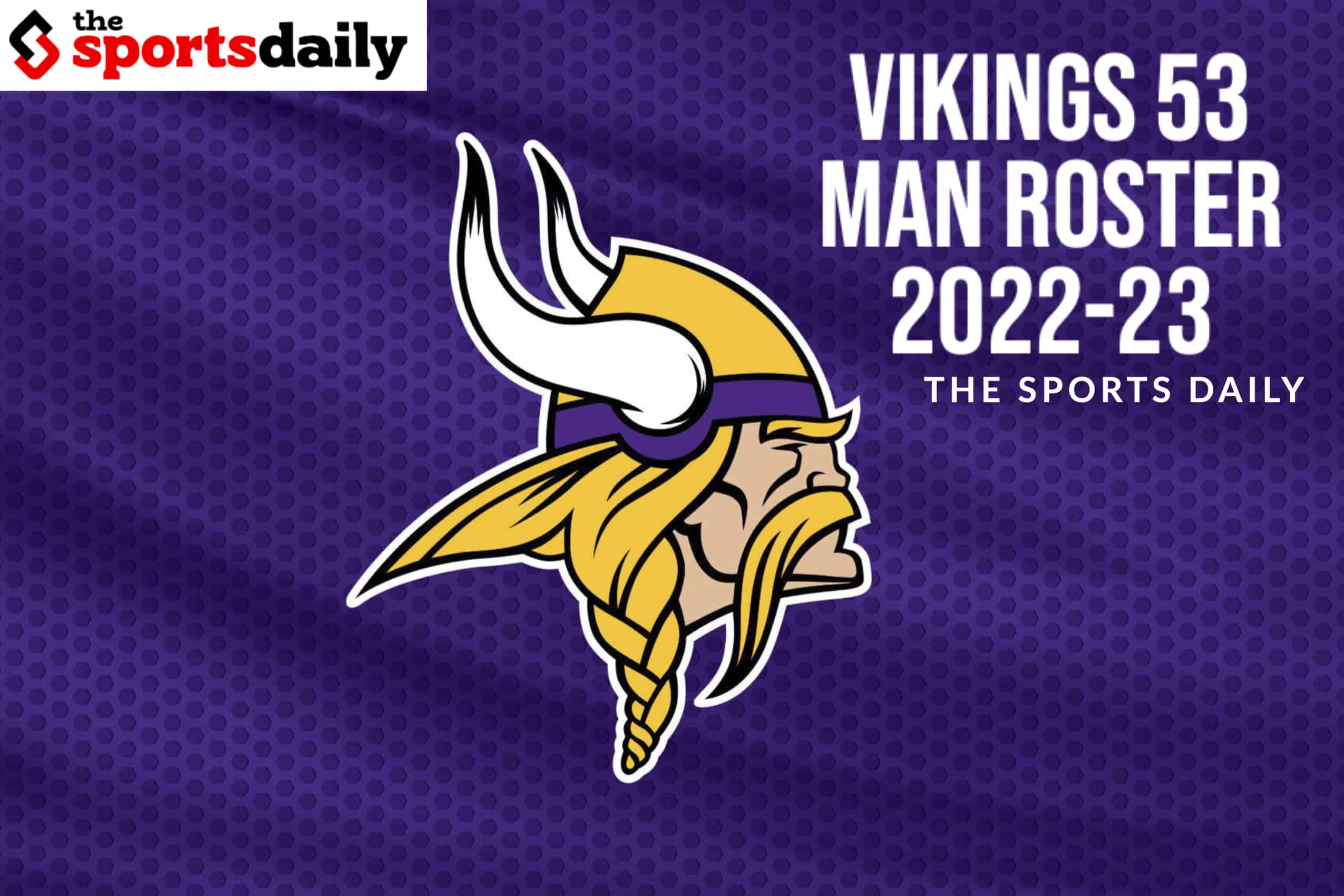 The Vikings announced multiple roster moves in the final 53-man cut on Tuesday, and while it was largely as we expected, there were several surprises and trades that caught the eye.

While the deadline was indeed yesterday for the final 53-man squads, more moves could still occur as over 800 players become available during the final round of roster cuts across the NFL.

The Vikings cut both Sean Mannion and Kellen Mond, who were evaluated in pre-season, after trading for Las Vegas’ Nick Mullens, allowing for two solid choices at quarterback and freeing up space elsewhere in the squad. It is rare to see more than two QBs in the season squad, although the 16-man practice squad announced today could feature a back-up.

There are rumblings that the Vikings are considering trade offers for Alexander Mattison, particularly given the rise of Ty Chandler, who could soon be promoted the Minnesota’s second RB having led in preseason with 113 rushing yards on 15 carries  – one to keep an eye on over the coming days.

Elsewhere, Dalvin Cook will once again be an integral part of their plans; Pro Bowl in each of his past three seasons, averaging 270 rushes for 1,283.7 yards. A formidable record no doubt.

The #Vikings have announced a pair of trades and other roster moves to get to the initial 53-man roster of the 2022 season.

It is somewhat of a surprise to see only five wide receivers, with the Vikings typically opting for six so as to have two sets. This begs the question, are they in the process of adding another? The Bucs recently waived Tyler Johnson, who would be a welcomed upgrade in this group.

Zach Davidson, who spent his rookie season in the practice squad last year, made a strong case for the last roster spot, but it is a surprise not see him feature given they have two blocking tight ends with full back CJ Ham already included.

Johnny Mundt was picked up early in free agency – Wes Phillips was his former position coach when in LA and will relish the familiarity heading into his new team.

The biggest surprise is seemingly the Vikings keeping Vederian Lowe instead of Kyle Hinton, who at this moment in time, is a superior player. However, the franchise may be looking to waive Lowe in the coming days while teams make their initial waiver claims, which would free up some space for further acquisitions so bolster an otherwise strong offensive line.

Nose tackle Harrison Phillips was among the first players picked up during free agency, and the Vikings now have a strong core with him alongside Dalvin Tomlinson, who’s previous experience with the New York Giants will sure things up defensively.

They chose to waive fourth-year pro Armon Watts in a trade for youngster Ross Blacklock – although a surprising move it can not be disputed that Watts had a disappointing season, which continued into the offseason in run defence.

Hunter and Smith are among the Vikings’s deadliest weapons, and both are Pro Bowl-calibre players who unfortunately were ruled out of most of 2021.

There are no big surprises here, although a case could have been made for Janarius Robinson who is demoted in favour of another string candidate in Luigi Vilian.

Hendricks and Hicks are a formidable partnership –  Kendricks (782) and Hicks (637) rank third and 10th, respectively, in total tackles.

There are no big surprises here given the performances of Asamoah at Denver last season, while Dye registered 326 team snaps, along with 54 on defence in 2021.

Harrison Hand was waived earlier this week and will now head to the New York Giants, while Kris Boyd’s preseason performances earns him a space among a line-up of six talented cornerbacks.

There may well have been a case for Myles Dorn pipping Mettelus for the final spot, but both are equally strong and competition was fierce.

Joepsh finished the preseason 4-for-4 on extra points and 4-for-4 on field goals, including a 58-yarder at Denver, while Wright had already won the punter competition.