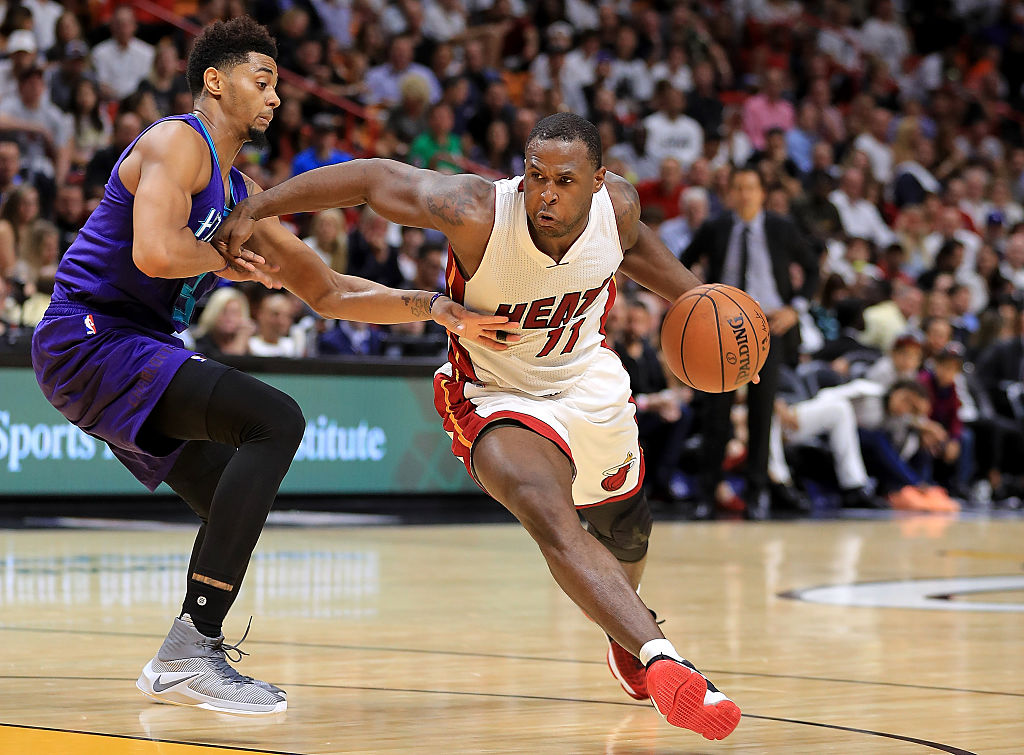 NBA Free Agency will kick off this Saturday at 12:01 AM. It is at that time where teams across the league will be submitting offers to numerous free agents trying to lure them to their respective cities.

One of the teams who will be looking to make a splash in free agency is the Philadelphia 76ers. After trading for the first overall pick in this year’s NBA draft to select former University of Washington point guard Markelle Fultz, the team is looking to add a veteran player to go along with Joel Embiid, Dario Saric, and last year’s first overall pick Ben Simmons.

Luckily for the Sixers, they will have a projected $46.5 million in cap space according to RealGM to help them obtain that veteran piece they desire. Over the past few weeks, rumors have been swirling around the Sixers and the free agents they will pursue when free agency tip-offs.

Players such as J.J. Redick, Andre Iguodala, and Patty Mills have all been mentioned as possible options for the Sixers. Out of the three players, Redick and Mills would provide the Sixers what they have been desperately missing — a consistent threat from three-point range.

However, the Spurs will not be so quick to let Mills go as he has been a reliable backup and spot starter at point guard. Then you have Redick, who is 33-years old and will reportedly command between $18-20 million per year on the open market. Should the Sixers pony up the money to pay a guy like Redick, who is a career 41.5 percent from three-point range but cannot necessarily grow with the team?

This is where unrestricted free agent and Philadelphia native Dion Waiters comes into play. Waiters, who had a career year this past season with the Miami Heat is back on the market once again. Waiters declined a $3.03 million Player Option for the 2017-18 back on June 2 after signing a two-year, $5.93 million contract with Miami last offseason.

Nevertheless, the former fourth overall pick out of Syracuse outplayed his contract and was one of the main reasons why the Heat almost made the playoffs this past season. The 25-year-old Waiters averaged a career-high across the board with 15.8 points, 4.3 assists, and 3.3 rebounds in 30.1 minutes per game.

He also shot 42.4 percent from the field and 39.5 percent from three-point range. Despite his improved shooting numbers, Waiters’ defense was still a problem as he had a 109 DRtg, which is not so great. If he were to play with the Sixers, his DRtg could drop with the collection of talent around him. Hate his game or love his game, Waiters may be the perfect option for the Sixers in a sick and twisted way. We’ve seen over his five-year career. Waiters shoot his teams out of games, but also can bring them back.

An example of this happened on January 23 when Heat were playing the Golden State Warriors. At the time, Miami was in the midst of three-game winning streak what included a win against Milwaukee thanks to a 33-point effort from Waiters. What did Waiters do for an encore against Golden State? He scored 33 points again shooting 13-of-20 from the field, 6-of-8 from three-point range, and hit the game-winning three over Klay Thompson to give Miami the 105-102 victory.

That game against the Warriors summed up the type of the player Waiters is. He is a shooting guard that does not lack confidence, can put the ball on the floor, create for his teammates, and play off the ball to get his shot.

That being said, is it out of the realm of possibility that Waiters could play alongside Fultz? Not at all. In Miami, Waiters played with an offensive point guard in Goran Dragic. Now, I understand Fultz and Dragic are two different types of point guards but both are offensive minded.

Fultz has no fear driving through the lane and can get to the basket at will like he should at the University of Washington. However, things will be different in the NBA,  meaning that the lane will close up quickly, so you need a player like Waiters who can get his shot off.

But what about the money aspect, how much will it cost to sign Waiters? This is a good question.

To answer this question, here is what Barry Jackson of the Miami Herald said regarding Waiters’ price tag:

One scout said he would be surprised if the bidding for Waiters soars much above $10 million, if that, because of his small sample size of high-level play this past season. One prominent agent who does not represent Waiters predicted he would get $8 million to $10 million annually.

I would be shocked if Waiters received more than $10 million per year, but you never know especially with a team like Brooklyn, who has more than enough cap space to inflate the numbers quickly. If you are Sixers GM Bryan Colangelo, do not get into a bidding war with Nets GM Sean Marks, you will not win as our esteemed columnist Adio Royster stated.

If the Sixers are able to get Waiters between the $8-$10 million per year range, then they should sign him for at max a three-year deal, with the third year being a team option. Over those first two seasons, they will see if Waiters will be a fit going forward with their young nucleus or become a free agent signing bust.

Nevertheless, free agency should be fun for the Sixers as they are on the cusp of something special. With Embiid, Fultz, Saric, and Simmons leading the charge, who knows what this team is capable of doing. The front office just needs to be smart in free agency and not try to swing for the proverbial fences.