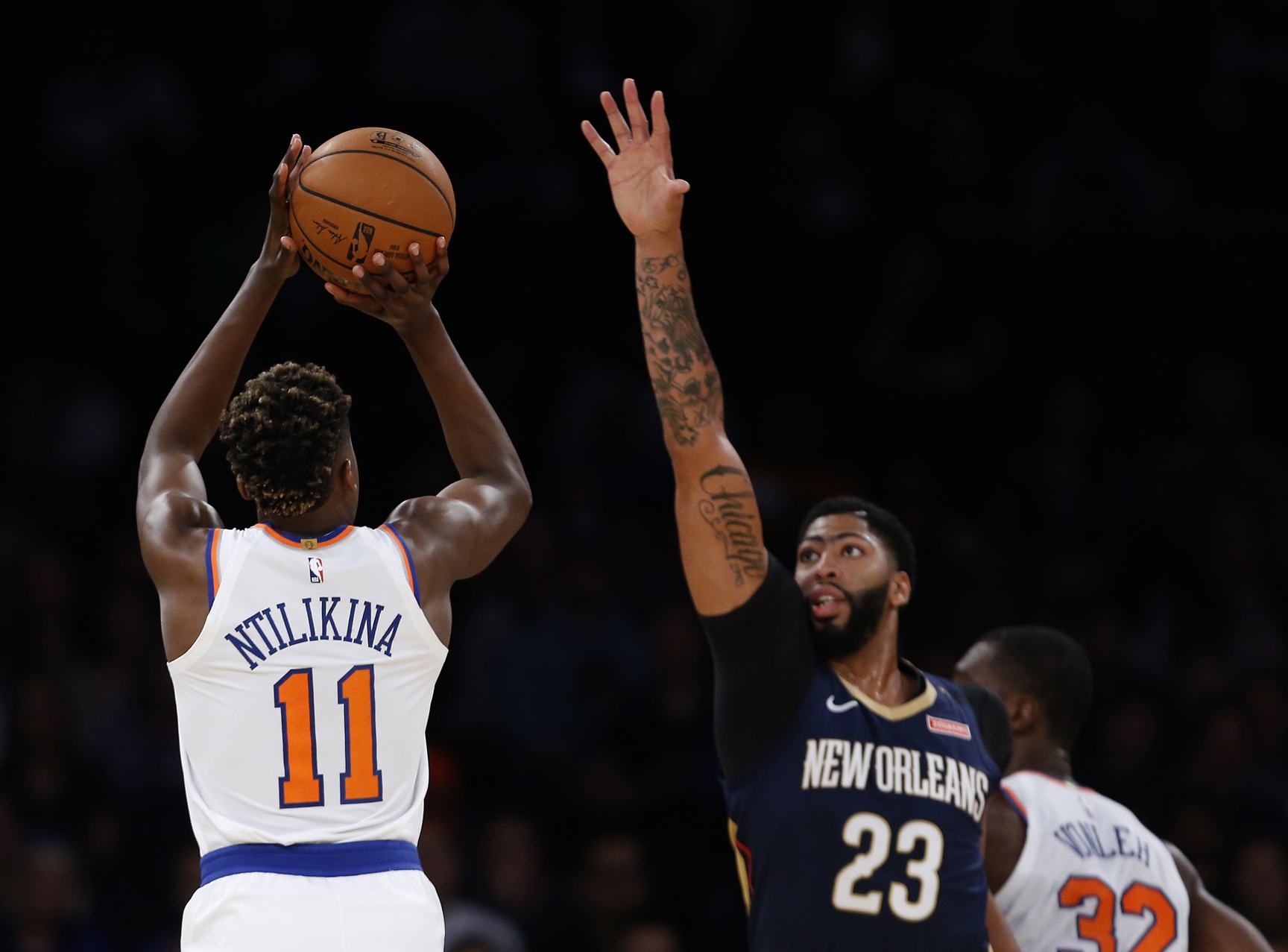 There may not be many wins to go around at the Garden this year, but player development is key. The lanky Frenchman Frank Ntilikina is the young gun to watch, as sophomore success for him could bring benefits in the future for New York.

Stop me if you’ve heard this before, but the Knicks are in for a rough season. Their projected win total sits at 28 (they should likely go under), and they’re without stud Kristaps Porzingis until who knows when. However, all is not bleak. Kevin Knox, Frank Ntilikina, and Mitchell Robinson have all shown promise to develop as a young core. David Fizdale may already be the best coach they’ve had in years, while management has shown restraint on making win-now moves and wants to do things “the right way.” This is very important with legit rumors that Kevin Durant or Kyrie Irving could come to MSG in 2019.

That makes this year a bridge year. The goal: lose a lot of games, develop young players, get KP healthy, send Joakim Noah into outer space, acquire star free agents, profit. It’s a bit difficult to determine an x-factor for a team like that, so allow me to redefine the term x-factor. For the Knicks, I feel like it’s a player that shows signs of surpassing his current perceived ceiling, even if that doesn’t directly translate to wins this year.

If you’re looking for an x-factor that could really help this team hang around for the eighth seed until March, perhaps I’d direct you to Lance Thomas. But as a Knicks fan and a forward-thinking NBA mind, that’s not what we’re looking for here. Given that Knox and Robinson are rookies and their ceilings are still pretty high, the x-factor for this Knicks season (and subsequently, their future) is Frank Ntilikina.

Frank’s rookie year was, at best, uneven. He was often too passive, averaging only 3.2 assists per game as a rookie, and he didn’t show any elite flashes on offense. That’s why everyone criticized the Knicks for not taking Dennis Smith Jr. or Donovan Mitchell. Mitchell is a clear stud, but no one saw that coming. However, I’d much rather have Frank than Smith, and that’s because his highlighted skill relies on the other side of the ball. Would you rather have a ball-dominant athletic freak, or a limited offensive player that can lock down the top point guards in the league? In today’s NBA, it’s a no-brainer.

Ntilkina is already an excellent perimeter defender at only 20 years old. He put on some weight in the offseason and now may be tasked with sometimes guarding even bigger players. This is exactly what New York needs, especially when Porzingis, Knox, and any future free agents will likely carry the load offensively.

But if Ntilikina can improve his offensive game, show the ability to create for his teammates, be aggressive, and shoot a respectable number from three (he only shot 32 percent last year, but that’s not terrible for an offensively challenged rookie), that changes the whole complexion of the Knicks. Not only would they have a supreme defender in their starting backcourt (Ntilikina would fit perfectly next to Irving by the way), but they’d also have a player who wouldn’t be targeted on the offensive end by getting the Andre Roberson treatment. Sure, that isn’t a huge factor until the playoffs and the Knicks are a ways away from there, but a hypothetical starting five of Porzingis, Irving, Durant, Knox, and Ntilkina with a better offensive game gives the Knicks their very own death lineup, arguably without flaws.

All of that is hypothetical. It’s far from a sure thing Durant and Irving come to New York next summer. But the fact is, the Big Apple is still a free agent destination, and the Knicks will go out and get a star player sooner or later. Whoever they are, they’ll likely want the ball and for someone else to do the dirty work. Frank can already do that, but if he improves on the other end of the floor, he could develop into a very complete role player. And that would take the Knicks’ ceiling to a whole ‘nother level.