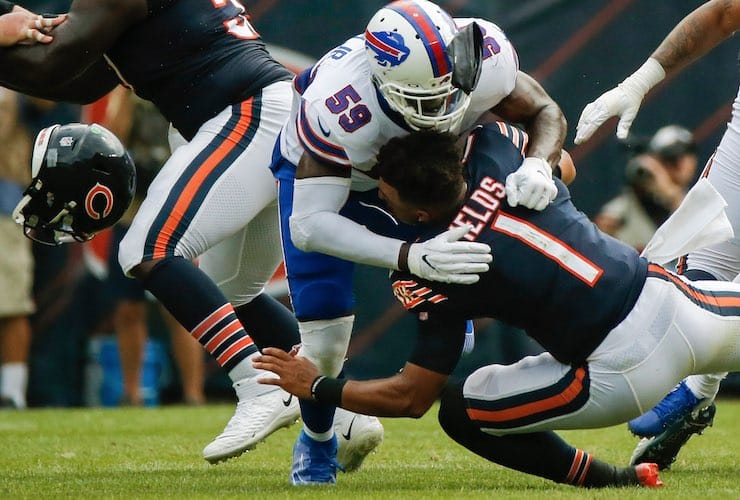 Apparently, the NFL has taken notice and will be cracking down on the number of these infractions in 2022.

Last season, defensive players set a record with 149 pass interference penalties. While part of that had to do with the first-ever 17-game season, the average roughing the passer calls per game also increased.

What Difference Will The NFL Rule Changes Make?

NFL officials are expected to ease up on roughing the passer calls in 2022.

Since 2011, any contact by a defender that could cause a quarterback’s head to move would result in a penalty.

While the league is still designed to protect quarterbacks, incidental contact is less likely to be flagged this year.

Pass-rushers that try to “match” a quarterback’s throwing hand to block or bat a pass will not be flagged for incidental contact to the head unless there is a “violent, swinging, or thrusting” motion.

Of course, that didn’t stop the first play of the preseason to end up with a mind-boggling roughing the passer call.

Walt Anderson, head of officiating training and development, was in charge of educating NFL officials of the new rules during the offseason.

Perhaps the officials didn’t get the memo in time.

On the very first play from scrimmage of the preseason this was flagged for roughing the passer 🤷‍♂️ pic.twitter.com/a8cjOfU2NU

According to the league, the rule changes should help clean up the game and result in less roughing the passer penalties called in 2022.