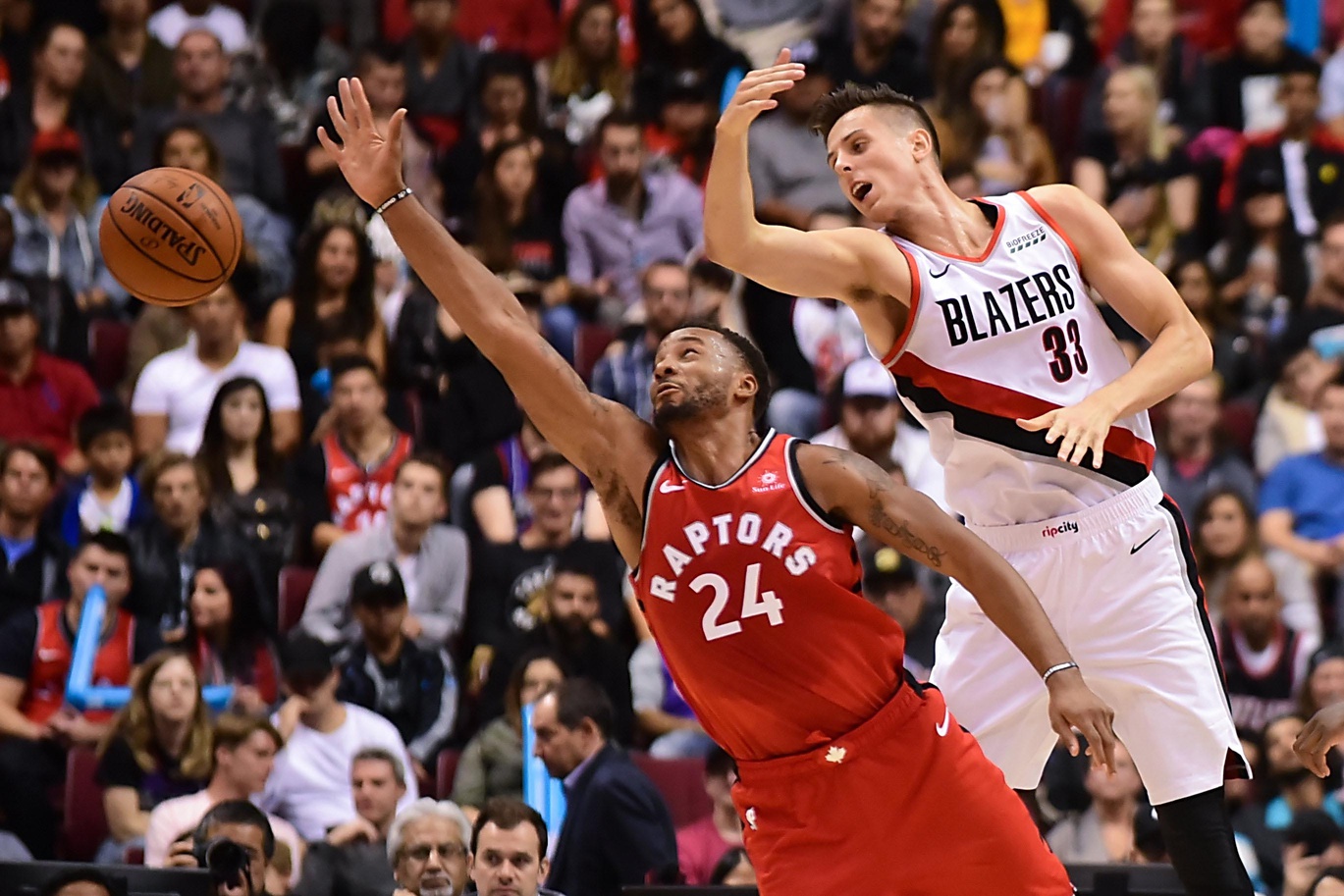 Zach Collins was supposed to be a long-term project for the Trail Blazers, a raw two-way talent who was acquired with the tenth pick in the 2017 draft. A pick which the Blazers acquired after trading away the 15th (Justin Jackson) and 20th (Harry Giles) picks.

In the 2017 Summer League, Collins was limited to only playing two games after suffering a quad injury. In those three games, Collins showed what everyone already knew: he’s a solid defender who lacked strength and required polish on the offensive end.

Through the first 24 games of the season, Collins played in only eight contests and played an average of under five minutes – then everything changed. Since then Collins saw consistent playing time through to the playoffs, playing alongside Ed Davis, who provided a steady veteran presence for the young rookie.

The numbers for Collins during his rookie campaign weren’t very impressive to say the least, which had people prematurely calling him a bust. But what the numbers don’t show is the steady improvements he’s made in terms of his understanding of the game and acclimating himself to its speed. By the end of the season, there were times when head coach Terry Stotts decided to finish close games with Collins instead of his starting center, Jusuf Nurkic.

In the offseason, Portland decided not to re-sign Davis with the intentions of having Collins play closer to the basket, log more minutes, and play a bigger role off the bench. Since the start of last season, Collins has put on an extra 20 pounds and claims he consistently hits 240 on the scale. With strength having been one of his main weaknesses during his rookie campaign, the added weight will be needed. His role is now much larger, as he will be expected to anchor the defense of the second unit while being a reliable presence on the boards.

Everyone knows what to expect night in and night out from Portland’s star guards, Damian Lillard and C.J. McCollum, as the two will carry the majority of the offensive load with Nurkic contributing as a third option down low. The rotation of the second unit, however, is still a mystery, as the team added players through both the draft and free agency in Seth Curry, Nik Stauskas, Anfernee Simons, and Gary Trent Jr. Also, players who sat on the bench for most of last season (such as Meyers Leonard, Caleb Swanigan, Jake Layman, and Wade Baldwin) will be looking to crack the rotation. If Collins can be a consistent force for the Blazers and improve upon last season (and they definitely need him to), perhaps they’ll fare a little better once the postseason rolls around.