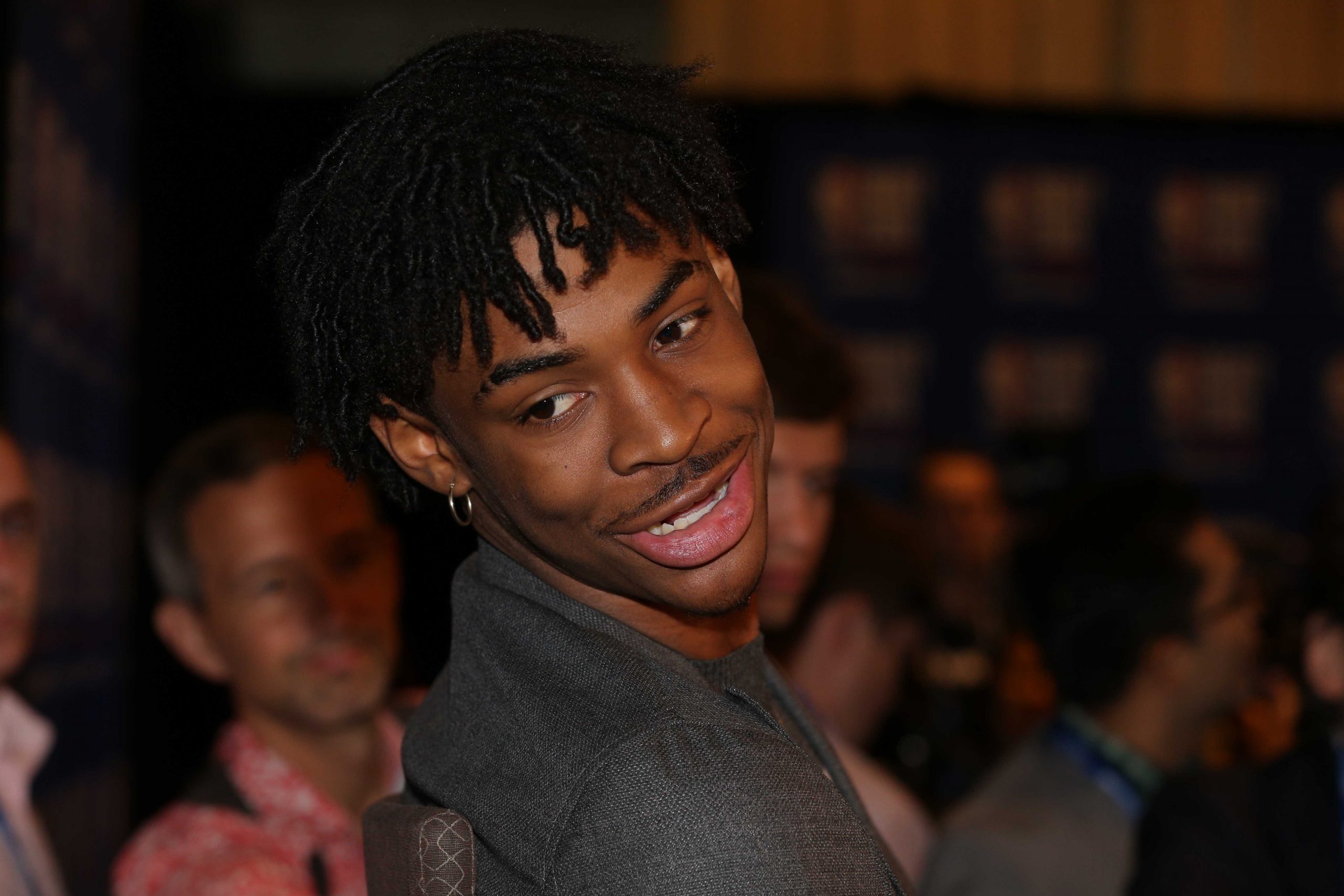 A late-bloomer, Morant was lightly recruited and ended up at mid-major Murray State. All the hype since then has been earned and then some. The statistical production and highlight reels speak for themselves, so let’s try to break down his tool box and evaluate how translatable it will be against NBA length. As a point guard the first thing that stands out is his court vision and knack for threading spectacular passes through tight spaces. They say his hands are large like Rondo’s and that will play a role in him improving on the assist/turnover ratio. The unselfishness and intelligence are clearly there so with a little more seasoning and experience he should be able to make prudent decisions of when and where to try the flashy pass. The live dribble is fluid and he’s constantly scanning the defense. He loves running the PnR and will be well suited by a team that can provide him lob catchers and pick-and-pop targets.

For any guard in the current NBA landscape the ultimate ceiling of their capacity to dominate a game will boil down to their gravity and ability to stretch the floor. In this regard there are serious concerns with Ja’s shooting form and consistency. The mechanics are goofy with a low shooting pocket, glitchy release, and bent elbow. Interestingly the results have been much better than expected this season and it remains to be seen if this was an outlier or the start of something positive. Certainly not a reluctant shooter, Ja’s pass first mentality will still dictate how he runs the offense. In this regard he is much like Trae Young. Trae has a slightly tighter handle and significantly better range and consistency on the 3 ball. It might be too much to expect Ja to catch up with Trae as a shooter which is why offensively he will need to become effective looking for his spots in the paint and finishing with both hands. Expect NBA defenses to give him space and pack the paint early on.

Defense is where Morant can become extremely frustrating. As the fulcrum of the offense he clearly takes plays off on the other end – reminds me a lot of Russ Westbrook in this regard. All the physical tools are there but the effort, instincts, and fundamentals leave a lot to be desired. Point guards aren’t expected to lock down other stars in the NBA, but that doesn’t excuse Ja from being a subway turnstile. With a solid wingspan and quick hands at the very least Morant can make more of an impact in the passing lanes and on shot contests.

The Mike Conley trade all but seals Ja’s status as the starting point guard for the rebuilding Memphis Grizzlies. This pits him as the general of a juicy PnR and PnP partnership with Jaren Jackson Jr. This is probably the ideal fit. The Grizzlies will give Morant a long leash and the opportunity to learn from his mistakes. The experience he gains from playing with another great young player that complements his skill set could set the wheels in motion for long term success. Now if JJJ’s defensive impact rubs off on Ja, that would be the ultimate icing on their cake.