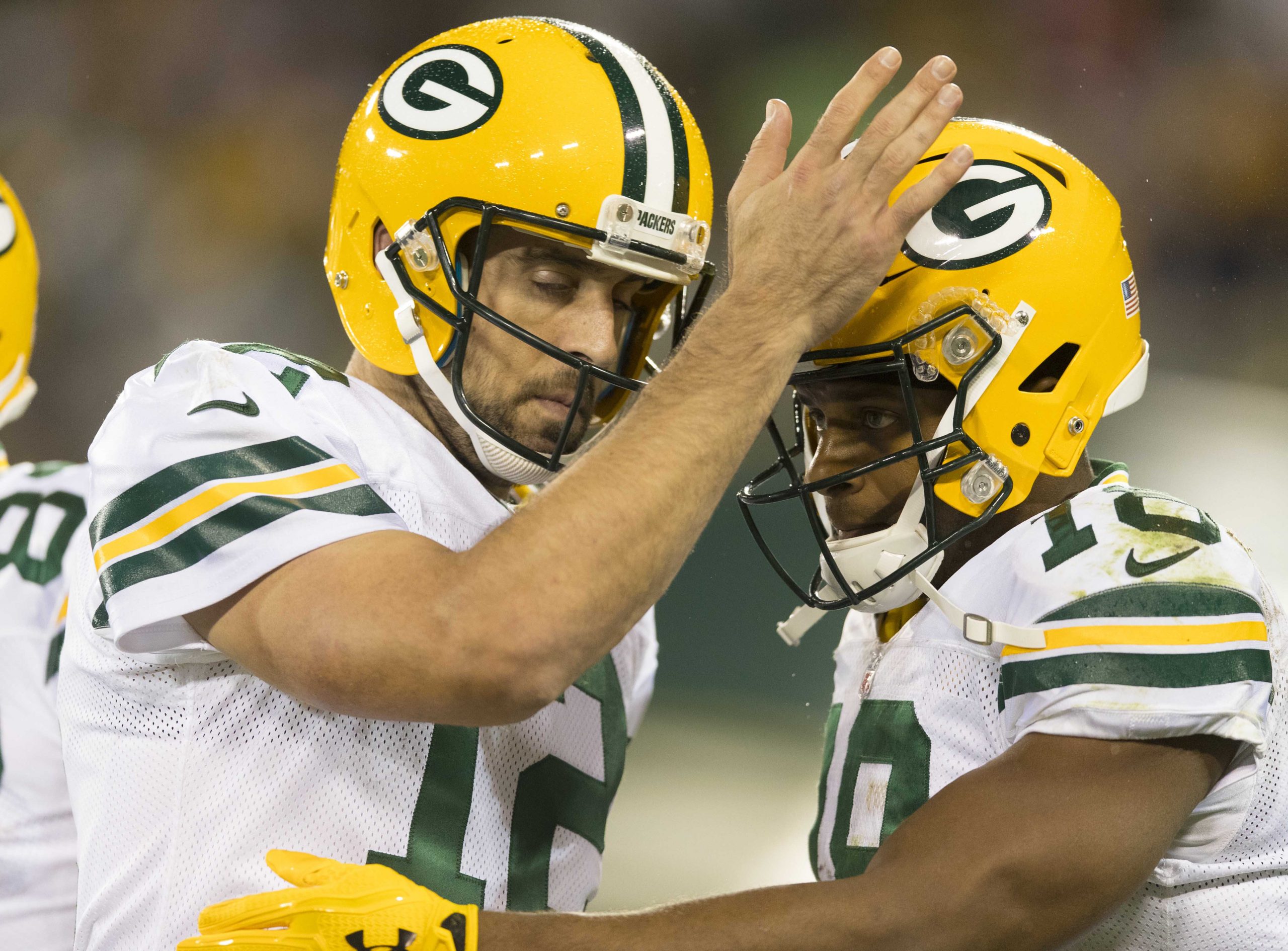 The Green Bay Packers are set to finish the 2020 regular season Sunday in Chicago. With a win, the Packers can clinch the top seed in the NFC playoffs and a first-round playoff bye.

Here is a look back at the Packers most memorable season finales. Games are ranked by their importance, drama and excitement and where they fit in to Packers history. Feel free to comment on these games or mention some that you remember and feel belong on the list:

The Packers had already clinched the NFC North the previous week by beating the Vikings in Minnesota, but they needed this win to clinch a first-round playoff bye.

Unfortunately, the Pack stumbled early and trailed 17-3 at the half even though Detroit was starting third string quarterback David Blough.

The Packers stormed back in the second half and got back into the game. Aaron Rodgers found his game and threw touchdown passes to Davante Adams in the third quarter and Allen Lazard in the fourth.

Blake Martinez came up with a key fourth quarter interception that helped turn the tide. With time running out, Rodgers found Aaron Jones on a short pass that Jones turned into a 31-yard gain. That set up Mason Crosby for the game-winning field goal which he kicked on the game’s final play.

It was the second time the Packers beat the Lions that season without leading at any point during the game except at the final buzzer. Final score: Packers 23, Lions 20. The Packers finished Matt LaFleur’s first season with an impressive 13-3-0 record.

The Packers needed a win to clinch the NFC North title and Aaron Rodgers made sure they got it. A-Rod threw for 300 yards and four touchdowns including two to Davante Adams as the Packers earned the road win.

Green Bay trailed at the half 14-10 but Rodgers picked up his play in the second half and threw three TD passes, two to Adams and one to Geronimo Allison.

The Packers led 31-17 late when Matthew Stafford found Anquan Boldin for a 35-yard scoring play with 13 seconds left. The Packers recovered the ensuing onside kick and clinched their fifth division title in the last six seasons.

The Packers headed into this game with a 9-1-0 record and were riding an eight-game winning streak, but they still needed a win in this game to ensure themselves of a tie with the Bears in the NFL’s Western Division. Chicago also was 9-1-0.

The Packers stumbled early as Sammy Baugh led Washington to a 17-0 lead at the break by throwing a 41-yard touchdown pass to Bob Seymour.

In the second half, the Packers quickly bounced back as Cecil Isbell threw three touchdown passes to Don Hutson of eight and three yards in the third quarter and then a 40-yard bomb in the fourth quarter that gave the Packers a 20-17 lead.

The Packers added a late safety and won the game 22-17 to guarantee themselves a playoff game against the Bears if Chicago won their season finale.

In the game, Isbell set a new NFL record for most passing yards in a season with 1,479. Hutson led the league with 738 receiving yards.

Unfortunately, the Bears beat the Packers in the playoff game, 33-14 to end Green Bay’s title hopes.

Vince Lombardi won his first division title as a head coach as the Packers defeated the Rams in Los Angeles 35-21. Bart Starr didn’t throw often, but he was very efficient, completing 8-of-9 passes for 201 yards and two touchdowns including a 57-yard scoring strike to Max McGee and a 91-yard bomb to Boyd Dowler. Starr had a perfect quarterback rating for the game.

Paul Hornung ran for a touchdown and threw for another on a 40-yard halfback option pass to McGee.

The Packers added a special teams touchdown when Paul Winslow recovered a blocked punt in the end zone for another score.

After the win, the jubilant Packers lifted Lombardi on their shoulders and escorted him off the field. The Packers lost the NFL title game to the Philadelphia Eagles that year 17-13. It was the only postseason loss of Lombardi’s career.

The Packers needed a win in their final game of the 2010 regular season to qualify for the postseason as a wild card and they got it in a close 10-3 victory over the Bears at Lambeau Field.

The game turned out to be a defensive struggle. The Packers sacked Jay Cutler six times led by two by Erik Walden. The Packers defense limited the Bears to 227 total yards of offense for the game.

The Bears took a 3-0 lead at halftime on a 30-yard field goal by Robbie Gould. Green Bay answered in the third quarter on a 23-yard boot by Mason Crosby.

Aaron Rodgers threw the only touchdown pass of the game in the fourth quarter when he found tight end Donald Lee on a one-yard score. Rodgers finished the game with 19 completions in 29 attempts for 229 yards.

Chicago started its final drive at its own 2 with less than five minutes left in the game. Cutler led the Bears downfield until Nick Collins intercepted a pass deep in Green Bay territory to clinch the win and a playoff berth for the Packers.

The Packers and Bears met again three weeks later for the NFC Championship Game in Chicago. Green Bay won that game as well and later defeated the Steelers to win Super Bowl XLV.

The Green Bay Packers needed a win in their final game of the 1995 season to capture their first NFC Central title (in a non-strike season) since 1972. The team had reached the playoffs as a wild card the previous two seasons but needed a division win to take the next step in its development.

The Packers led 24-19 late in the game, but the Steelers were driving and the lead was slipping away. Neil O’Donnell drove the Steelers deep into Green Bay territory with a chance to win the game.

It all came down to a 4th-and-goal from the Green Bay 6. O’Donnell threw for wide receiver Yancey Thigpen on fourth down in the end zone, but the ball bounced off Thigpen’s hands and fell to the ground. The Packers were division champions.

Brett Favre threw for 301 yards and two touchdowns for the Pack. He was briefly replaced by backup Jim McMahon when he took a hard sack in the second half but managed to return to the game.

The win allowed the Packers to finish the season 11-5-0 and guaranteed they’d host a playoff game. Green Bay hosted Atlanta the following week in the opening round of the playoffs. After beating the Falcons, the Pack upset the 49ers in San Francisco and advanced to the NFC Championship Game for the first of three straight appearances.

The 2013 season was a difficult one for the Green Bay Packers. They were off to a strong 5-2-0 start to the season when starting quarterback Aaron Rodgers went down with a fractured collarbone that sidelined him until the season’s final game. Without Rodgers, the Packers sputtered, going just 2-5-1.

But Rodgers returned to action in time for the Week 17 meeting with the Bears and incredibly enough, the winner of this game would win the NFC North title.

The game was a close one with the lead changing hands six times. Green Bay trailed 28-20 early in the fourth quarter when Jay Cutler connected with wide receiver Brandon Marshall on a five-yard touchdown pass.

But Rodgers found a way to lead his team back. A six-yard touchdown run by running back Eddie Lacy pulled the Pack to within one point. The Green Bay defense held and set up Rodgers and the offense for one final drive.

The game came down to one last play. The Packers faced a 4th-and-8 at the Chicago 48-yard line with just 38 seconds left on the clock. Rodgers was pressured but eluded the rush, extended the play and found a wide-open Randall Cobb for the game-winning score. It was Cobb’s second touchdown pass of the game. The veteran wide receiver had been out of the lineup since Week 6 with an injury.

Rodgers finished the game with 318 yards and two touchdowns. Jordy Nelson led all Green Bay receivers with 10 catches for 161 yards.

“This is a special group of guys who’ve been through a lot,” Rodgers told reporters after the game “It’s been a roller coaster.”

The division title was the third straight for the Packers who had reached the playoffs for the fifth consecutive season.