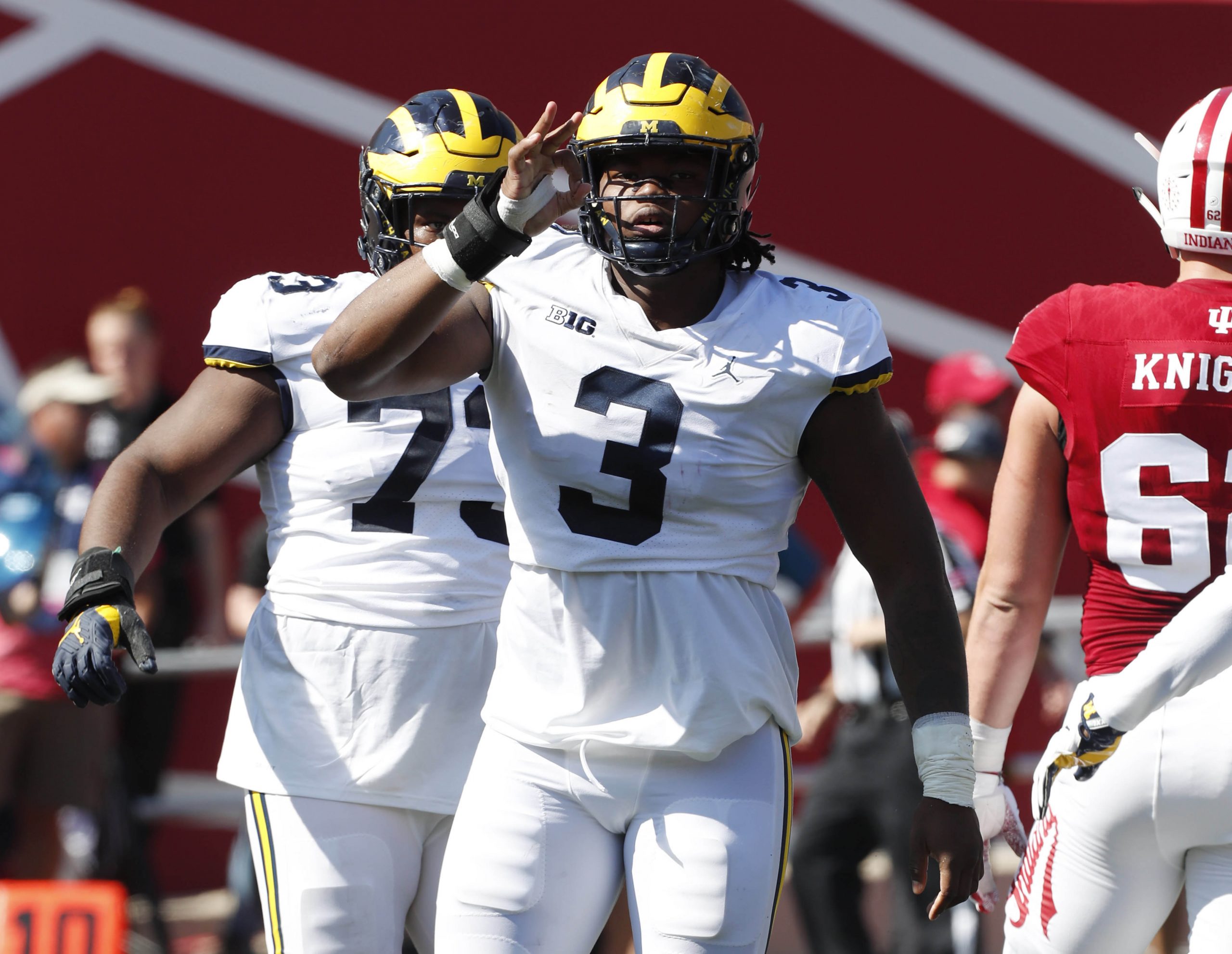 The start of rookie camp was an exciting moment for Packers first-round pick Rashan Gary. The 12th overall selection in this year’s draft out of Michigan felt an immediate connection to his new team when he first put on a Packers’ jersey.

“I just stared at it [my jersey] for about five minutes,” Gary told reporters after the first day of rookie practice in Green Bay. “Just wearing that gold and green there’s just something about it. Coming to an organization like this you understand the players that came here before you. And the standard you need to uphold. Coming from Michigan, there’s nothing but high standards from the players, the coaches and the fans. It’s the same thing here times 10. I’m happy the way it is in gold and green.”

Gary is approaching his new job with a combination of enthusiasm and maturity. Right now, he is just excited to be on the practice field with his new teammates.

“I’m learning my position and what I need to do. I like to compete and working on my craft. Everything I do I need to do 100 percent,” Gary explained. “We all have the same goal and that’s to win a Super Bowl. We’re all on the same page and we’re all pushing each other and that’s great.”

One issue that had many Packers fans concerned was Gary’s injured shoulder. He played with a brace at Michigan and has opted to continue to wear it for now. “I’m comfortable wearing the brace. Me and the trainers just decided to wear it and I feel comfortable playing with it,” Gary said.

He reiterated that he would not require surgery and “110 percent healthy.” Gary was able to bench press 225 pounds 26 times at the combine and seemed to maneuver quite well on the practice field.

Gary is also learning a new position. Although he lined up primarily as a defensive lineman in Ann Arbor, he will be playing outside linebacker in Green Bay. Gary did occasionally drop back into pass coverage in college and said he isn’t concerned about doing it in the NFL.

Right now, Gary said he was “learning what I need to do with my eyes” when he drops into coverage. “The two guy, the three guy. Working on my keys and knowing where my eyes are in the right place.”

Gary created a little bit of controversy when he got number 52, which was worn by former Pro Bowl linebacker Clay Matthews for the last nine seasons. Gary admitted he asked to wear the number when he joined the Packers, but he also showed a lot of respect for Matthews and what he accomplished during his time in Green Bay.

“I requested it. Five minus two equals three and I wore three in college,” Gary said. “Clay Matthews is the guy. I used to watch his game a lot. I’m a bigger type guy but just watching what he used to do, his passion for the game, I loved it. As soon as I saw it was open, I had to take it.”

Gary was also excited to find out his locker would be right next to two veterans at outside linebacker, newly signed free agents Preston and Za’Darius Smith.

“That’s a lot of knowledge that I can’t wait to soak in,” Gary said. “It’s a blessing to be here and to be around veterans like that that’s been in the game and been in big time situations and know what I need to do and how to take my game to the next level. That’s two guys I really need to look up to and pull all the knowledge out of them.”

Many fans and members of the media questioned Gary’s lack of big-time statistics in college and Gary was certainly aware of it but would rather let his play on the field be his response. “Every player knows what’s been said about him,” Gary admitted. “At the end of the day, my job is to get better day by day and I don’t want to speak about that, but you guys keep watching and tell me later on.”

The Packers weren’t all that concerned about his stats. Shortly after the pick was announced, Packers scout Joe Hueber told reporters, “He commanded a lot of attention at Michigan, double teams, triple teams, taking on the tight end. You saw it in some of his teammates. They got freed up and they were able to get production. It’s not like he wasn’t impacting the game. You watch him, he was all over the place, getting off blocks, and getting pressure too.”

Right now, Gary knows what he needs to do and he’s ready for this new journey to begin. “I’m happy I’m a Green Bay Packer now,” he said. “[My goal is] every day just to better myself. Putting in extra work and watching extra film. It’s just doing what I’ve got to do and that’s getting better day by day.”