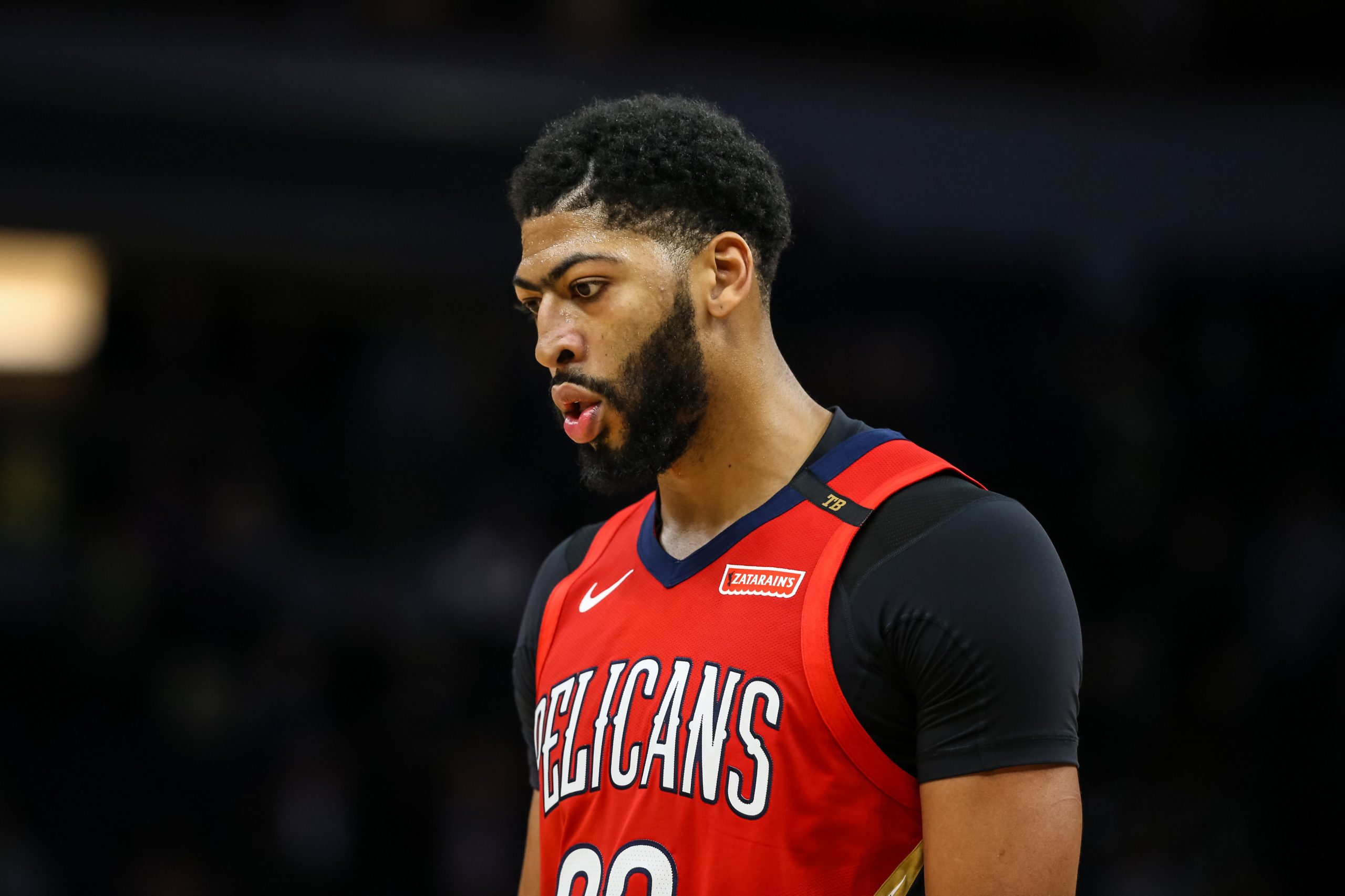 Did you hear that noise?

That was all of Boston and New England reaching for their prayer beads. For a while now, Cs fans have had February 7th circled on their calendar. If that day came and went with Anthony Davis still being a Pelican, then it meant the Celtics had an excellent shot of trading for him in the offseason.

All of that changed when Woj detonated another bomb yesterday morning.

Upon first glance, this is horrible news for the Boston faithful. For years it has been known that General Manager Danny Ainge has coveted Davis. In fact, the acquisition of Davis was the reason Ainge has been stockpiling assets over the last few years. Now, all of those efforts have been for nought.

Take a deep inhale and then exhale slowly, Celtic fans. I have a handful of reasons the Celtics are still among the favorite to land arguably the most talented power forward to ever play the game.

There are ten days until the trade deadline (2/7) comes. That is all. Ten. Little. Days. Presumably, ever single team in the league will place a phone call to New Orleans GM Dell Demps. Some trades happen quickly, other ones take months to build up to.

If you think the Pelicans are going to get rushed into trading their most coveted player ever, you may be on your own here. If Davis were on an expiring contract, and therefore liable to walk away in free agency for nothing in return, this would be a different story. Davis’ contract length means the Pelicans can wait until the offseason to reevaluate trade packages. What’s more, they have intimated that they will do so.

…"our organization's top priority is to bring an NBA championship to our city and fans build our team for long-term success. Relative to specific talks of a trade, we will do this on our timeline. One that make sense for our team and it will not be dictated by those outside…" https://t.co/InAp332vtV

Make no mistake, agent Rich Paul chose the timing of this demand on purpose. Despite what Woj reported, he wants the Pelicans to have to make a decision and make one now. He also does not want this to drag on and risk Davis’ narrative turning into one where he is seen as a villain. If this request was made months ago, Davis may already have lost some luster with fans by now (as if that matters, though.)

Do not expect the Pelicans to be pressured into making what will be their most important franchise decision ever. They may not be the most competent group of executives in the League but, they are not that short sighted.

The “Killing the Locker Room” Myth

Take a look at this Chris Haynes quote from his latest piece concerning this trade request.

“New Orleans will not be pressured by the Feb. 7 trade deadline, sources said, but holding a disgruntled star against his will could prove to be detrimental in the locker room.”

Interesting. Yet, according to Haynes, the Pelicans locker room was not shocked by this news, implying that they had somewhat expected it. In other words, Davis was not coming out of left field with this information. Haynes wrote,

“Davis informed teammates of his intentions before addressing the front office and none of his teammates was surprised, sources said.”

Let’s be human beings for a second. One of your friends and teammates is a superstar. He work his tail off for his team and team still cannot break into the upper-echelon in the West. He wants bigger and better things. Your team was not going to win the title anyway. Making the playoffs was in doubt since the first day of the season. Will this poison the locker room?

You tell me. These are professionals, it would not be absurd for for them to act like it. Still, let’s pretend they are like all humans and prone to being emotional. Pretend the locker room culture takes a turn for the worse. Well, the Pelicans season will end when the regular season does, and that day is April 9th. New Orleans brass can withstand about two and a half more months of dysfunction if it means getting a better deal in the offseason.

Two and a half months is not a long time, not if it means landing Jayson Tatum and loads of potentially high draft picks. Speaking of which.

Here is a statement I am going to throw out there and then brace for impact: Jayson Tatum’s rookie year was what people hoped Brandon Ingram’s current season would be.

Yes, the second-year Celtic has taken a step back concerning his efficiency. Yet, this is due to shot selection, not skill set. This may not need to be said but, Tatum is a better prospect than Lonzo Ball and Kyle Kuzma too.

Imagine the Lakers offer consists of Ingram, Ball, Kuzma and cap filler as well as picks. Which one of those prospects has All-NBA potential? Tatum is a prospect with untapped upside still and the potential to be a top-10 player in the game during his prime. The Lakers current top talent has stagnated or taken only the slightest of steps forward. Nothing suggests that core of young players will develop into the top-end NBA talent that Tatum appears to be headed towards.

Shoot, you could even argue the case for Jaylen Brown being a better long term prospect than the trio of young Laker stars. I did a quick comparison of Brown, Ingram, Ball and Kuzma’s most recent 26 games. Why 26? Because that is when Brown made the change to coming off the bench for the Cs.

Is Brown the playmaker that Ball is? No. Ingram is better in this regard too. Yet, Brown has made some strides in this department. He isn’t the best defender of this group either (Ball is) but, Brown has been revamped on that end of the court lately and possesses the psychical tools to be an elite defender. You may disagree but, it is in the reasonable realm of possibility that Pelicans execs could study Brown’s recent play and grade him similarly to either Ball, Ingram or Kuzma. Now, let us move on from the Lakers and look eastward.

Philadelphia can offer Ben Simmons. This one should make Celtic fans nervous. Simmons is often criticized for his lack of a jumper but it hasn’t stopped the Sixers from having one of the best records in the NBA over the last two seasons. Still, serious concerns about how his horrible shooting form will impact spacing, and therefore overall team playoff success, remain. A package of Simmons, Markelle Fultz, Wilson Chandler’s expiring contract and future firsts is tempting, but is there something better out there?

Now consider this package: Tatum, Al Horford’s expiring (if he opts in), Robert Williams and at least four first round picks.

The Simmons package is enticing and the Sixers can throw in Zhaire Smith if they need to. It would be reasonable, however, to believe the Pelicans view Tatum as the better long term prospect due to Simmons’ lack of shooting. Tatum is no defensive slouch, either. They may also want the bevy of (possibly high) draft picks from the Cs as well as promising big man Williams.

Rational people can debate who can offer the best package. We didn’t even scratch the surface on a Knicks trade either. A general consensus seems to be forming however, one that argues that the Celtics have the best long term prospect available and the best cache of draft picks. The Pelicans will have this debate and there are good odds they want a future Celtic offer, which mean Davis could be a Pelican come February 8th.

P.S. Trading Tatum for Anthony Davis is absolutely the right move for Danny Ainge, even if Davis is a flight risk in free agency.