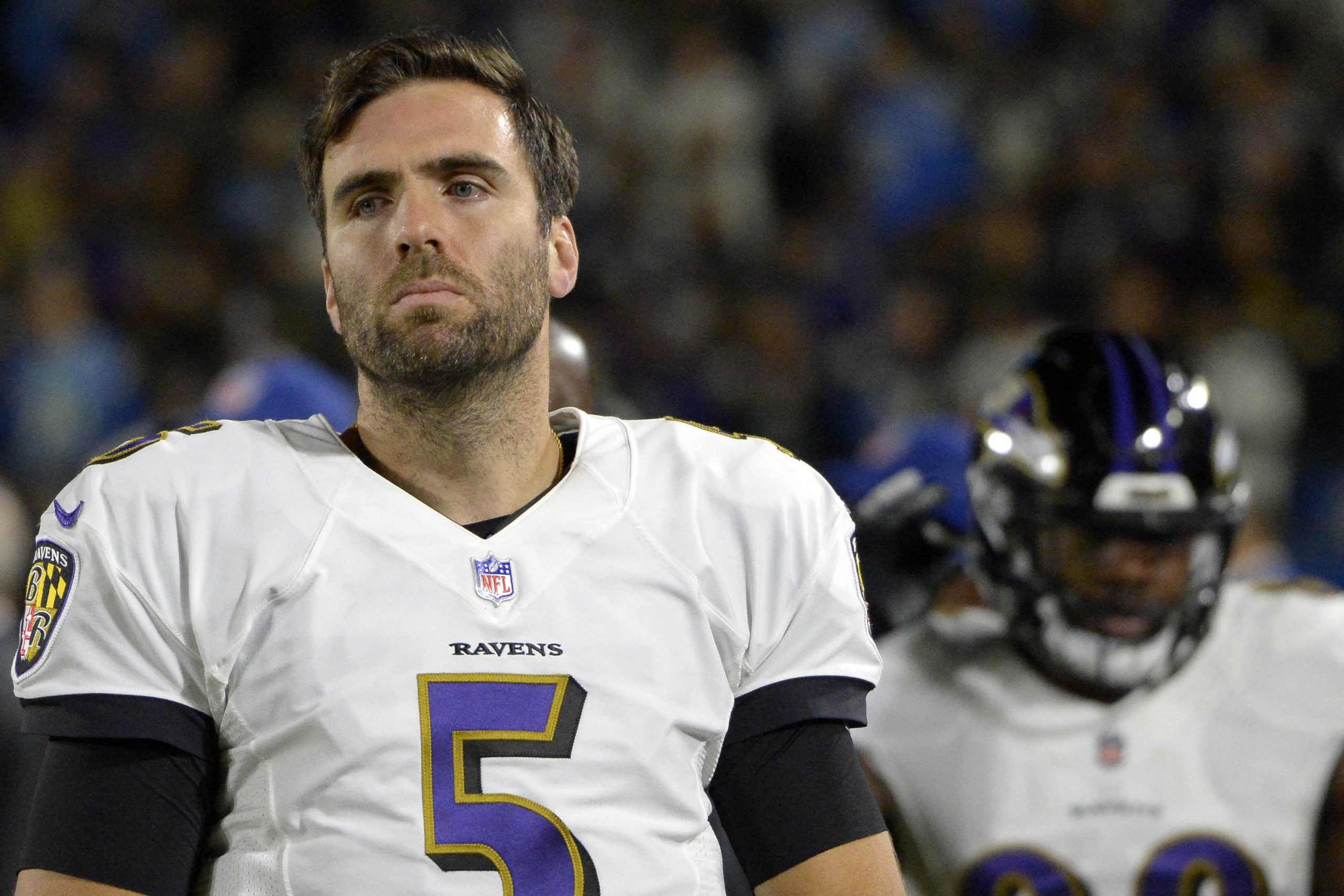 The New York Jets got some fortunate news when they found out that Zach Wilson is not going to be on the injury list for more than four weeks. That four-week timetable is a hopeful idea from the Jets and it looks likely at the moment. During the first preseason game of the year for New York, there was fear that Zach Wilson tore his ACL.

With Wilson likely missing the first week or two of the regular season, there is a possibility that Joe Flacco is going to be the guy to run the quarterback position.

Joe Flacco Could Be Jets QB1 While Wilson is Out

According to NFL.com, Saleh had the following to say:

“Joe’s a pro. He’s been there, he’s done that. He’s been a Super Bowl MVP, a world champion. He’s gotten the big contracts. He checks about all the boxes you can check,” the coach said Sunday via the team’s official website. “I think he’s going to be fine, especially for the remainder of the preseason. We’ll see everything else with Zach’s knee, but we have all the faith in the world in Joe.”

Flacco spoke earlier in the year and was ready to do whatever it took to make him and his teammates better, according to NFL.com:

“I’m happy with my role. I love being here, being completely focused on whatever I’m doing right now,” he said. “After practice, I want to be able to say I had the best day that I’ve ever had. Right now that’s what I’m focused on. I’m happy with what I’m doing, helping out a young guy. I wouldn’t be doing this if I didn’t have the desire to be good at what I do and didn’t believe I could play this game.”

Jets Could Go After Jimmy Garoppolo

There’s a possibility that the New York Jets could go after Jimmy Garoppolo. There are a few different ways to look at it from their perspective, but if they’re looking to be competitive this season and Zach Wilson is going to require a longer time to get healthy, this is a decision that the Jets might make.