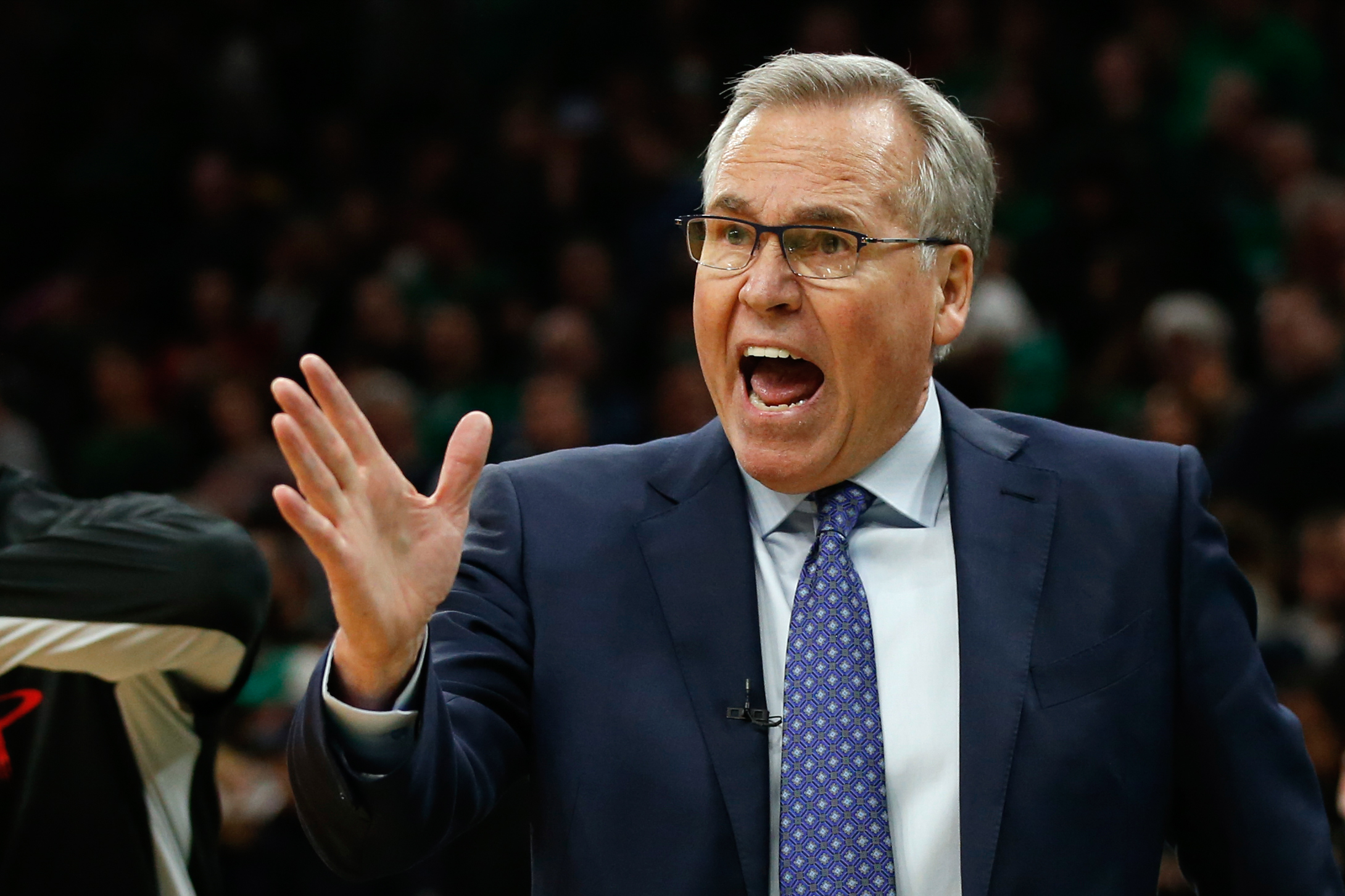 No one really nows what to expect once the 2019-20 NBA season resumes, and it’s opened the door for some of the teams that weren’t drawing much attention beforehand.

And one of those teams’ head coaches is feeling optimistic about his squad’s chances of winning a title.

Back in March, three NBA teams were playing at a level above everyone else — the Lakers, Clippers and Bucks. However, those three teams are among the four oldest (in terms of players on the roster), and it’s unclear how the league’s veterans will react in having started and stopped playing. It’s difficult for them to just “flip a switch,” and is easier said than done.

One of the teams that wasn’t getting much buzz was the Rockets, as their brand of “small ball” wasn’t projected to have been a style that can be successful in the playoffs, when the game slows down in the half court. But if you ask head coach Mike D’Antoni, they have as good a shot as anyone to win a title, in this wonky season reset and playoff format.

“I don’t think there’s anything comparable (to this),” D’Antoni said, via the Houston Chronicle. “And that’s one thing that we kind of hit on with the players. That, hey, this is unique. This is something that you’ll remember. No one has ever done this — and hopefully no one will do it again. So this is something very unique and very challenging. And the thing that’s going to be interesting here is just watch who can really perform.”

“We’re still knocking on the door and we feel like, yeah, why not us?” D’Antoni said.

James Harden is as good a scorer as anyone in the league, but the Rockets simply don’t have the size or the ability to make stops on defense to make a deep playoff run, in our eyes.