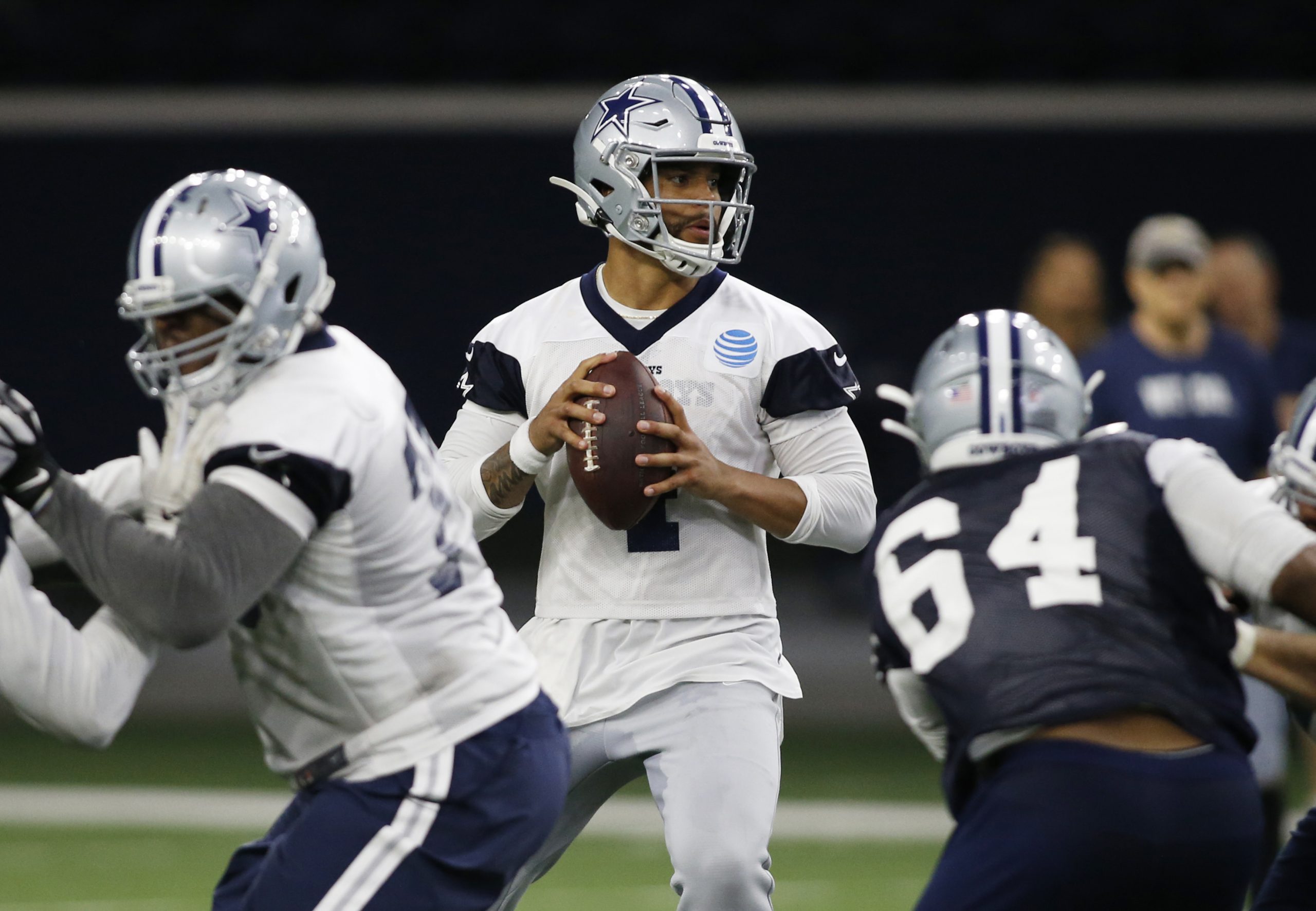 If the Dallas Cowboys are really intent on winning a Super Bowl within the next five to ten years, then they have some serious business decisions to make, and it begins at the top, with their starting quarterback, Dak Prescott.

Over the weekend, reports started circulating that the Cowboys are in talks of up to $105 million in guaranteed money for Prescott, which would make him among the highest paid players in football today.

At $33 million a season, Dak would be making just as much money as Aaron Rodgers, Ben Roethlisberger, Russell Wilson, and Jared Goff- all quarterbacks who have led their team to a Super Bowl.  Yet Dallas, is willing to pay their quarterback top money, after coming off an 8-8 season, and has just one playoff win in four seasons.

With that money, you’re expecting a Super Bowl, yet Dallas didn’t even make the playoffs this season.

Quarterbacks are everything in this league, they get paid the most money, Super Bowl appearances or not.  The 49ers signed Jimmy Garoppolo to a 5-year deal worth $137 million after just five games played with San Francisco.  The deal finally paid off this season when the 49ers made it to Super Bowl 54.

Perhaps a Prescott deal of the magnitude will eventually pay off, but you’re talking about huge amounts of money to a quarterback that has been somewhat inconsistent, especially considering the weapons and offensive line he’s played with.

Imagine Tom Brady, Aaron Rodgers, Russell Wilson, or Philip Rivers playing for the same Dallas Cowboys that Prescott has played for, and you’re talking playoffs and Super Bowl contention all four years.  With Dak, the Cowboys have missed the playoffs twice in four seasons, and therein lies the biggest question mark.

If Dallas is really intent on winning a Super Bowl, should Dak be among the highest paid quarterbacks in the league considering his resume?  Prescott is an awesome quarterback, one of the most durable in the league, and a gamer, but you’re talking about Dak getting paid all this money and putting his name up there with Wilson, Rodgers, and Big Ben- quarterbacks with multiple playoff wins and Super Bowls under their belt.

I like Dak, but for all the money you’re paying one player, out of 53, it seems like Dallas would be better off letting him walk, and then either signing another quarterback or trading for one, much cheaper, and paying other key position players the money needed to win in the playoffs.

From The Sporting News:

The Cowboys have more than $75 million in salary cap space available, but that number will shrink quickly to below $30 million once Prescott and Cooper get on the books with their deals. Should Cobb return on the cheap, there will be room to pursue 2-4 middle-tier free agents to either address current areas of need or help replace those who leave.

That’s five to six starters on defense alone, just for keeping Dak Prescott and Amari Cooper.  Now imagine what Dallas could do, if they signed someone like Marcus Mariota, Teddy Bridgewater, or traded for Andy Dalton?  They probably keep Jones for starters, a 2018 Pro Bowler, and maybe one of their defensive lineman, like Collins.

I know this whole idea is kind of crazy, but it’s also highly unlikely anybody other than the Cowboys is paying Dak $33 million a season, let alone $105 million in guaranteed money.  If Russell Wilson or Aaron Rodgers was a free agent, they’d get this money in heart beat, but Prescott?

He picked the worst year of his four seasons to ask for this amount of money.  When your starting quarterback had a losing record against teams with winning records this season (2-6), it’s difficult to justify this amount of money.  In those eight games, Dak threw for 10 touchdowns passes and seven interceptions.  In the other eight games against teams with losing or .500 records, Dak fired off 20 touchdowns and just four interceptions.

For all the money being thrown around, knowing the stats, play, and resume, if you’re a Cowboys fan, you really have to ask the question, should Dallas just let Dak Prescott walk?  It’s just a thought to ponder.