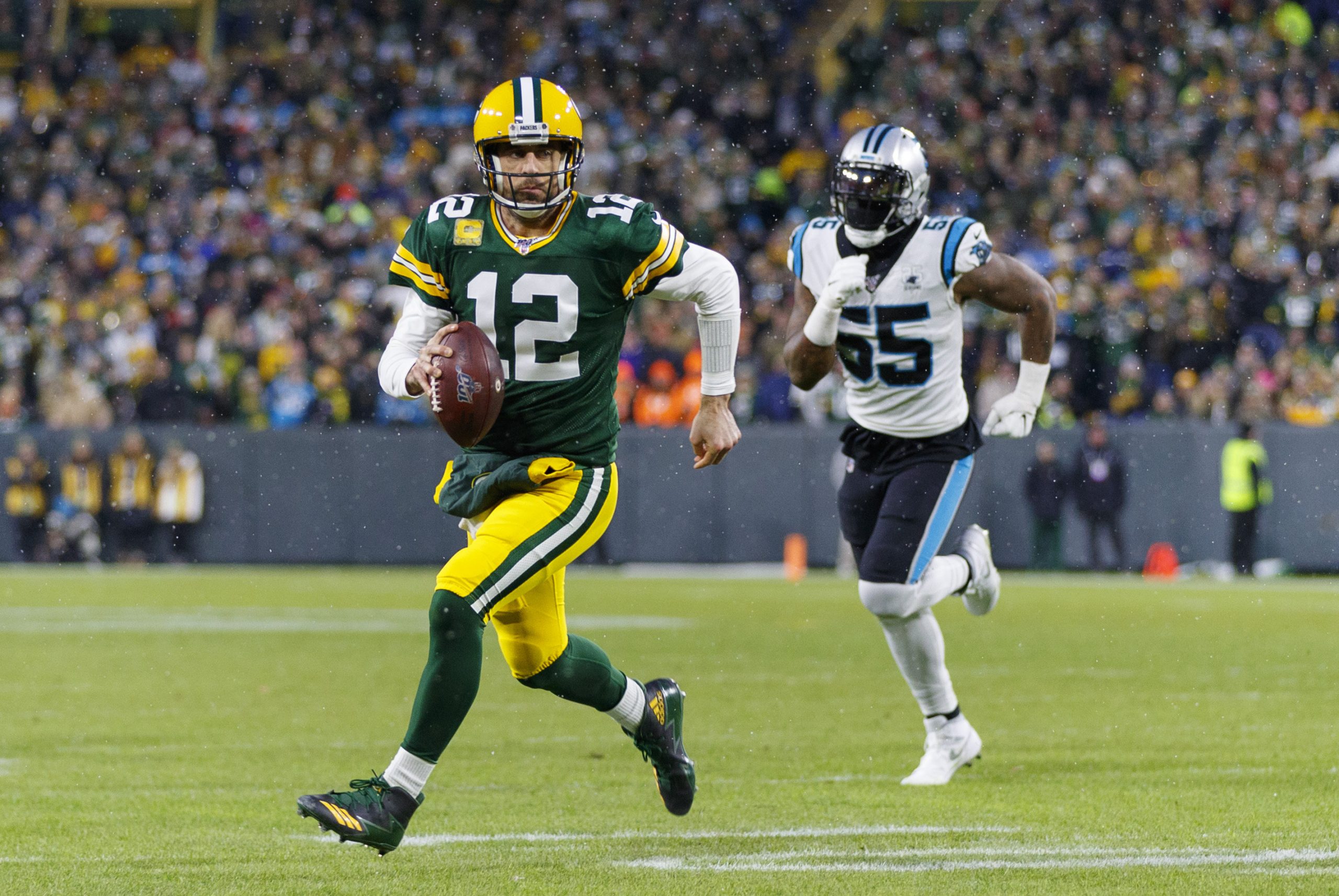 The Green Bay Packers return home this week to take on the Carolina Panthers in a nationally televised Saturday night game. The Packers are 10-3 after last week’s 31-24 victory in Detroit. The Panthers are now 4-9-0 after their 32-27 loss to the Denver Broncos last week. Carolina has now lost six of their last seven games. The Packers need a win to maintain their hold on to the top spot in the NFC playoff hunt and set up a bye in the first round of the playoffs.

The Packers lead the all-time series between these two teams 9-6-0 including a 24-16 win at Lambeau Field last season. The Packers defeated the Panthers in the only playoff game between the two teams in the 1996 NFC Championship Game.

With Christian McCaffrey unavailable, Anderson becomes the most dangerous weapon in the Carolina offense. The former Jets star leads the team with 83 catches for 996 yards and two scores. He has 19 catches in the last three games.

Anderson has good speed and is a deep threat. The Packers have a tough choice to make when figuring who should cover Anderson. The former Temple star is 6’3” which would give him a height advantage over Jaire Alexander. Alexander is the Packers top cover corner and one of the best in the league this season.

Kevin King has the size to cover Anderson, but he’s struggled in coverage since returning from injury and may have trouble keeping up with Anderson’s speed and moves.

Expect the Packers to play a lot of zone against the Panthers and to have a safety help cover Anderson as often as possible.

They cannot allow Anderson to make big, game-changing plays in this game.

Bridgewater is presently the second leading rusher on the Panthers behind Mike Davis and he is averaging six-yards per attempt. His ability to scramble and buy time to throw the ball when the rush gets near him gives him another dimension to his game.

The Packers don’t necessarily need to sack Bridgewater a lot, but they can’t him escape for key gains on the ground or to extend plays that go for big gains when the initial play breaks down.

The Packers special teams continue to struggle and they need to clean things up. The Pack has already allowed two punt returns for touchdown this season and last week against the Lions, a long kick return helped get Detroit close in the fourth quarter of a game the Packers should have put away.

J.K. Scott needs to improve his directional punting and the punt and kick coverage teams need to stay disciplined and not leave their lanes to soon to create room for a big return.

Tavon Austin will be back as the punt returner while Jamaal Williams has returned kicks. The Packers need more production in the return game.

The Panthers have forced a league-high 13 fumbles this season and emphasize the importance at stripping the football. Green Bay has lost five fumbles so far this season and has turned the ball over just nine times total in 13 games.

Carolina quarterbacks have thrown 10 interceptions this season and the Packers need to try to increase that number on Saturday.

The Packers must make sure they don’t lose the football and win the overall turnover battle.

Mike Davis will get the start at running back and while he has 57 catches this season, he is averaging just 6.5-yards per catch.

The Packers were burned repeatedly on screen passes against Detroit. The Lions used Green Bay’s desire to pressure opposing quarterbacks against them and it worked to perfection.

Bridgewater is an accurate quarterback and has completed 70.7 percent of his passes thus far this season. His mobility can help make screen passes even more dangerous.

Look for the Panthers to try to execute several screens until the Packers prove they can stop them.

The Packers offense should be able to pass the ball effectively against the Panthers secondary. Carolina is presently ranked 23rd in the league in passing yards allowed per game while the Green Bay offense is ranked 6th.

Even good defenses have difficulty slowing down Rodgers and Davante Adams while MVS had his most consistent game against the Lions last week. Tight end Robert Tonyan has become a strong red zone weapon and is looking for his 10th touchdown catch of the season. Allen Lazard is getting back into game form and could have a productive game against the vulnerable Carolina secondary.

The Packers were extremely efficient on third down last week against Detroit and should find more success putting together long drives against the Panthers defense and scoring their typical 30-plus points.

There is always fear of a letdown when facing a lesser opponent, but the Packers have plenty to play for. They have the inside track for the top seed in the NFC and the only bye but they will need to win on Saturday to have any chance to get that accomplished.

The only way the Packers should lose this game is if they self-destruct and beat themselves. Rodgers should have another good day throwing the football and if the Pack takes an early lead, the Panthers do not have an offense that is built for big comebacks.

The Packers should stay on track this week and keep moving forward towards their next goal.