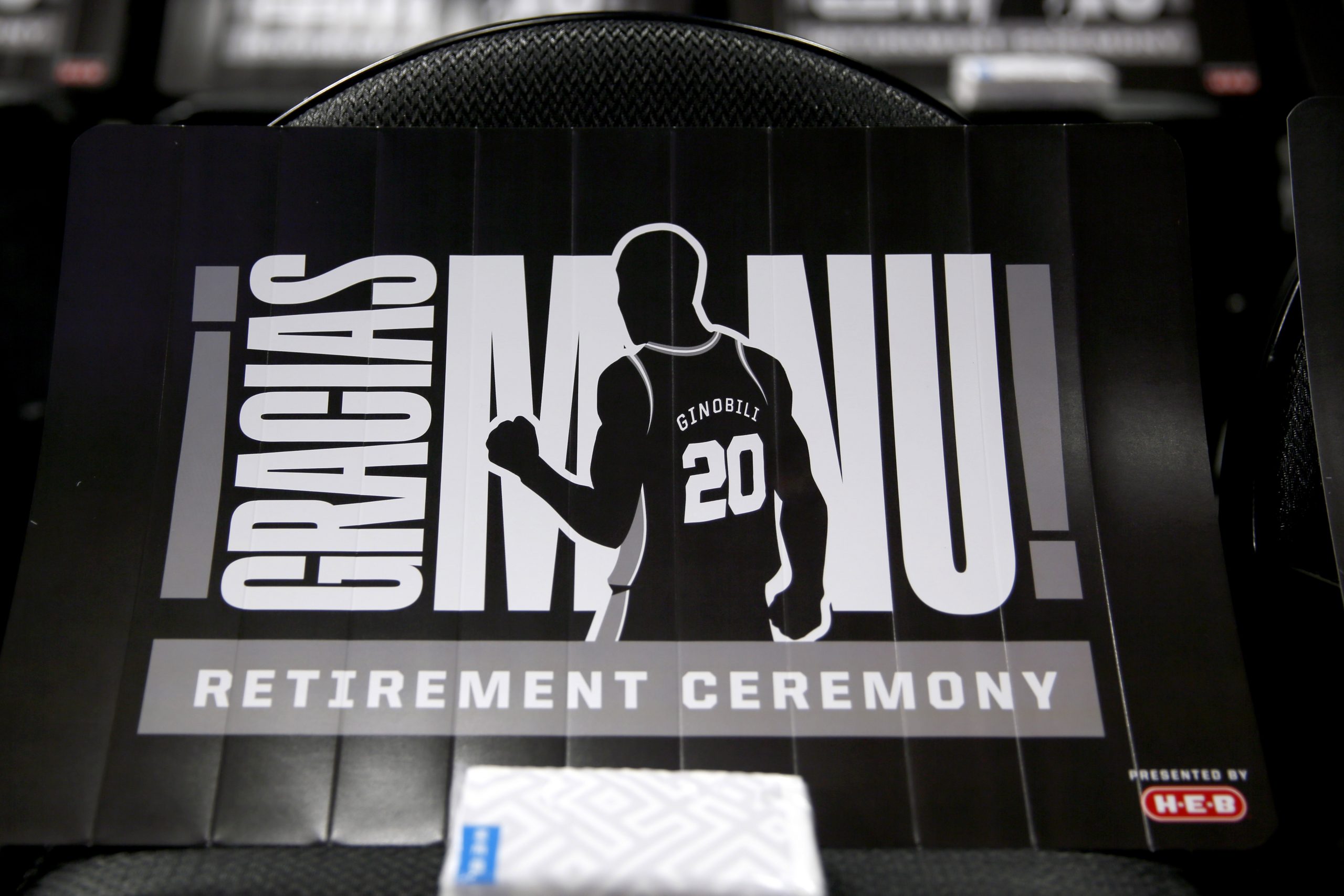 Manu Ginobili was one of the key leaders on the team that dominated its competition and established a dynasty, winning four titles during the course of his career. He, along with Tony Parker and Tim Duncan, wreaked havoc on opposing teams, on both ends of the floor.

Ginobili was loved by Spurs fans, for both his style of play — coming off the bench and often providing an instant spark — and his effectiveness. Not only that, Manu has a humble, charismatic personality, and fans just gravitated toward him.

That’s why when it was time to retire Ginobili’s No. 20 jersey from the rafters at AT&T Center on Thursday night, plenty of fans showed up wearing his jersey.

How many Ginobili jerseys can you spot? Remember he also played in Argentina!#GraciasManu #GoSpursGo pic.twitter.com/xTJnTzFpCA

The Spurs gave Manu a tribute video ahead of his jersey retirement 🙏 pic.twitter.com/S2fIjQRmgc

And then No. 20 was hung from the rafters.

It’s official. Manu’s jersey gets raised to the rafters in San Antonio. 👏

Ginobili was a special player, and is certainly deserving of the honor.