Tarek Bouachamoui – from engineering to football 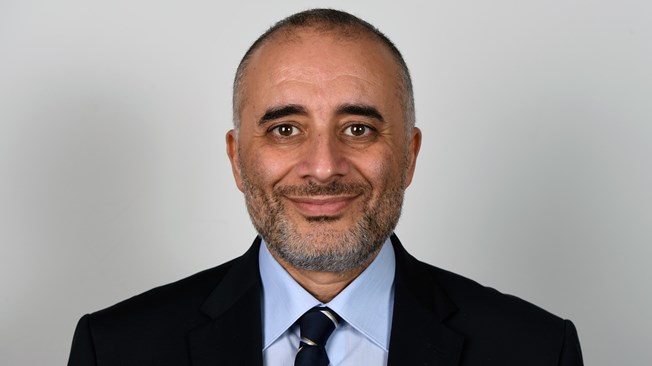 Tarek Bouchamaoui is an internationally acclaimed Tunisian businessman with a passion for growing and developing African football. As the head of HBS International, a company that has spearheaded Egyptian oil and gas exploration and production for over 20 years, he has also overseen a diversified group of investments under the name HBG Holding since 2012. He’s also a distinguished member of the FIFA Council and the executive committee of the Confederation of African Football (CAF).

Tarek’s career follows the entrepreneurial footsteps of his father, Hédi Bouchamaoui, who established a family-owned civil engineering company in his homeland of southeast Tunisia. What began as a small, family-run business soon expanded to large-scale projects in hydraulic infrastructures and agricultural land development, employing nearly 5,000 people. The business eventually evolved into petrol exploration, and in 1968 it began focusing on pipeline installation, becoming known as Bouchamaoui Activités Pétrolières (BAP). In 1984, Hédi’s construction of an oil platform off the Gulf of Gabè became the first Tunisian company in the industry.

After spending holidays interning in his father’s companies and receiving an engineering degree in the United States in 1991, Tarek became the natural choice to continue the family mission of petrol exploration. Tarek wasted no time gaining firsthand work experience, and he launched his career by taking the lead at of two of his father’s companies – BAP and a spinning factory – where he oversaw all functions, supervised production and project implementation, and guided strategic visions.

In 1993, he took leadership of the general executive management of his father’s recently-founded HBS Oil Company — the first private hydrocarbon business in Africa. While the company was unable to succeed, the experience gained in hydrocarbons, oil exploration and drilling supervision was the perfect preparation for his succeeding role as managing director and stockholder of HBS International Egypt in Cairo — a company created by his father to manage oil prospecting licenses in Egypt.

This marked the start of a new professional journey for Tarek Bouchamaoui— under his and his father’s leadership, the company found large success, with oil production rates of around 25,000 barrels each day.

Fast forward to 2017, the company is still growing, expanding and spearheading the Egyptian oil industry. With 250 employees and four oil prospecting licenses, Tarek continued to provide leadership out of Cairo. He has now managed the company for over 25 years.

Returning Home: the Formation of HBG Holding in Tunisia

During these years, the Bouchamaoui family kept their distance from business relations in Tunisia. However, following the fall of Ben Ali and the subsequent Tunisian revolution in 2011, the Bouchamaouis decided to contribute to this new and exciting period in Tunisian history by expanding their business endeavors back to their homeland.

This decision, along with the repatriation of funds back to Tunisia, led to the 2012 formation of HBG (Hédi Bouchamaoui Group) Holding — through which the family made investments in diverse sectors ranging from agriculture, fast-food, automobile and agriculture to real estate, insurance, financial services, and distribution. These investments led to the transformation of the family-operated leadership to a more corporate function, bringing in outside experts for operational management while allowing the family to fully focus on strategic visions, investments and major purchases as stakeholders and board members. The mission of these new investments? To contribute to the recovery and modernization efforts of Tunisia.

HBG Holding: Paving the Way for Modern Agriculture and Renewable Energy in Tunisia

HBG Holding’s investments gave Tarek the opportunity to create a groundbreaking project that his father always wanted: modern agriculture in Tunisia, something the country lacked due to the conditions prior to the Arab Spring. Tarek sees it as essential to implement renewable energies such as solar and wind power in order to prepare for a future that combines environmental protection with industrial flourishing. He’s committed HBG Holding to a socially responsible approach to sustainable development, beginning with two innovative projects.

The first project will use €950,000 of capital from their subsidiary Al Hidaya Agricole to buy back and develop 750 hectares of land for arboricultural use in Gabès, the Bouchamaouis’ native southeast Tunisia, striving to take advantage of the area’s microclimate and early harvests. The second project aims to expand sustainable energy development through the creation of a 10 MW-capacity photovoltaic solar plant, which will contribute to both regional development and youth employment. It plans to open in the beginning of 2020. Combined, these two projects will contribute to a more active ecosystem in the area. Due in part to Tunisia’s signing of the 2016 Paris Climate Agreement, Tarek Bouchamaoui plans to utilize HBG investments to lead the production of renewable energies in Tunisia, with the goal of creating over 100 MW of capacity by 2025. Further, he is looking to all of Africa to finance new prospective renewable energy projects.

Tarek Boucwas named the vice president of Réseau Entreprendre Tunisia, an organization aiming to aid the success of Tunisia’s entrepreneurs, job creators and wealth. Tarek and his siblings also created the Hédi Bouchamaoui Foundation in 2016 to resume their father’s efforts in education and culture — through the foundation, 12 primary schools in the Gabès region have been renovated and modernized.

From Business to Football: Tarek’s Vision for African Football’s Future

In addition to building his father’s business legacy, Tarek’s lifelong passion is African football. With a vision to discover effective solutions to Africa’s toughest football challenges, he became a popular member of the CAF (Confédération Africaine de Football) in 2011 and has been a board member of FIFA (Fédération Internationale de Football Association) since 2015. Based on his mission to contribute to the growth of the Tunisian economy, he also plans to raise the level of African competition,  thus allowing Africa to play a major role in global football.

Joining CAF gave Tarek the opportunity to combine his love of football with a solid commitment to develop the sport in Africa. As chairman of the CAF Referees Committee from 2011-2013, he had a mission to reform the system and create better training opportunities for African referees — this led to six African referees working  the 2018 FIFA World Cup, the most ever.

His mission to improve African league standards and bring them to par with the world’s best can be seen in his efforts to improve the quality of African football clubs. As the recently appointed President of the Committee for the Organization of Club Competitions and Management of the Club Licensing System, he plans to create higher club standards to match those of the best clubs worldwide, with plans to invest in better infrastructure, governance and management of clubs.

Tarek has represented his country and continent in international battles to help Tunisia regain its right to be before the group stage of the 2018 Russia World Cup qualifiers. With a strong love for football since youth and a solid understanding of the game, he understands everyday life in the stadiums and supports moderate and fair play in Africa. As one of Tunisia’s proudly recognized ambassadors in the international sports arena, his mission is not only to improve Tunisian football standards, but elevate the international image of Tunisia in the process. 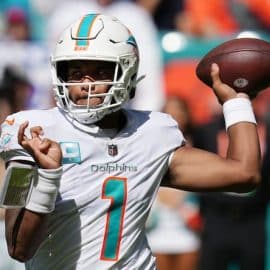