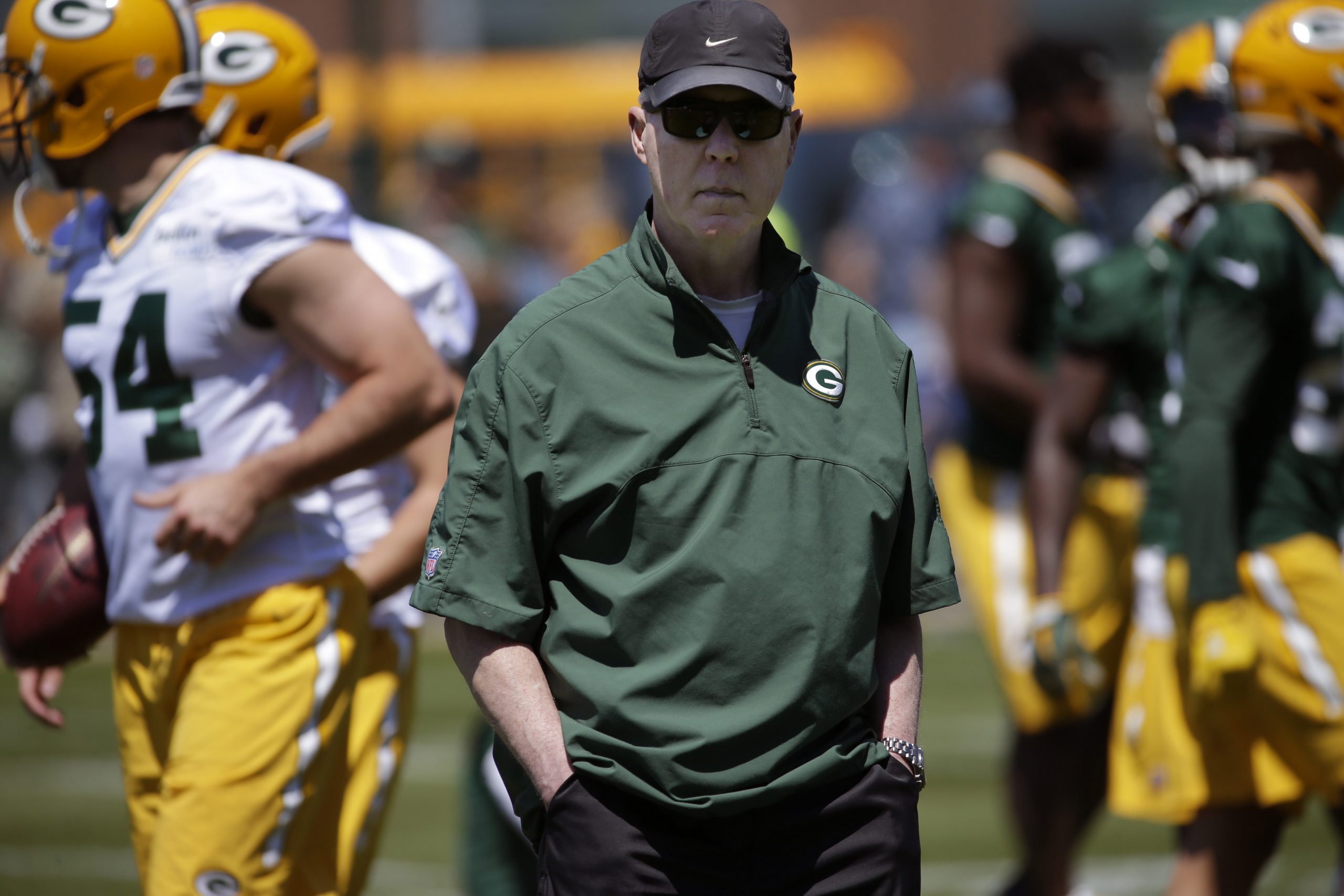 While it has become popular to criticize Thompson for some subpar drafts towards the end of his tenure, he was able to build a team that made nine playoff appearances including eight seasons in a row, made four trips to the NFC Championship Game and won one Super Bowl title in his 13 seasons at the helm.

Thompson handled the announcement that he would be inducted into the Packers Hall of Fame with typical humility. “I think it’s one of those things that’s too big to think about, really, for one person,” Thompson said in a statement to the media. “You just don’t think in those large of terms. I had trouble believing it was true. You think about all the great players that have come through here and done great things, and you’re not one of those people. These are great idols, and I’m just a scout. But anyway, I was very fired up about it though. I mean it surprised me, but I was very, very excited.”

Thompson joined the Packers in January of 2005, taking over the GM position from Mike Sherman. His very first draft choice was his most impactful when he selected quarterback Aaron Rodgers with the 24th overall pick in the 2005 draft. Rodgers was a candidate to be the first pick overall and many were surprised he fell to the Packers so late in the first round. Thompson recognized the value of adding Rodgers even though the Packers already had future Hall of Fame quarterback Brett Favre on their roster. Rodgers sat behind Favre for three seasons before taking over as the starter in 2008.

The transition from Favre to Rodgers was not an easy one and Thompson had to figure out the best way to move forward. Favre kept retiring and coming back and didn’t want to relinquish the job. His actions were creating a distraction for the team and preventing the organization from moving forward.

Favre wanted to be traded to the division rival Vikings, something Thompson didn’t wish to allow so he dealt his former quarterback to the New York Jets, sending him not only out of the division but out of the conference. Once Favre was out of the picture, Rodgers became the undisputed starter and leader of the team. He led the Packers to a victory over the Pittsburgh Steelers in Super Bowl XLV after the 2010 season.

Thompson also hired head coach Mike McCarthy after letting Sherman go after the 2005 season. McCarthy went on to win more games than any other coach in franchise history other than founder Curly Lambeau.

Thompson’s philosophy was to build a team primarily through the draft. He rarely spent big money on free agents. When he did splurge in free agency, however, he was often successful. In 2006, Thompson took a chance on disgruntled cornerback Charles Woodson after the Raiders decided not to bring him back. Woodson went on to become the NFL’s Defensive Player of the Year in 2009 and made four Pro Bowls with the Packers. He was also one of the leaders in the locker room during his tenure in Green Bay. That same year, Thompson also signed defensive lineman Ryan Pickett to a free agent deal and Pickett became another key building block of the Packers Super Bowl-winning defense. In 2014, Thompson gambled on veteran pass rusher Julius Peppers who proved he still had a lot left in the tank with his strong play on the Green Bay defense over the next three seasons.

Thompson hit on first-round picks like Clay Matthews, B.J. Raji, Bryan Bulaga and Kenny Clark, but he also had the ability to find key contributors later in the draft. It was Thompson who drafted key players like safety Nick Collins, wide receivers Greg Jennings, James Jones, Jordy Nelson and Davante Adams and tight end Jermichael Finley in the early rounds and players like Mike Daniels, Josh Sitton, Mason Crosby, David Bakhtiari, Davon House and Blake Martinez in the middle or late rounds of the draft.

The Packers set a franchise record by qualifying for the playoffs for eight straight seasons under Thompson’s leadership from 2009-2016. In 2011, the Packers enjoyed their most successful regular season when they finished 15-1 after winning their first 13 games.

Thompson’s health became an issue in the last few years of his tenure and it was one reason he was forced to step down as Packers general manager after the 2017 season. At the time, team president Mark Murphy praised Thompson for all he accomplished during his tenure as Packers GM.

“I want to thank Ted for his tireless efforts as the general manager of the Green Bay Packers for these past 13 seasons,” Murphy said. “Under his guidance, the Packers enjoyed a remarkable run of success, one that included our 13th world championship, four NFC Championship appearances and eight consecutive postseason berths. On a personal note, Ted’s work ethic, humility and loyalty are nearly unparalleled, and it has been one of the great honors of my life to work beside him.”

Thompson had some subpar drafts towards the end of his tenure and that hurt the Packers in recent seasons. When Rodgers was injured, the team lacked the depth to overcome the loss and they missed the playoffs in 2017 and 2018.

Still, Ted Thompson’s work as general manager provided the Packers with a period of sustained winning football and will be remembered as one of the more successful eras in the franchise’s proud history. He is well deserving of the honor of being inducted into the Green Bay Packers Hall of Fame.