I know, I’d kill to have Rayshawn Slater out there on Sunday as well.  Yes, this was a holding penalty.  He rarely gets those and now he’s out for the year.  What will get lost in all the talk about Slater and Bosa both going down in the game is how badly the team looked before that.  The defense did make some stops at first and held the Jaguars on some short yardage plays.  But the offense was awful.  Herbert was clearly compromised by the rib injury which led to inaccurate check downs all day.  Michel should have caught the pass that became an interception.  At least we can say that the pick wasn’t on Herbert.  The fumble also was more the result of the leaky blocking.  But while the defense was sorta stopping Jacksonville, the offense was going nowhere.   It seemed like the Chargers might end the half strongly, but couldn’t do anything with the ball.  After the Williams touchdown, the defense fell apart.  The Jaguars didn’t punt all fucking day.  Let that sink in.  Bosa is gone for the forseeable future and the 4th down 50-yarder was run right to his spot.  Jerry Tillery is beyond awful and guys like Adderly and Gilman still take putrid angles as they miss tackles.  That was the story from that moment on.

Not only did the Chargers get blown out at home after the KC loss, but Mike McCoy and Rayshawn Jenkins got the last laugh.  That’s just more salt in the wound.  I really don’t think the Chargers took the Jags lightly.  How could they?  They saw them shut out the Colts (who rebounded against KC, not that we took advantage of it) and were coming off a heartbreaker in Arrowhead.  We just got outplayed and it seems outcoached.  I don’t really know what term means.  Last year, you could say the New England and Minnesota losses were the result of that.  But was it a matter of the team looking flat and guys not being put in a position to succeed?  That is what a coach does, right?  The Baltimore game would also qualify.  The Chargers were just sad and boring to watch Sunday.  I know Lombardi has been the scapegoat for many.  I understand that letting Herbert take more deep shots opens him up to more hits.  I also see that without Keenan Allen (and now Jaylen Guyton) guys are not getting open.  Herbert looks timid and is trying adjust.  Lombardi says that he’s going to open things up.  Bandy will be activated with Keenan out.

In one week, our expectations and hopes went underground.  I don’t need to recount all the injuries for you FAITHFUL READER, I know.  I must admit that the first part of the week I was convinced that Staley would start Storm Norton at LT.  I know how evident it is that he sucks, but Staley seemed to be stuck on his “internal solution.”  At least he won’t be out there tomorrow.  Of course, if anyone gets hurts from here on in he could be.  It’s worth wondering why he is wasting a roster spot.  Jerry Tillery is the same way.  It’s one thing to not cut him due to the financial loss.  He shouldn’t be taking valuable snaps.  He’s as much a liability as Norton.  Kenneth Murray looked pretty bad last week after starting the season strong.  I guess his injury was just cramps, but when someone posted after the game that it would be “so Chargers” for his to be the only injury that wasn’t serious on Sunday I had to smile.  Of course, I didn’t smile once I saw that was actually the case.  I get that Kyzir White couldn’t get a big deal if we were bringing in Mack.  But now Mack won’t even have Bosa to take blockers’ attention.  It’s hard to look at this team without looking at the guys we let go.  That goes for players and coaches, I know.  Philly not only has White, but two of our coordinators and is 3-0.  The issue is what we do with the guys we keep.  It’s early, still.  But the season will officially be over with a loss tomorrow.  I thought that last week as well.  Now with Slater done, Bosa out for a while and Allen out for tomorrow, the expectations drop a little more.  Nonetheless, this is what is left of this team.  They can either make it work or go into the tank.  This was their “All In” season, the last on Herbert’s rookie deal.  If it doesn’t work out, big changes could be coming.

JC Jackson will be back, it seems.  Lindsey is reportedly starting, though it’s hard to know how durable he is.  Clapp is certainly less of a problem than Norton.  That’s not saying much, I know.  Speaking of “All In,” I’m not watching another episode until this team wins another game.  Maybe I’ll binge “Hard Knocks” or “Backstage: Chargers.”  Probably not. 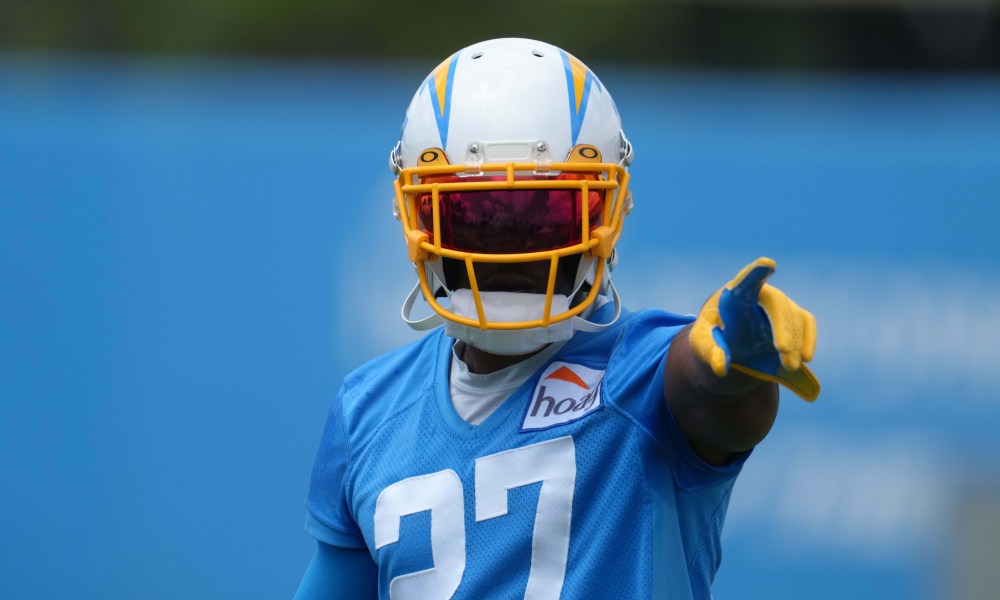