The Dolphins need to shore up their Offensive Line

We end off another mediocre season for our beloved Miami Dolphins, who had a series of unfortunate events occur this year that derailed them from making back to back playoff appearances. It is now 2018 and we must stay positive about who the Dolphins front office will draft in 2018 and how it will impact the organization. There is one particular that needs immediate improvement and depth. This team does not need a massive overhaul from the bottom-up but instead only a few puzzle pieces to get over the hump. Here is the Dolphins most important position to address this offseason.

The 6’5 310 pound goliaths just do not get enough media attention or love in the NFL. They can’t make the Odell Beckham one-hand catches out of thin air nor can turn on a “beast” mode switch that allows them to pummel over opposing defenses and into the end zone. However, the quality of an offensive line makes it or breaks it for a team. Past playoff teams have proven to bust the following year when their offensive lines cannot open gaping holes for their running backs or produce a clean pocket for their quarterbacks. Examples include the Seattle Seahawks, Detroit Lions, and the hometown Miami Dolphins.

The Miami Dolphins had one of the worse run offenses in the NFL and that mainly had to do with the big men up front. They dealt with injury woes and as a result, were continually patching up their offensive line corps.  It first began with the injury to left guard Ted Larsen, who suffered a biceps injury. Then came right tackle Ja’Wuan Jame’s hamstring injury in a Sunday night matchup against the Oakland Raiders. The spiral continued in week 11 with a foot injury to right guard Jeremy Bushrod, which took him out for six games.  Perhaps they can look to draft some Notre Dame offensive line talent.

Ranked 29th in rushing offense, the Dolphins must tune up their offensive line depth and get back to fixing their blocking techniques. Head Coach Adam Gase has already found his franchise running back in Kenyan Drake, who led all NFL running backs in yards after contact over the final five games of the season with 373. Runner-up was 82 yards less than Drake. The organization has moved on from Pro-Bowler running back Jay Ajayi, who has been shipped to the City of Brotherly Love.

In order to conserve the playing career of Drake and utilize his talent, the Dolphins need to emphasize building depth at the offensive line. Larsen’s biceps injury restarted an entire tryout process in the preseason to determine who will temporarily earn the job. As a result, Gase made musical chair movements with his roster, trying out Kraig Urbik, Anthony Steen, Isaac Asiata, and Jake Brendel at guard. Injuries to other starting lineman and ineffectiveness out of current starters made matters. For example, center Mike Pouncey has been a poor run-blocker this season. He ranks in the bottom five of eligible centers. He was a huge reason for Ajayi’s ineffectiveness this season.

A balanced attack of Drake and two-time Pro-Bowler Jarvis Landry could easily create issues for opposing defenses. This can’t happen without a new mindset and stronger work-ethic this offseason to improve upon this thin position. This front office should look at prospects such as Notre Dame’s offensive lineman Quenton Nelson and Mike McGlinchey and UTEP’s Will Hernandez to add the necessary depth for the Dolphins. 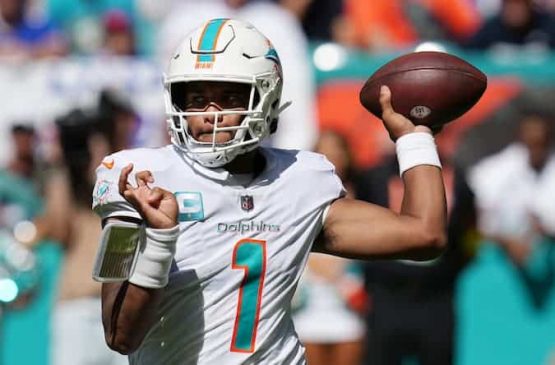 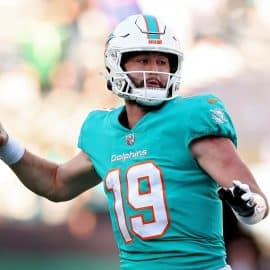 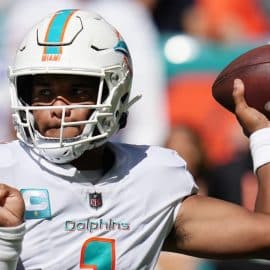 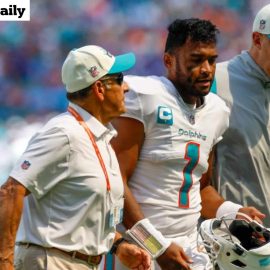 Tua Tagovailoa to Return to the Field on Wednesday, Continuing Recovery From Double Concussion 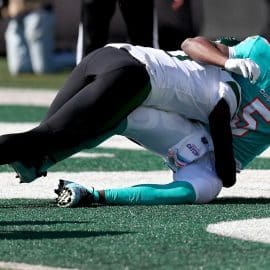 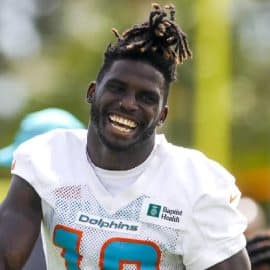