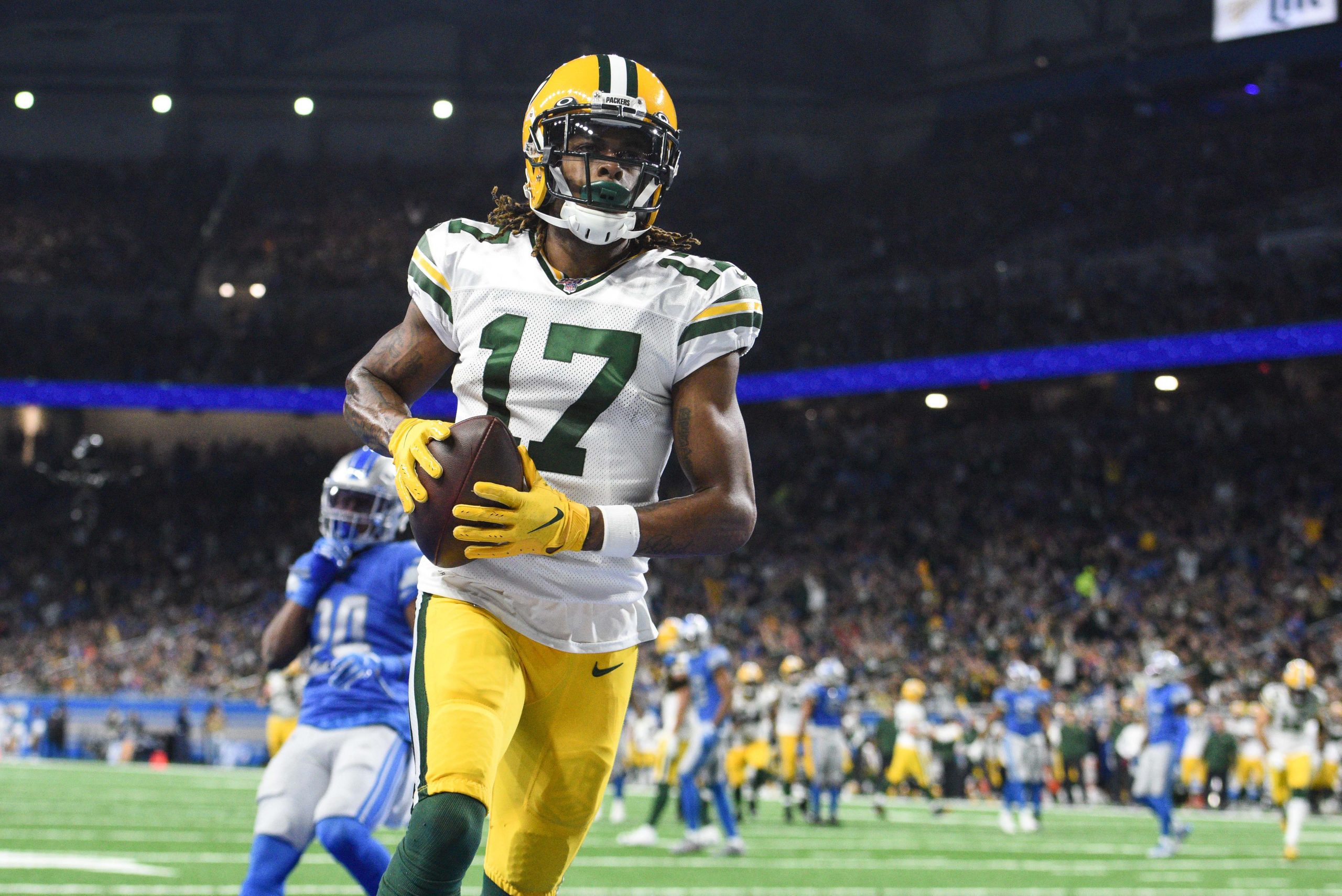 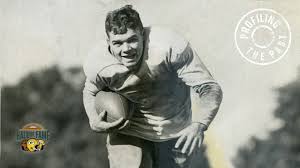 Lou Brock joined the Packers in 1940 after enjoying a solid career at Purdue. The Packers selected him in the third round of that year’s NFL draft. Brock was a versatile performer for the Packers, running, throwing, catching and punting the football in addition to playing defense. He also returned kicks and punts for the Packers during his six-year NFL career.

Brock was a big part of the Packers 1944 NFL Championship team, the last title the team won under Curly Lambeau.

His most memorable game came that season against the Chicago Bears. He caught a 52-yard pass from Irv Comp to get the Packers on the board, then ran 42 yards for a touchdown to break give the Packers the lead for good in a 42-28 victory at City Stadium.

Quarterback Scott Hunter was another memorable 16. He started at quarterback for parts of 1971 and 1973 while leading the Packers through all of 1972. That season, Hunter helped the Packers finish 10-4 and win their only division title of the ‘70s.

Randy Wright was a Packers quarterback from 1984-88 who started 32 games over that period. His best game came on Thanksgiving Day of 1986 when he threw for 286 yards and three touchdowns in a 44-40 Thanksgiving Day win over the Lions in Detroit.

Davante Adams was selected by the Packers in the second round of the 2014 NFL Draft out of Fresno State. Adams started for most of his first two NFL seasons, but was considered a bit of a disappointment because of his uneven play.

But by 2016, Adams found his stride and became Aaron Rodgers’ favorite target. Since then, he’s been the most dangerous weapon among the Green Bay receivers.

Adams has excellent hands and body control and uses his size well to give himself the best chance to catch the football.

His best season came in 2018 when he made 111 catches for 1,396 yards and 13 touchdowns. That left him just one short of Sterling Sharpe’s single-season franchise record which Adams likely would have broken had he not missed the season finale due to injury.

Adams was selected to the Pro Bowl in each of the last three seasons and remains in the prime of his career at the age of 27.

Other Packers to wear number 17 include tailback Cecil Isbell who threw passes to Don Hutson between 1938 and 1942 and quarterback David Whitehurst who played for the Packers between 1977 and 1983 and started from 1977-1979.

The Packers selected Randall Cobb in the second round of the 2011 NFL Draft. The rookie out of Kentucky made an immediate impact, catching a 32-yard touchdown pass and returning a kickoff 108 yards for a touchdown in the season opener against the New Orleans Saints.

Cobb became a full-time starter in 2014 and enjoyed his best season that year, grabbing 91 catches for 1,287 yards and 12 touchdowns en route to a Pro Bowl berth.

One of Cobb’s most memorable catches came in the season finale in 2013 when he caught a 48-yard touchdown pass from Aaron Rodgers in the final minute of the game to beat the Bears and clinch the NFC North title for the Packers.

Cobb caught 470 passes during his eight years with the Packers for 5,524 yards and 41 touchdowns. He presently ranks sixth all-time on the Packers receptions list. He also added 47 more receptions in 11 playoff games for 596 yards and five more touchdowns including a memorable Hail Mary just before halftime against the New York Giants in 2016.

Other Packers to wear number 18 include quarterbacks Tobin Rote who wore the number between 1952-56 and Doug Pederson (1996-98, 2001-04) who backed up Brett Favre during his tenure in Green Bay. 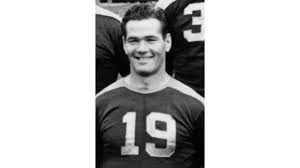 Carl “Moose” Mulleneaux played end for the Packers between 1938 and 1941 and again from 1945-46. In between, he spent three years serving in the Navy during World War II.

Mulleneaux was a big man for that era at 6’3” and 209 pounds. The Utah State alum played end and defensive back for the Packers and was selected to the Pro Bowl in 1939 and 1940.

The Packers reached the 1938 NFL Championship Game with Mulleneaux playing a major role, but they lost a close game to the New York Giants 23-17. Mulleneaux caught a 40-yard touchdown pass in the game from Arnie Herber that got the Packers on the board in the second quarter.

The following year, the Packers won the NFL title and again Mulleneaux was a big part of the team’s success.

Mulleneaux retired after the 1946 season. He was inducted into the Packers Hall of Fame in 1983. After his playing career, Mulleneaux coached at several colleges including Texas Tech, the University of St. Louis and Arizona. He died at the age 80 on January 23, 1985.

Other Packers to wear 19 include backup quarterback Carlos Brown (1975-76) who later went on to Hollywood fame as Alan Autry and starred in TV show “In the Heat of the Night” and former first-round pick Rich Campbell (1981-84) who never lived up to his status as the sixth overall pick in the draft. 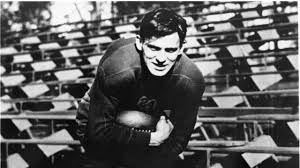 Johnny “Blood” McNally was one of the greatest football players of the NFL’s early days. He played for the Packers from 1929-33 and again from 1935-36 but also played for the Milwaukee Badgers, Duluth Eskimos, Pottsville Maroons and Pittsburgh Pirates.

Blood was an excellent runner, passer and receiver and played both ways like nearly all players did during that era. He was a threat to score any time he touched the ball and was as colorful off the field as he was talented on it.

He took his new name, “Blood” because he wanted to keep his college eligibility while making some side money playing semi-pro football. He and a friend were going to try out for a team, and they saw the film, “Blood and Sand” on the marquis at the local theater. McNally took the surname Blood while his friend used Sand. Blood then became McNally’s football name.

Blood was a part of four Packers championship teams including the three straight titles the team won from 1929-1931. He also played for the 1936 team that beat the Boston Redskins to win the NFL title.

In 1931, Blood led the league with 14 total touchdowns. He finished his career with 33 interceptions although that was not yet an official statistic during his playing career. Blood’s 2,429 receiving yards are believed to be more than any other NFL player through 1934, although again, the numbers were unofficial on passing before 1933.

Blood was a charter member of the Pro Football Hall of Fame in 1963 and was inducted into the Packers Hall of Fame in 1970. After his Packers career, he served as player/coach for the Pittsburgh Pirates and later served in World War II after he retired from football.