The Greatest Packers Ever to Wear Numbers 36-40 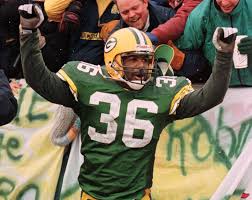 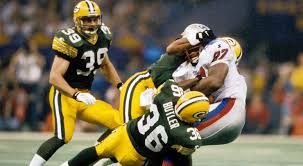 Safety LeRoy Butler is an iconic Packer who combined the ability to cover and hit with the ability to blitz the quarterback. His style of play changed the way the safety position was played. Butler was the first defensive back in NFL history to finish his career with 20 or more interceptions and 20 or more sacks.

Butler had an immediate impact after joining the Packers in 1990, intercepting three balls as a rookie. By his second year in the league, Butler was starting for the Packers and he remained a starter for the rest of his career.

Butler earned four Pro Bowl trips and was named to the All-Pro team four times as well. He was a dominant player who opposing offensive coordinators had to account for when making their game plans.

In 1993, Butler started an iconic Packers tradition when he did the first Lambeau Leap after scoring a touchdown against the Los Angeles Raiders. Butler took a lateral from Reggie White and ran it in for the score before jumping into the stands in the end zone at Lambeau Field. The tradition quickly took hold and remains a staple at Packers games today and is a symbol of the closeness between the player and their fans.

Butler was a major part of the Packers back-to-back Super Bowl teams in 1996 and 1997. Butler recovered a fumble in the Packers win over the Panthers in the 1996 NFC Championship Game and recorded a sack of Drew Bledsoe in Super Bowl XXXI.

Injuries ended Butler’s career after the 2001 season. He was named to the NFL’s All Decade Team of the 1990s and was a finalist for the Pro Football Hall of Fame in 2020 although he fell short of being enshrined this time. Butler was inducted into the Packers Hall of Fame in 2007.

Other notable Packers to wear number 36 include tough running back MacArthur Lane RB (1972-74) who helped the team win the 1972 NFC Central Division title and safety Nick Collins (2005-2011) who was a big part of the Packers 2010 Super Bowl-winning team and scored a touchdown on an interception return in Super Bowl XLV. 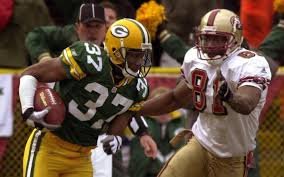 The Packers drafted Tyrone Williams in the third round of the 1996 NFL Draft. The former Nebraska star was a valuable backup on the Packers champion team of 1996 and made a key interception in the NFC Championship Game against the Panthers.

By 1997, Williams established himself as a starter, a position he held for the next six campaigns. Williams was a ball hawk, intercepting four or more passes each season between 1998 and 2001. He returned two interceptions for touchdowns forced three fumbles and recovered four.

Williams remained with the Packers through the 2002 season before signing with the Falcons as a free agent. He intercepted 19 passes in his seven seasons in Green Bay and added three more picks in the postseason.

Other prominent Packers to wear 37 include running back Howie Ferguson (1953-58) who was second in the NFL in rushing yardage in 1955, tough safety Mark Murphy (1980-85, 87-91) who was a hard hitter and a leader in the Green Bay secondary during some tough times in the 80s and cornerback Sam Shields (2010-16) who was a part of the Packers Super Bowl XLV championship club as a rookie. 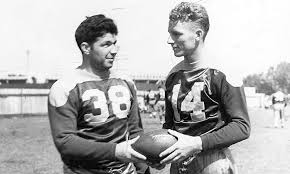 Herber teamed with Don Hutson to form a deadly passing combination in the days when most teams ran the ball almost exclusively. Herber led the league in passing yards and touchdowns three times. He also punted and played defense for the Packers back in the days of 60-minute football. 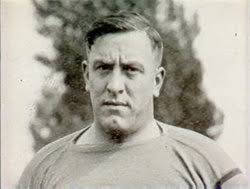 Jug Earp spent 11 years playing for the Packers between 1922 and 1932, playing all three primary offensive line positions. Like most players of his era, Earp also played on defense as well.

In addition to playing for the Packers, Earp spent time with the Rock Island Independents, Frankford Yellow Jackets and New York Yankees.

Earp was a key member of the Packers first dynasty teams that won three straight championships between 1929 and 1931.

During his career with the Packers, Earp played in 120 games, starting 86. He started 57 games at center and 29 at tackle for the Packers. He was the first player to appear in 100 games for Green Bay.

After his playing career, Earp served as the Packers director of public relations from 1950-1954. He was inducted into the Packers Hall of Fame in the initial class of 1970.

Earp was a cousin of the famous western sheriff Wyatt Earp. He died at the age of 71 on January 8, 1969.

Other prominent Packers to wear 39 include hard hitting safety Jim Hill (1972-74) who helped solidify the Packers secondary in their 1972 playoff run, former first round pick RB Darrell Thompson (1990-93) who led the Packers in rushing in 1991 and safety Mike Prior (1994-98) who was a key cog in the Packers nickel defense and special teams during their back-to-back Super Bowl appearances in 1996 and 1997. 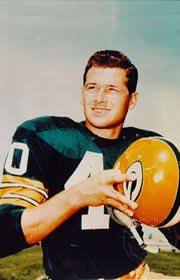 Tom Brown was a two-sport athlete before that became glamourous. He played Major League Baseball for the Washington Senators in 1963 before signing with the Packers in time for the 1964 season.

The former University of Maryland star spent five seasons in Green Bay, starting 60 games and playing in 71. He totaled 13 career interceptions including a career-high four in both 1966 and 1968.

Brown’s most famous interception came on the final play of the 1966 NFL Championship Game played at the Cotton Bowl in Dallas. He intercepted Don Meredith in the end zone to preserve a 34-27 win over the Cowboys and sent the Packers to Super Bowl I.

Brown played on Vince Lombardi’s final three championship teams from 1965-67 and played in the first two Super Bowls. He played one final game for Lombardi with the Washington Redskins in 1969 before injuries forced him to retire.