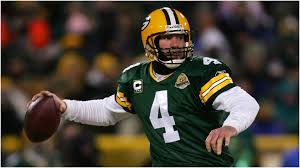 The Green Bay Packers have played football for 101 years and been members of the National Football League for 99 seasons. Throughout this time, some of the greatest players in NFL history have suited up for the Packers and made their mark on the team and the league.

Here is the first in a series of articles on the greatest Packers players ever to wear each number. This article will examine numbers 1-5.

Lambeau is the only player ever to wear the number one for the Packers and he wore it as a player/coach for two seasons in 1925 and 1926.

The founder of the Packers, Lambeau played with the team between 1919 and 1929 before concentrating only on coaching until 1949.

Lambeau was named to the NFL’s All-Decade Team of the 1920s and remains the franchise’s all-time wins leader among coaches with 209.

Lambeau won six championships as a coach including one as a player/coach in 1929. He pioneered the forward pass and was a member of the Pro Football Hall of Fame’s inaugural class of 1963.

Lambeau died in 1965. City Stadium in Green Bay was renamed Lambeau Field in his honor. 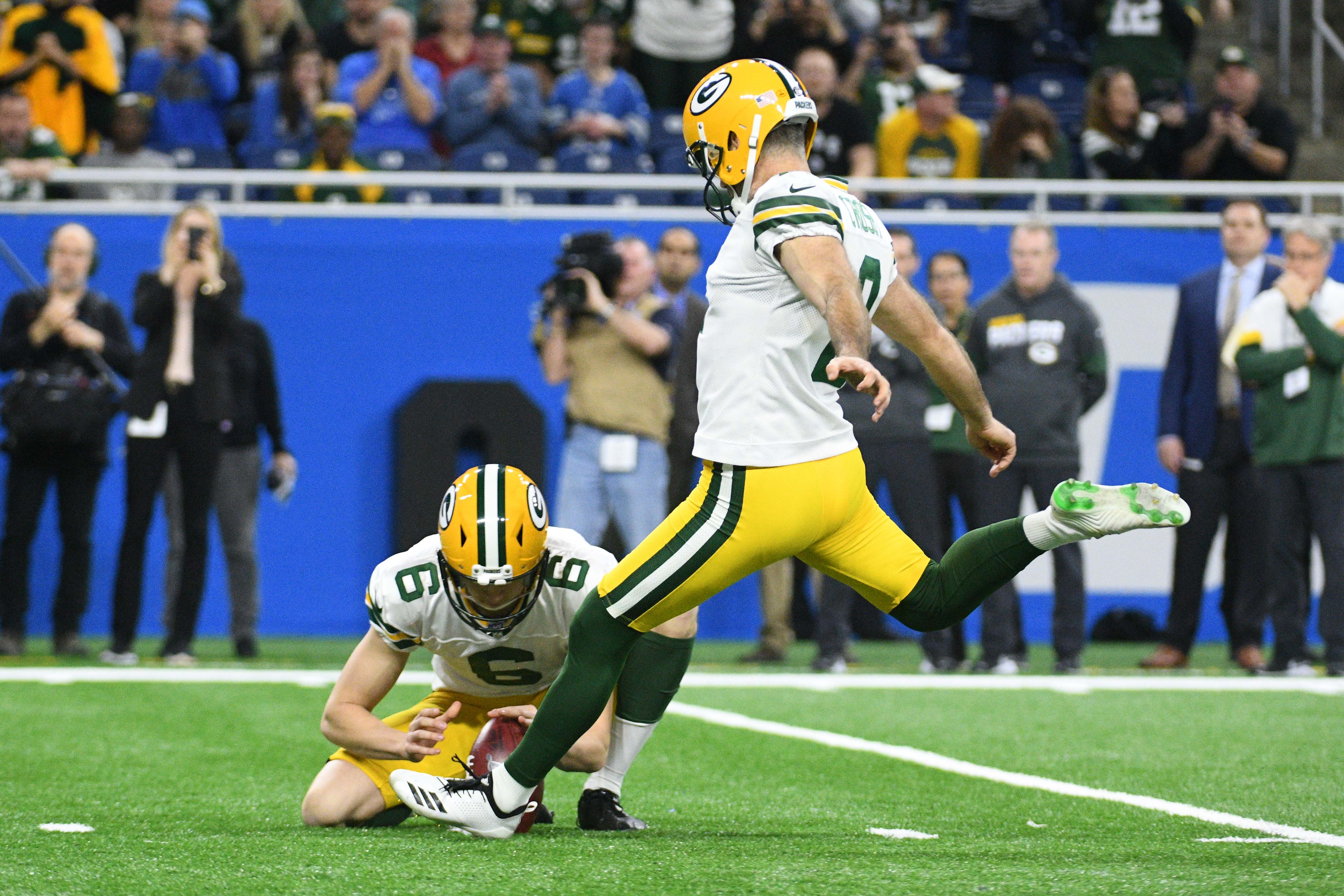 Crosby joined the Packers in 2007 and has yet to miss a game since he took over the kicking duties at the start of that season. The University of Colorado product is the Packers all-time leading scorer with 1,575 career points. He has kicked 588 extra points and 329 field goals in his NFL career.

Crosby has kicked the seven longest field goals in the history of the franchise including a record-setting 58-yard boot in 2011.

He led the league scoring as a rookie with 141 points and topped the 100-point mark in a season in 12 of his 13 years with the team.

Crosby kicked for the Packers Super Bowl XLV championship team in 2010. He has added another 143 points in 20 career playoff games.

The only other Packers player to wear number two is Charlie Mathys, a back who wore in 1925 and 1926. Mathys played for Green Bay between 1922 and 1926. He attended Green Bay West High School and scored 16 career touchdowns with the Packers. He later served as a member of the team’s Board of Directors and was inducted into the Packers Hall of Fame in 1977. 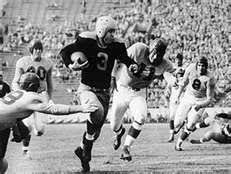 Canadeo joined the Packers in 1941. In 1943, the versatile Gonzaga alum led the Packers in both passing yards and rushing yards. Like all players in his era, he also played defense for the Pack that season.

Canadeo remained with the team through 1944 when he served in World War II. Canadeo saw service in both the navy and the army during the war and played in only three games that season while on leave.

He returned to the Packers in 1946 and played with the team until 1952. His number three was retired by the team in 1952 although kicker Ben Agajanian wore the number for three games in 1961 after being given the number by mistake by the training staff.

Canadeo was named to the NFL’s All-Decade Team of the 1940s and inducted in the Pro Football Hall of Fame in 1974. After retiring, Canadeo served on the Packers Board of Directors and the Executive Committee before passing away in 2003 at the age of 84.

Brett Favre’s arrival signaled the end of the Packers long drought that lasted from the time Vince Lombardi retired in 1968 until the Packers acquired the Southern Mississippi product from the Falcons in 1992.

Favre won three straight NFL MVP awards from 1995-1997 and led the Packers to victory in Super Bowl XXXI against the Patriots.

When he retired, Favre was the NFL’s all-time leader in yards, touchdown passes and quarterback wins. He also threw more interceptions than any quarterback in NFL history.

But perhaps his most impressive record was 297 consecutive starts (321 if you include playoff games). Favre’s toughness was legendary, and he played games with broken fingers, sprained ankles, concussions and many other injuries.

Favre was the ultimate gunslinger, improvising and making improbable plays seem routine. He truly enjoyed the game of football and his enthusiasm was infectious and helped inspire his teammates.

Favre was selected to 11 Pro Bowls and was named to the NFL’s All-Decade Team of the 1990s. The Packers later retired Favre’s number four. He was inducted into the Pro Football Hall of Fame in 2016.

Nobody who saw Favre play can forget his talent, toughness and love for the game. 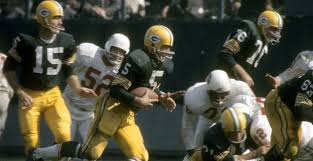 After winning the Heisman Trophy as a quarterback at Notre Dame in 1956, Paul Hornung’s NFL career got off to a slow start with the Packers. Things changed for “The Golden Boy” when Vince Lombardi arrived in 1959 and Hornung became his full-time halfback.

Hornung was a versatile threat. He could run, block, catch passes and kick and was also a threat to throw the option pass on any play.

Hornung led the NFL in rushing touchdowns in 1960 with 13 in 12 games. He also led the NFL in scoring three straight years including a then-record 176 points in 1960. That season he was named NFL MVP.

Hornung earned a reputation as a clutch player who had a nose for the end zone. The closer the Packers were to scoring, the harder Hornung ran.

In the 1961 NFL Championship Game against the New York Giants, Hornung scored 19 points by rushing for a touchdown, kicking three field goals and four extra points. The Packers won their first NFL title under Lombardi 37-0.

He also gained 105 yards rushing and scored a touchdown in the Packers 23-12 victory over the Cleveland Browns in the 1965 NFL Championship Game.

Hornung was suspended for the 1963 NFL season for betting on NFL games. He returned in 1964 and played on two more championship teams with the Packers in 1965 and 1966. Overall, he played on four of Lombardi’s five title teams in Green Bay.

Hornung was elected to the Pro Football Hall of Fame in 1986. His number was unofficially retired by the Packers and no player has worn it since 1988.