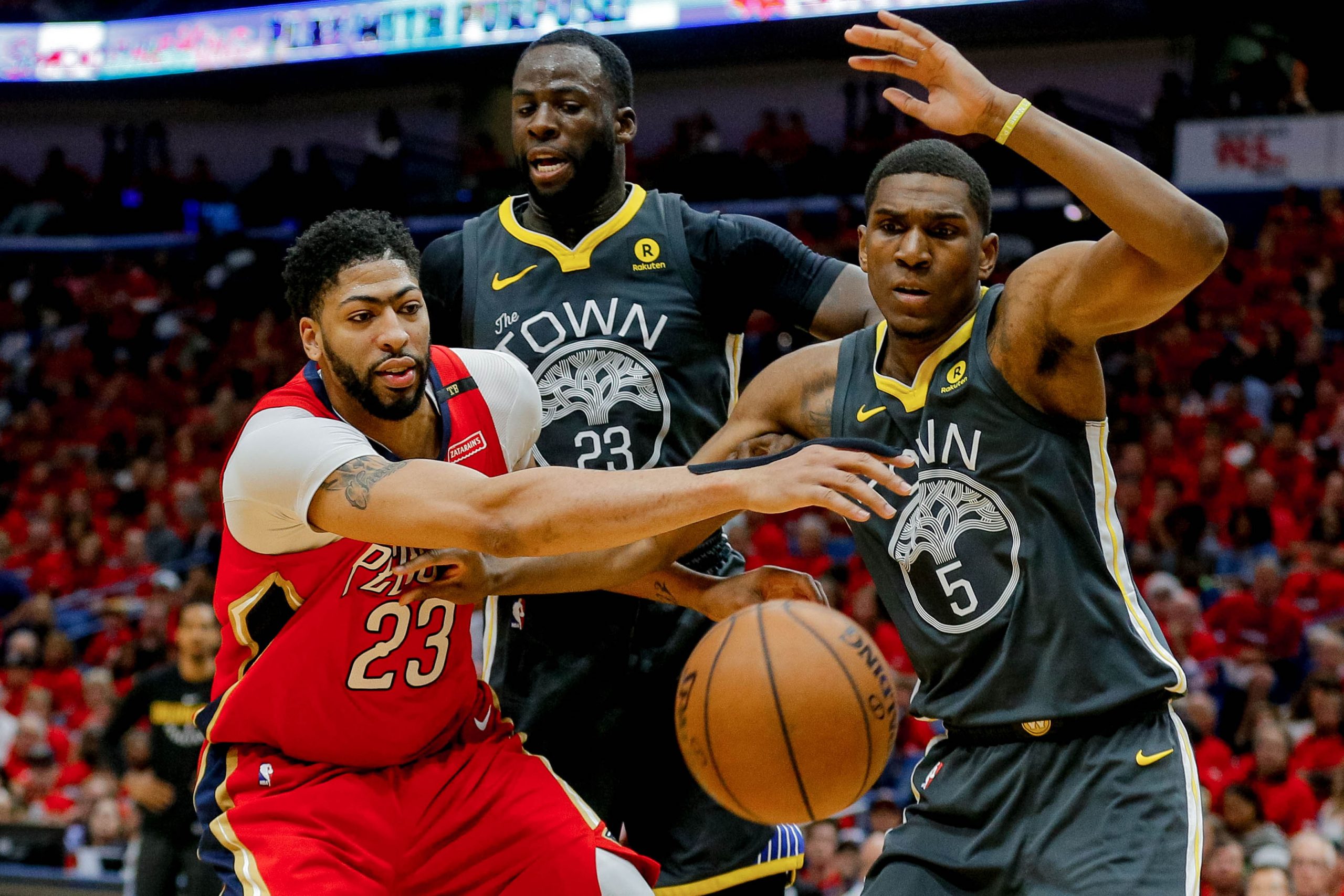 New Orleans, LA- The New Orleans Pelicans hosted the Golden State Warriors in The Smoothie King Center Sunday afternoon. The Pelicans were hoping to build off their superior performance from Friday night in which they thumped the Dubs by 19 points.

It was Golden States turn to do the thumping, as The Warriors hammered the Pels who looked like a team not prepared to play. The Pelicans only descent quarter was the 2nd in which they outscored Golden State 32-24.

I don’t know what Coach Alvin Gentry’s game plan was trying to allowing undersized players to guard Golden State’s all-star forward Kevin Durant one on one. Durant elevated and scored easily all game long on smaller Pelican defenders. When Anthony Davis started guarded him he was already in rhythm knocking in 38 points.

Durant wasn’t the Pel’s only problem they were down right awful & terrible to watch shooting an ungodly 36% from the field. New Orleans shot a horrible 15% from beyond the arc, that’s right 15%! Their turn-overs cropped up as well giving up 19 of them for 21 opposition points.

Anthony Davis could have been a lot more aggressive tonight posting 26 points with 12 rebounds. Davis like a few Pelicans were quick to hoist up three’s when it would have been a better strategy to attack the paint. Niko Mirotic who is usually a major asset was totally neutralized by Golden State only scoring 7 points with 11 rebounds.

New Orleans just seemed to be going through the motions, they didn’t give the crowd in the Smoothie King Center much to cheer for behind one-quarter of good play. Golden State showed why they are the champs as all-star guard Steph Curry continued his solid play backing up KD with 23 points of his own.

The reality is you have to give Golden State credit for playing solid defense & hitting shots your suppose to hit. The officials can’t be blamed for suspect foul calling in this game as they sent the Pel’s to the line 30 times verses Golden States 18.

In the end all that mattered was New Orleans blew a huge opportunity AT HOME to reset this series to 2-2 as The Warriors stomp them easily 118-92.

New Orleans is now down 3-1 in the semi-conference finals round. They need a low mistake, heavy defense, quality offense performance to win two straight to force a 7 game series. That is a very tall order for any team to do against Golden State especially for the Pel’s a team that basically handed over a key opportunity at home to even the series.

They fifth game is a potential elimination game for New Orleans & I’m a bit optimistic because THIS team seems to come together when the crap hits the fan. Let’s hope they can pull it together a few more times with the series now on the line.