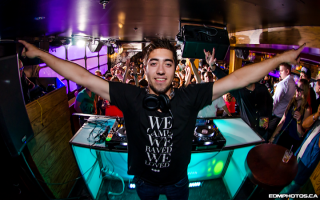 With a stroke of Mika Zibanejad’s pen, the Blueshirts have officially re-signed all of their priority free agents. It’s been a very productive summer for the Rangers GM, but is his club better than the one who was unceremoniously dumped from the 2017 playoffs by an inferior Senators team? Let’s get into this week’s “20 Thoughts” to find out:

2. Pretty excited I guess. How about your half brother, Monir “Drama” Kalgoum, who negotiated the deal? How’s he doing?

3. Speaking of the negotiations, here’s exclusive audio of Zibanejad during the final pitch which actually took place during the arbitration hearing…

4. In all seriousness, the Rangers probably overpaid Zibanejad a bit now, but because they bought out three of his unrestricted free agent years, if he lives up to his potential, this contract could be an absolute steal by the end.

5. And that’s what makes me so excited about the current direction of the Rangers franchise. In the past, Blueshirt management gave long term contracts to players who were already in their prime or entering the back nine of their career knowing the final few years of the deal will likely be painful. This summer, Jeff Gorton has negotiated perfect terms with his free agent signings. At the end of their contracts Shattenkirk & Smith will still be 32, Fast will be 28 and Zibanejad just 29 years old. Now those are some smart contracts that have the potential to be absolutely larcenous. The Rangers are finally paying for potential instead of past performance and I think I like it. In Gorton We Trust! 6. Gorton’s controversial decision this summer to move Stepan is still being debated as the Rangers are currently suffering from a lack of depth down the middle. But to me the positives outweigh the negatives. While the cap savings from the trade ultimately didn’t effect the Rangers ability to sign Shattenkirk, it did allow the Rangers to fully complete their overhaul of the defense as it freed up enough money to also re-sign Smith. So the question is would you rather have Stepan, Raanta & Nick Holden on the 2nd defensive pair or Smith, Andersson, DeAngelo, Pavlec and $3 million in cap space to sign or trade for another competent center? The latter sounds much more appealing to me.

7. I’m pretty sure I’ve got a good idea of what Gorton wants to do with Marc Staal when the Rangers second buyout window opens shortly:

8. The Rangers have been spoiled the last few years with their backup goaltenders. Which is why I understand fan concern with Ondrej Pavelec, who has been, to put it kindly, inconsistent during his first six seasons in the NHL. However, there is a stat that I recently came across that should give us hope for a Pavlec resurrection on Broadway. From 2013-17, the former Jets netminder is in the Top 20 in expected goals against. Meaning that based on the quality of shots Pavlec has faced, he’s held up pretty damn well. 9. Henrik Lundqvist on his new backup goaltender (via Hockey Sverige.se)

“I am looking forward to get to know him. Every time I play with a new guy there are things I can learn, see how he is practicing or preparing.”

Let’s just hope Lundqvist doesn’t learn to play to the same .907 sv% Pavlec has over his career.

10. Similar to most reports of team infighting, I have to assume Lindy Ruff’s reputation of having problems handling young Russian players is completely overblown. This video of Ruff working with Valeri Nichushkin during a Dallas practice last year should clear things up…

11. The Rangers roster is littered with lead by example guys. Wouldn’t mind seeing them acquire a vocal leader.

12. After an impressive prospect camp, Rangers #21 overall pick in this year’s draft Philip Chytil is looking like the real deal after scoring two goals this week for Team Czech Republic against Team Finland in U20 action…

13. Most experts assume Chytil is going to play this coming season in the Czech Republic, but you know what happens when you assume something…

14. You know who I’d love on the Rangers? Brendan Gallagher. Sandpaper and scoring. Very Sean Avery-esque.

15. This is my favorite quote about analytics and Corsi: “Teams don’t dominate because they generate more shot attempts. They have more shot attempts because they are dominating.” Far too often in the #fancystats debate it’s overlooked that Corsi and other possession metrics are nothing more than measurements not tactics. If a team and its individual players are playing the right way (i.e. forechecking, successful zone entries/exits, going hard to the net, winning puck battles), it’s very likely they’re going to dominate puck possession.

16. Here’s an interesting twist to the Rangers log jam on defense: According to Larry Brooks at the New York Post, it is believed that 23-year-old Alexei Bereglazov has a contractual out-clause that would allow him to return to the KHL rather than accept an assignment to the AHL. If you think Rangers fans hate Marc Staal now, could you imagine if his presence on the roster leads to Bereglazov heading back to Russia?

Henrik Lundqvist is No. 6 in this year's Fashionable 50.

18. It’s never too early to speculate about the Rangers Winter Classic jersey. While I’ve seen many fans wishing for a return of the Statue of Liberty sweaters… Me, I’d love to see a cream colored version of the Heritage jersey. Basically, a mix of the current Heritage jersey with the color of the Rangers first Winter Classic sweater… 19. I recently participated in a Ranger bloggers round table to discuss the current state of the Blueshirts over at Blueline Station. Definitely give it a read by clicking here.

20. Let’s end this post with how I started it. Are the Rangers better now than they were on May 10th? In a word…no. While they’ve upgraded significantly on defense and still enjoy a wealth of depth on the wing, they’re much weaker down the middle and have question marks in goal. Sure, there’s still time and options for Gorton to bolster the team up the middle, but until it’s addressed, I hate to say it, the Rangers are nothing more than a bubble team this season. 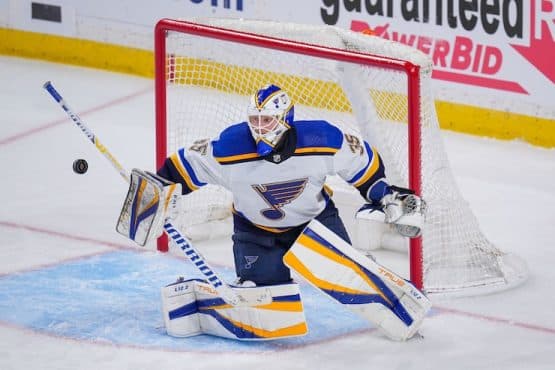 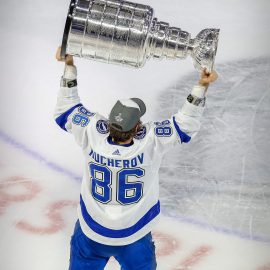 NHL Playoff Stream | How To Watch NHL Games Today May 23 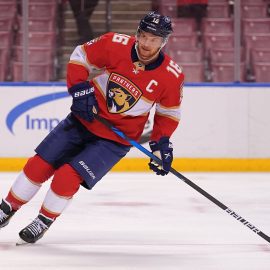 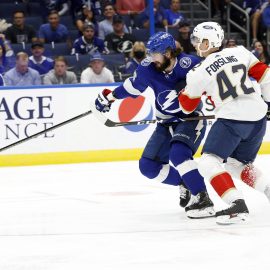 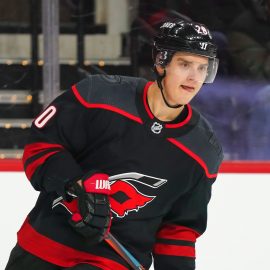 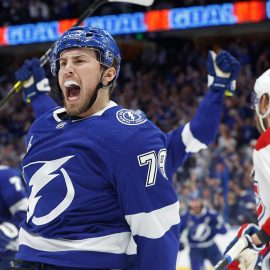