There’s Fever In The Funkhouse Now 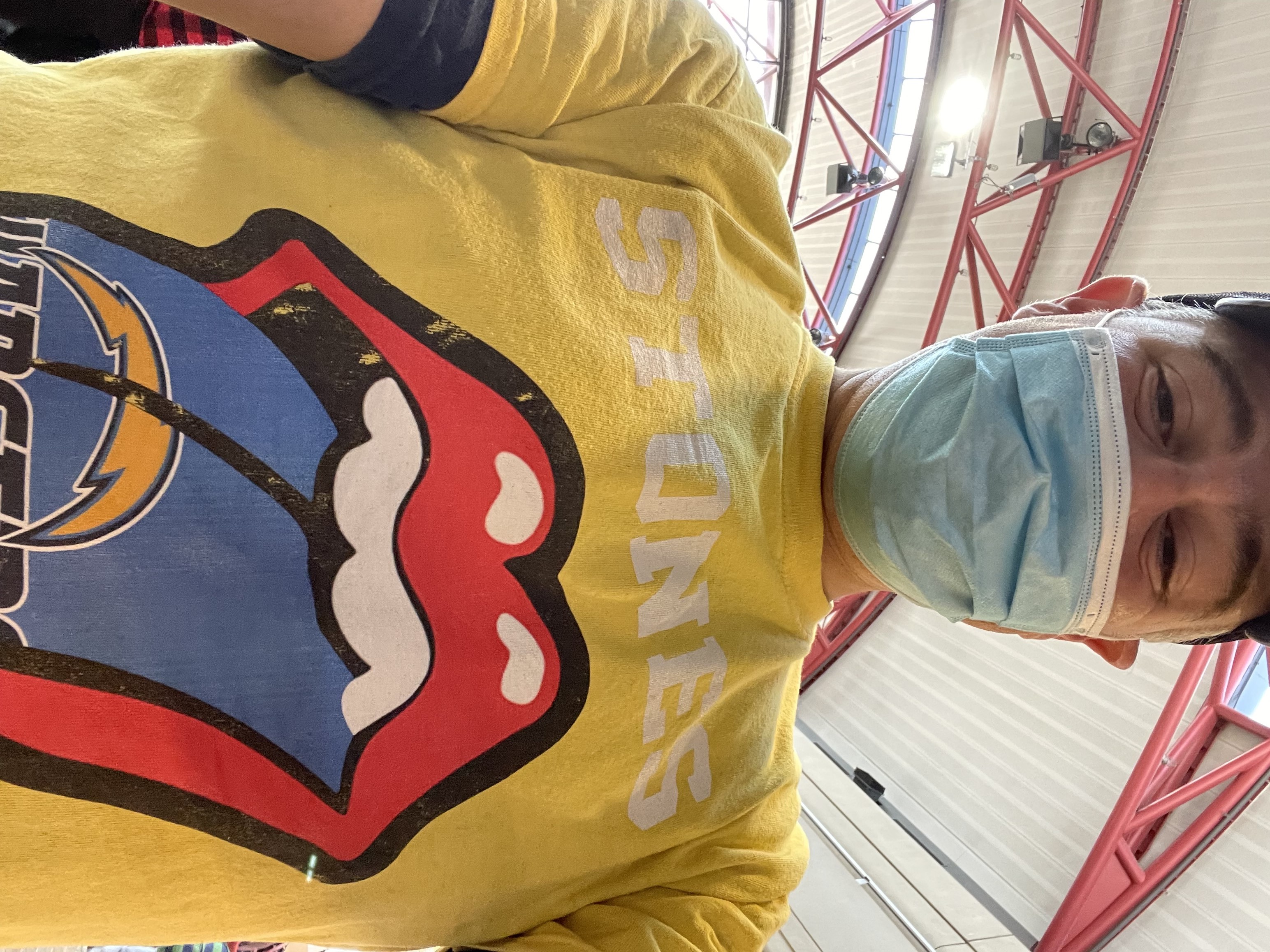 Don’t mind the eyebags, FAITHFUL READER.  I didn’t get a ton of sleep on Monday Night, but damn was it worth it.  The entire night was one beautiful blur, or as the Stones themsleves sing, a beautiful buzz.  Obviously, I figured that the lightning storm was a good omen once I logged into the ESPN app.  As the night wore on and I saw that we were up 7, 14, and 21 points, I didn’t try to watch the live broadcast as frequently.  Of course, I also saw that we gave up 14 straight points.  At this point, DJ and I were out of the show and moving towards Pittsburgh’s version of the subway. 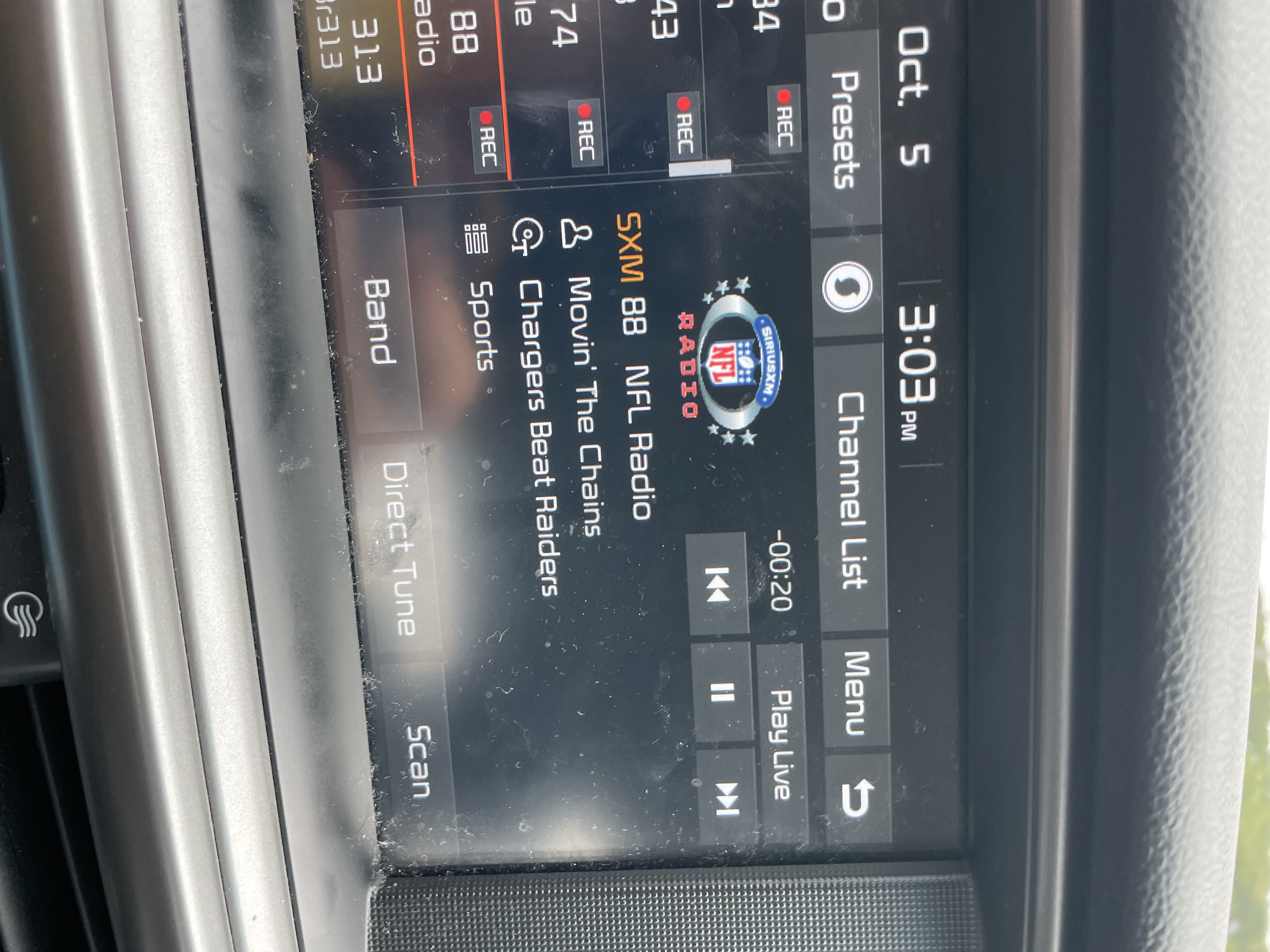 If this sounds like a story from my book, it’s because it might as well have been.  In all seriousness, it was kind of a gut check.  His point was to cut the shit.  Quit complaining.  Sure enough, the Chargers turned the Raiders back.  It was a beautiful thing.  Austin Ekeler played his best game as a pro when we needed him most.  The WiFi at Heinz Field was a little spotty, so I thought that we had missed a field goal instead of the Raiders.  I saw that we tried the fake punt, but thought it had come later in the game.  So far, Staley has pushed all the right buttons.  I know we can’t win every week, but I sure hope we keep it up against Cleveland. 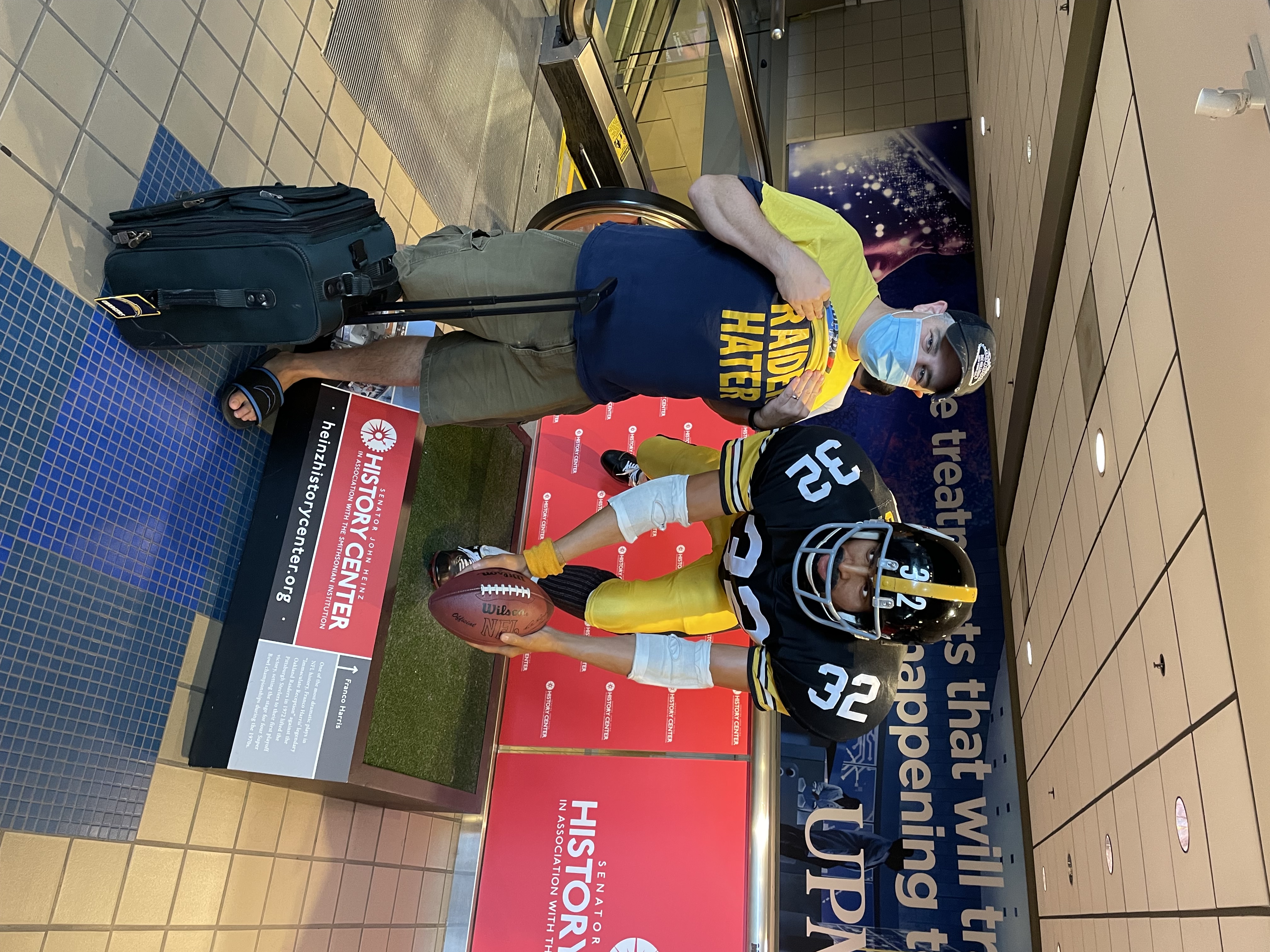 Yeah, it’s a statue of the Immaculate Reception.  This was my first visit to Pittsburgh since the AFC Championship.  You cannot walk anywhere in that town without a reminder that they have won 6 rings.  Even the reminder to stay six feet apart contains the phrase “Sixburgh.”  I saw the guy holding the Chargers jersey with “0 Rings” on it.  Of course the Raiders fans who brag about their Super Bowls weren’t alive the last time that happened.  But they can talk.  No one is more aware that the Chargers have never won the Super Bowl than I am.  Actually, anyone reading this is painfully aware of that very fact. 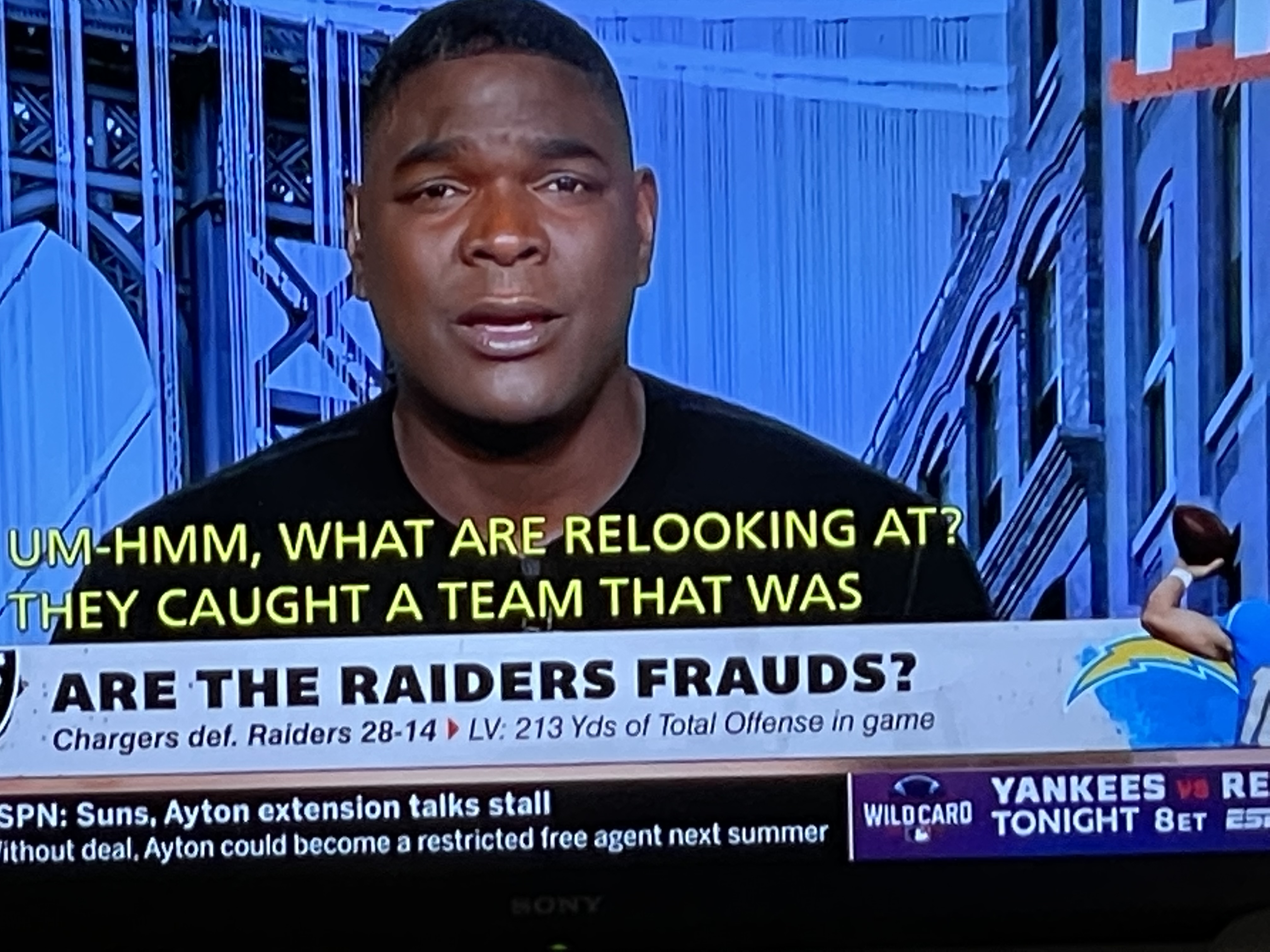 Which leads me to the reason that a win on Monday Night against the Raiders isn’t getting a million words here.  I am flying out to California tomorrow for my first home game since 2005.  That loss to the Dolphins was so horrific, I thought might never get back.  Well, here I come.  Inglewood, up to no good.  This is actually my second time seeing the Chargers play the Browns in California.  I went in 1999, when they still had a glimmer of hope for the playoffs.  Of course, I also went to Cleveland in 1992 and 2004.  What does all that have to do with this Sunday.  Absolutely nothing.  After that horrific preseason finale, we all wondered what this team would look like.  So far, it’s been great.  Even the loss against Dallas seems to have taught them something.  They have two games before the bye and I know Staley preaches one week at a time.  The last time the Chargers did anything, they went on a run before their bye week with increasingly difficult wins against Tennessee, Cleveland, and Seattle.  You know all this.  Then they were able to win on the road in Pittsburgh and KC.  We all thought they were building something.  Maybe this time it’s for real.

I fucking hope so.  I can’t handle another moment like this which is what came to mind when we finally let Money Bungler go.  But as my friend DJ said, do you want to win or not.  I think this team does.  Let’s see how far they can take this thing.  Let’s try to fuck some more stuff up this week.  See you out there.