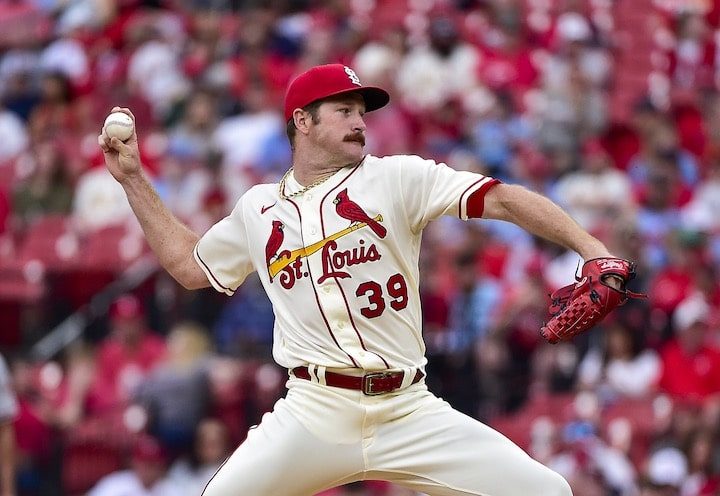 There are 15 Major League Baseball games on July 1. With it being Canada Day, there is afternoon baseball in Toronto between the Toronto Blue Jays and Tampa Bay Rays. As we begin summer, the MLB All-Star Game is just around the corner. Here are the five best games to watch. Betting odds courtesy of BetOnline, one of the best MLB sportsbooks and offshore sportsbooks.

In this National League Central Division battle, the Pittsburgh Pirates are hosting the Milwaukee Brewers. The reason to watch this divisional matchup comes down to pitching. The Brewers (44-34) will be going with reigning National League Cy Young Award Winner Corbin Burnes (6-4, 2.41 ERA), while the Pirates will counter with Roansy Contreras (2-1, 2.76 ERA). Contreras, a rookie right hander from Peralvillo, Dominican Republic, has only given up 13 earned runs in 42 1/3 innings.

The Brewers lead the St. Louis Cardinals by one game in the division. The Pirates are in third place at 31 wins and 45 losses. Milwaukee lost the opening game of the series by a score of 8-7 on Thursday.

What can we say about the Bronx Bombers? The Yankees are the best team in baseball at the moment with a record of 56 wins and 21 losses. New York is 12.5 games up on the Toronto Blue Jays and Boston Red Sox in the American League East.

The Guardians are in second place in the American League Central at 39 wins and 34 losses. They trail the Minnesota Twins by one game. Cleveland is coming off a series win over the Twins where they won three of five games. On Thursday, Cleveland beat Minnesota 5-3 thanks to a quality start by Shane Bieber.

The pitching matchup on Friday is lopsided however. Gerrit Cole (6-2, 2.99 ERA) is the Yankees starter, and Aaron Civale is the Guardians starter (2-4, 7.20 ERA). After having an excellent earned run average of 2.34 in his rookie season of 2019, Civale has tended to regress instead of progress over the last three seasons.

On Thursday in the first game of this five game series, Toronto beat Tampa Bay 4-1. Blue Jays outfielder Teoscar Hernandez led Toronto with three hits, and starting pitcher Yusei Kikuchi only gave up one earned run in six innings and had eight strikeouts. On Friday, the Blue Jays will start the struggling Jose Berrios (5-4, 5.86 ERA) while the Rays will counter with Corey Kluber (3-4, 3.45 ERA).

In this battle of the top two teams in the National League, the Los Angeles Dodgers (47-28) are hosting the San Diego Padres (46-32). The Dodgers lead the Padres by two and a half games. On Thursday, the Dodgers came through with a 3-1 win. Justin Turner, the Dodgers veteran third baseman, was the Los Angeles star on Thursday as he homered twice and collected three of the Dodgers’ five hits in the game.

On the mound, the Dodgers will go with Tony Gonsolin, the evolving ace of the Dodgers. He is 9-0 with an earned run average of 1.58. The Padres are starting the struggling Blake Snell (0-5, 5.60 ERA).

In this intriguing National League matchup, the Philadelphia Phillies host the St. Louis Cardinals. The Phillies are at 40-37 and two and a half games back of the Cardinals (43-35) for the final wildcard spot on the senior circuit. The Cardinals are also only one game back of the Milwaukee Brewers for first place in the  National League Central. This will be the first of a three-game series. The Cardinals are starting Miles Mikolas (5-5, 2.57 ERA). The Phillies are countering with Bailey Falter (0-2, 4.50 ERA).