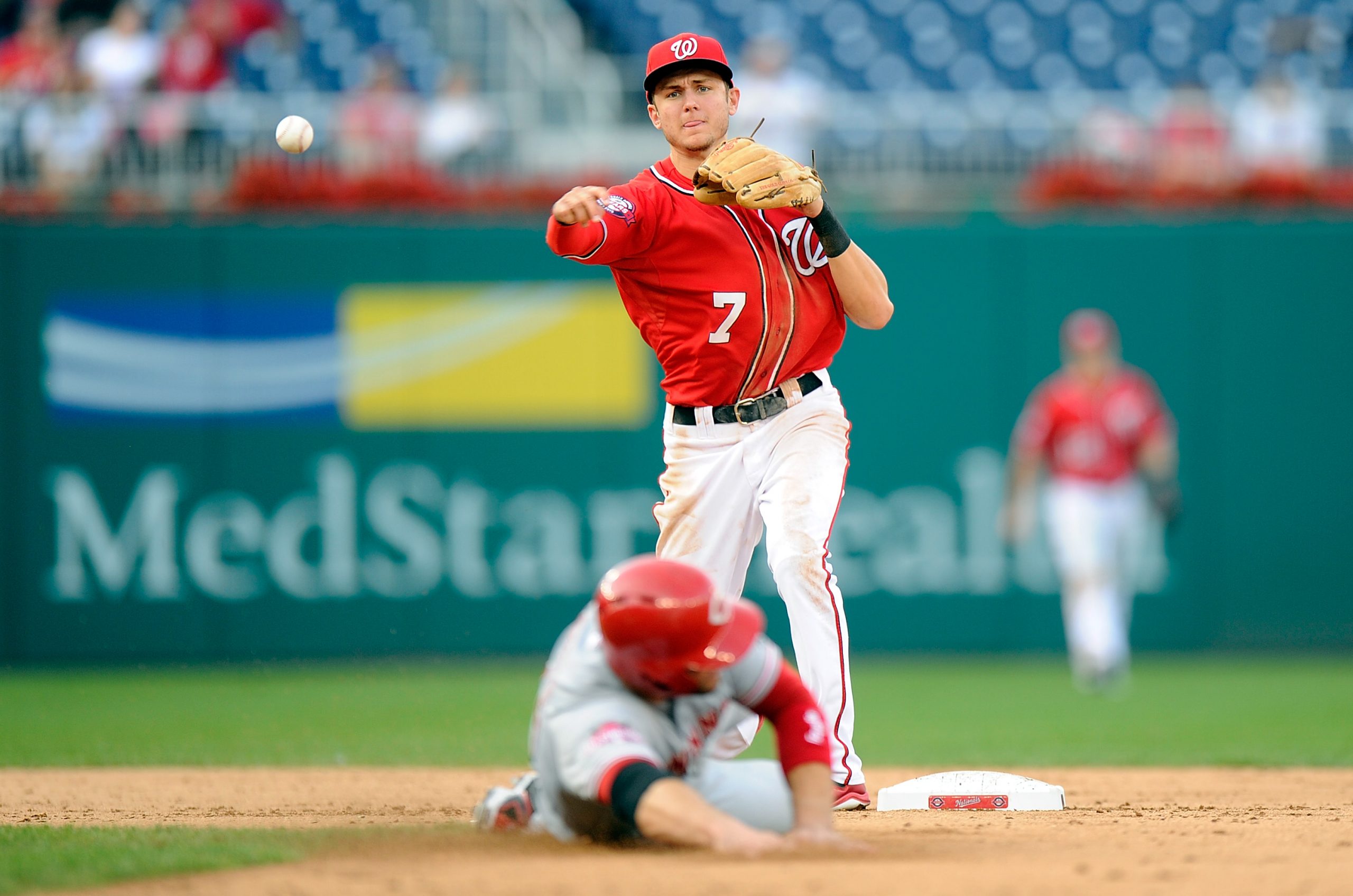 In 2015, AJ Pollock established himself as a Major League star. He was never a huge prospect, but with a first round pedigree and a solid 2014 under his belt, the breakout should have been easy to spot. In 2016, Adam Eaton had a similar breakout; churning out 6.0 WAR by being one of the best all-around players in the game. The breakouts weren’t entirely similar, but the truth is that every year seems to bring us one of these outfielders who puts it all together for a sabermetrically special year.

In 2013 we had Carlos Gomez‘ big year, while 2014 saw Alex Gordon post a 6.4 WAR. The difference between a pretty good player (3 WAR) and a top 10 MLB player (6 WAR) is not all that much. Could the  explanation for these jumps in WAR be as simple as the inherent variance in year-to-year defensive stats? Well, these guys would have to be good enough to reach that 6 WAR plateau simply from the small swings in performance that occur year-over-year…

Put another way: the common trait across all these breakouts is that the player was within shouting distance of being exceptional anyway. Conceivably, bloggers across the blog-o-sphere could have predicted all of these breakouts as none were all that farfetched. So, in an effort not to miss the boat, I am picking Trea Turner to make that next jump into the upper echelons of baseball’s WAR standings next year. First, let’s look at some other viable candidates.

In my roundup revisiting the 2016 MLB sleepers, I noted that I would be putting Polanco on the list again. Well, just a month later, I appear to be making another list of possible breakout candidates for and Polanco rears his head again. He’s still just 25 and has the all-around game that could land him in a breakout similar to those players mentioned above.

Polanco’s 22 homers and 18 steals are nice representations of his overall potential. His .323 on-base percentage leaves something to be desired, and helps to explain why he falls short in WAR last season. His defense is well-respected, but also well short of the wizardry present elswhere on this lis. A small step up both at the plate and in the eyes of the defensive stats could elevate Polanco to great heights. At this point, I do not think he will ever be one of the top players in the game, but this post is about those great players who are underappreciated.

Piscotty was quietly supposed to put together a great year for the Cardinals, but it did not quite happen. He’ll be 26 next year, an important benchmark in his development. Is he just a hitter like he was in 2016– .275 average and 20-ish homers while driving in about 80 runs?– There is absolutely nothing wrong with that type of hitter, by the way, someone like that will have a long career in the Big Leagues– or is he ready for a jump?

His WAR total next year could be buoyed by a better defensive showing, as the stats did not really like him in right field. And I guess his WAR would improve if he could knock more extra base hits, but I really am not seeing much in his profile that portends a huge breakout next year.

Piscotty is a good, young, valuable player– but he’s not the type of athlete to go out and turn in an MVP-type season.

Naquin had his coming out party this October as the Indians have played themselves into the World Series. He’s another former first round pick and really crushed it this year. He fits the AJ Pollock and Adam Eaton mold of a young guy that everyone agrees is good, but who is maybe a bit of a late bloomer. He’s 25 now (older than Kris Bryant), but he’s also just coming into his own as a force in the batter’s box.

The defensive metrics did not like him in center field either, but he could pull an Eaton and get a huge WAR bonus from being excellent at a corner outfield spot. Naquin is just another reason why Indians fans should be excited about their future.

About halfway through this post, I realized that I should have probably just written about how excellent Trea Turner will be. (We might have another post to that effect later this week.) He most parrallels Pollock: a speed-first guy, with surprising pop that really seemed to show up at the Big League level. He’s a former first rounder, and in the season before his breakout, managed about 300 plate appearances. Pollock had 287 PAs and 3.3 WAR in 2014; Turner had 324 plate appareances and 3.3 WAR in 2016.

The thing that makes Turner that much more likely to make this next step into the upper-echelons of the Fangraphs leaderboards is that he is a quality defender at multiple important positions. He showed this year that he is a capable center fielder despite having played his entire minor league career at shortsop. He’s a capable shortstop by trade, and a monster on the offensive side at either position.

If I’m picking one guy to go from 3ish WAR to 6ish WAR, which I obviously am, it is Trea Turner. He has already played to that quality over the course of half a season, and 2017 might just be the first of many truly excellent seasons. If he can sustain the (predicted) jump– unlike AJ Pollock and Adam Eaton– Turner is poised for superstardom.

PS: This post first appeared over at offthebenchbaseball.com. We are double posting while we get transferred over to thesportsdaily. Don’t hate us google.