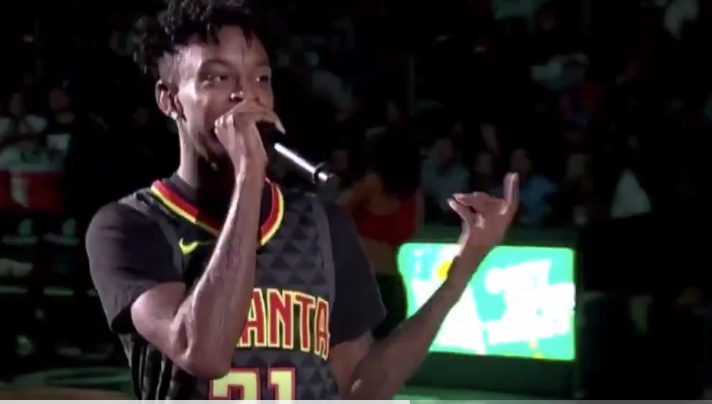 The Atlanta Hawks had 21 Savage perform at halftime of Wednesday’s game against the Sacramento Kings, and after watching his performance, that proved to be a big mistake.

The rapper was off beat, struggled with his delivery and did not pump up the fans one bit. Lucky for them, their team boasted a 29-point lead after two quarters of play, so they didn’t necessarily need their sprits lifted. Still, 21 Savage was terrible, and you can watch him deliver one of the worst halftime performances in NBA history in the video below.

21 Savage’s halftime performance at the Hawks/Kings game was one of the worst ever! https://t.co/kEgtjg91dJ

So this 21 Savage show is umm … pic.twitter.com/LRwMDsQgz8

It’s unlikely that 21 Savage will be performing at a Hawks game again anytime soon.