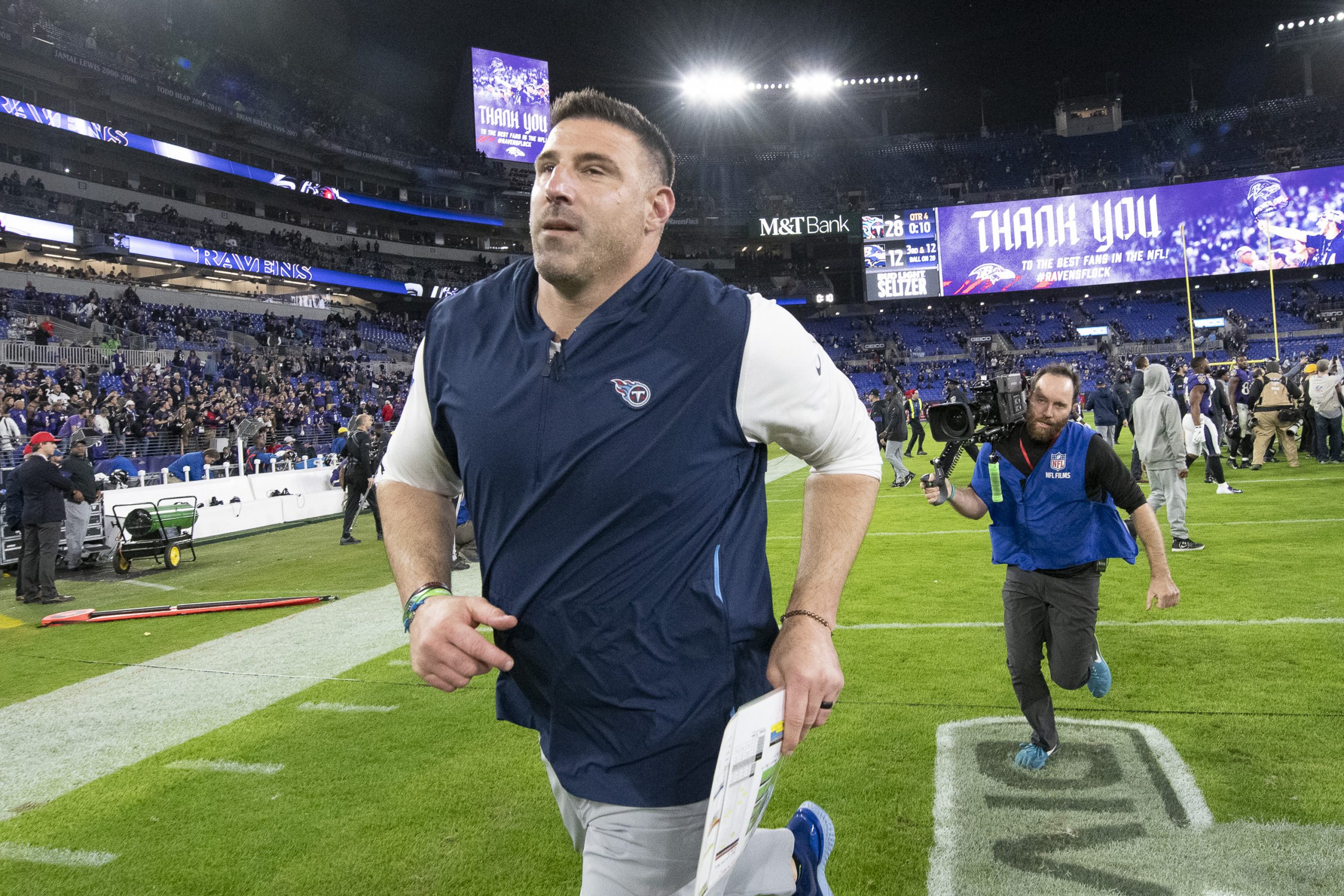 Titans head coach Mike Vrabel is a former linebacker, and he is quite a large man. He was last listed at 261 pounds, and looks even a bit bigger nowadays.

But even he was in a vulnerable position during the team’s most recent game against the Ravens in the divisional round, which they won, putting them just one victory away from a Super Bowl appearance.

Vrabel was on the sideline for Saturday’s game, along with his players and coaching staff, but at one point, he got a bit too close to the action. A ref came running in and banged into Vrabel — knocking him to the ground.

Mike Vrabel is a big guy, but even he managed to get KO'd by a ref during last week's game. Ouch! pic.twitter.com/yDyW5ScKYq