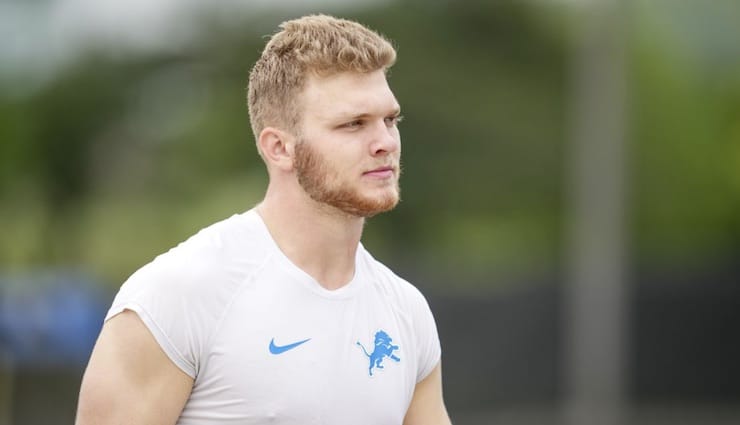 In the NFL, rookies are often subject to embarrassing moments, especially during training camp.

But when the Detroit Lions asked their first-round pick to get up and sing in front of the team, something unexpected happened.

Instead of getting embarrassed, No. 2 overall pick Aidan Hutchinson stole the show with his rendition of Michael Jackson’s Billie Jean.

Watch the room explode during Hutchinson’s performance below.

Rookies singing during training camp has been a staple during the show’s history but Hutchinson took things to another level.

Right from the start, it was apparent that the rookie first-round pick came to play.

At first, his teammates seemed stunned at his singing ability but once the chorus came, all bets were off. Hutchinson seemed a bit nervous to start but grew more comfortable leading up to the chorus.

Even in the video, you can feel the energy build in the room as Hutchinson gets closer to the chorus, as more teammates begin to join the refrain.

Then, the entire team erupts singing Billie Jean in what is sure to be one of the most feel-good moments of the NFL preseason.

Lions teammates reacting to Aiden Hutchinson announcing he got a $23 million signing bonus was outstanding. pic.twitter.com/ZEB9ehTZdu

Hutchinson’s voice isn’t the only thing that caught his teammates by surprise.

He also got up in front of the team and revealed his rookie signing bonus.

Hutchinson apparently signed a $35 million contract, which included a $23 million signing bonus as the No. 2 overall pick.

After announcing the terms of his deal, his Lions’ teammates gave him some love with a heartfelt reaction.