Which NFL Quarterbacks Have The Most Losses Ever? 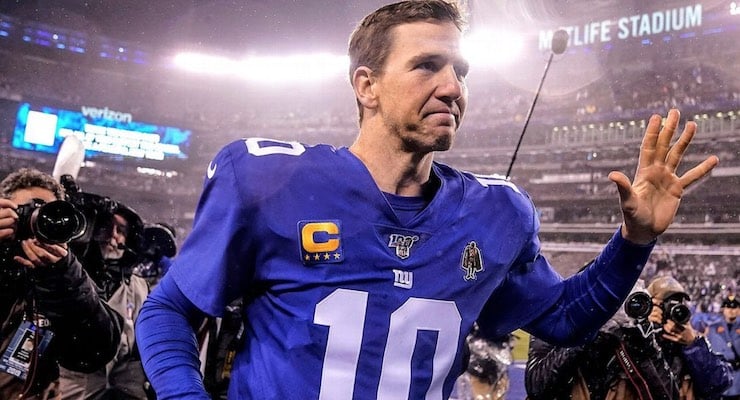 In the NFL, quarterbacks are judged by wins and losses.

Most quarterbacks don’t have the luxury of learning on the job, which means they often don’t have a long time to prove themselves on the field. In fact, the average career of an NFL quarterback is just 4.4 years.

However, some NFL QBs have stood the test of time despite losing games under center.

Below, we’ll go over the NFL quarterbacks with the most losses ever, including a few active QBs that made the list.

Which NFL Quarterback Has The Most Losses Ever as a Starter?

Vinny Testaverde won the Heisman Trophy as a member of the Miami Hurricanes before being drafted with the No. 1 overall pick by the Tampa Bay Buccaneers in the 1987 NFL Draft.

Testaverde’s 123 losses were the most of any quarterback in NFL history. His 42.3 percent winning percentage is the lowest of any starting quarterback with at least 70 wins.

In fact, the list of quarterbacks with the most losses ever features some of the best NFL signal-callers across several different eras.

Eli Manning, Drew Brees, and Brett Favre are the only other quarterbacks with over 110 losses.

Like Testaverde, Fran Tarkenton played for 18 seasons from 1961-1978 but never won a Super Bowl ring. Instead, he racked up 109 losses before retiring with several passing records, which have since been broken.

Manning won two Super Bowls while Brees and Favre both won the Lombardi Trophy once during their playing careers.

To find out which NFL QBs have the most losses ever, check out the list below.

Matt Ryan Has Most Losses Among Active NFL QBs

Manning and Brees recently retired, meaning they won’t be adding to their win-loss records any time soon.

Philip Rivers, who ranked sixth on the all-time losses list, also called it quits after another failed postseason with the Indianapolis Colts.

Ironically, his successor in Indianapolis is right behind him on the all-time losses list.

With 102 losses, Matt Ryan has suffered more defeats than any other active starting quarterback.

Meanwhile, 2022 Super Bowl champion Matthew Stafford is the only other active QB with more than 80 losses. Stafford spent 12 seasons with the Detroit Lions before winning the Super Bowl with the Los Angeles Rams last year.

Check out the list below to find out which active quarterbacks have the most career losses.

But, how many losses do some of the NFL’s all-time great quarterbacks have?

Racking up the most losses ever requires staying on the field, so don’t expect very many scrubs in the top 25.

In fact, some of the names might come as a surprise.

For a complete breakdown of the top-25 QBs with the most losses in NFL history, scroll down below.