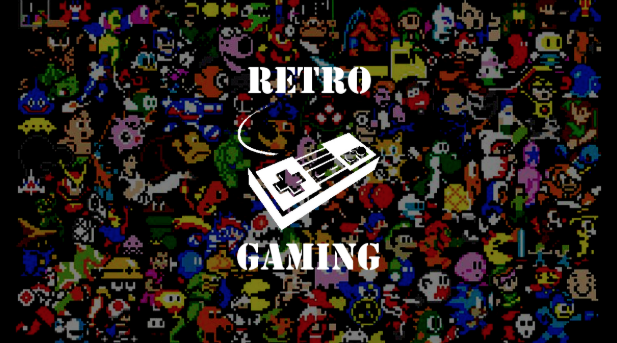 Many think that the twenty-first century is a paradise for a gamer. There are so many cool games with mind-blowing graphics, incredible sound, and exciting storyline that are supposed to captivate the most sophisticated players. The video game industry seems to never sleep. Every year plenty more games are released so that the gaming community doesn’t get bored playing one and the same game for too long.  Yes, new games are exquisite, realistic, stunning, and intriguing… Still, what is the reason behind the growing popularity of retrogaming?

It’s meaningless to deny the fact that vintage games are making a rapid comeback along with the gamers starting turning their modern devices into retro machines.  We bet that you are also contemplating the idea of diving into retrogaming (you’ve landed on your website and started reading our article somehow, haven’t you?), but may be doubtful about whether the game is really worth the candle. Let’s find out why there are so many gamers out there considering playing old games the best possible pastime.

Nostalgia is a Strong Thing

Yes, it’s difficult to disagree with this opinion. Heartwarming nostalgia always keeps us thinking about good old days, where we were happy and content, makes us link that blissful state to the activities we enjoyed back in the day. So, when someone reminds us of vintage console, cartridges, Super Mario, after all, we begin to recall happy childhood memories, we immerse ourselves into the atmosphere of teenage carelessness, fun, and laughter. We used to have so much fun helping Mario and Jumpman save their girlfriends, or catching and training stubborn Pokémon! No wonders, people still want to experience the same feelings and emotions evoked during playing old school games.

Almost twenty years into the new millennium, connoisseurs of classic games look nostalgically on the days when games were not as elaborate and realistic as they are now, but were genuine and exceptionally fun. So, what do they do to start playing retro games? No, they don’t scour the Internet to get old consoles and suitable cartridges for them. They get special programs called emulators, which can make a vintage console out of their computers, and download ROMs on RomsMania to play old school games on those emulators. By doing so, they quench their retrogaming nostalgia. They reunite with their favorite characters and revive sweet memories from the past. If you want to be one of those lucky ones, join and support them in their endeavors!

Apart from nostalgia, there is also a practical motive for retrogaming. Unfortunately, playing sophisticated video gaming may cost you a fortune (pardon my French). It is not a secret that the latest AAA titles are not provided to players for free, so lots of them bite their lip and fork out for being able to play some cool stuff.

Suffice it to mention the recent MMORPG. The Lineage, Rift, Path of Exile, World of Warcraft, Star Wars, EVE Online, and many, many others make players hemorrhage money, upgrading your comps that become incapable of running HD or even 4K games, not to mention spending money for subscription and various in-game purchases without which a played would feel like a worthless failure.

On the contrary, retro games used to hold only 4 megabytes, which is about a thousand times smaller than the average modern AAA game. Moreover, do you recall making any purchases in Mario or any other game? Neither do we!

The reason why retrogaming is coming back into vogue is more than obvious. We all want to revive the most pleasant memories we hold dear. And these memories are closely associated with retro games! There was so much naivety, childish excitement, and authenticity in those titles. We really do want to relive those emotions again. Last but not least, we want to enjoy games, but spending much money on such enjoyment is not that enjoyable (pardon my French again). So, we get back to old school games that bestowed so much fun on us for free. And lots of players do appreciate this in our profit-oriented world.