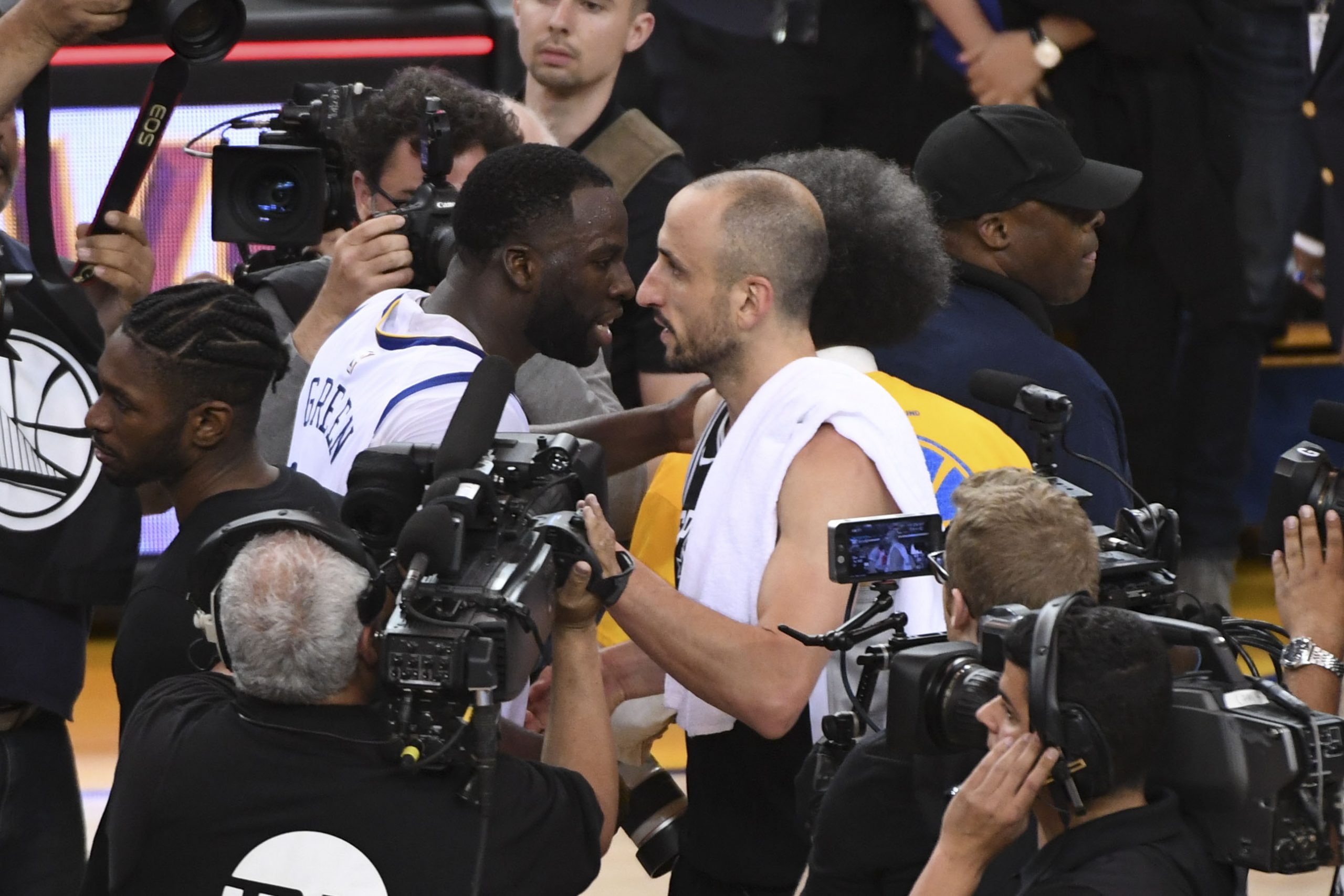 It’s no secret that former Spurs star Manu Ginobili has an extremely high basketball IQ, and was a heady player. That’s why he fit so well in San Antonio, and won multiple titles during his tenure there.

The 41-year-old doesn’t seem to be ready to step away from basketball altogether, either, and he may not have to. He remains extremely close with Spurs head coach Gregg Popovich, and even accompanied him on the team’s coach’s retreat, just before training camp is set to open.

If @manuginobili decides that coaching interests him, he will find an organization eager to accommodate him in San Antonio. https://t.co/r6mGCsIZPX

Ginobili has already indicated he’s going to remain in the San Antonio area, as his kids go to school there. He also said he wants to stay close to the Spurs as well.

"I'll be close to the team and the franchise … I'll try to add in what I can." – Ginobili

Ginobili says he'll still be around to help the team, thanks Spurs fans for their support https://t.co/zhO5n6uBWL #gospursgo #nba pic.twitter.com/z98unRzYtP

The fact that Manu has said this, coupled with the fact that he went on the coach’s retreat, seems to indicate that he’ll be a part of Popovich’s staff this season. As it relates to that decision, the ball appears to be in his court, so to speak.