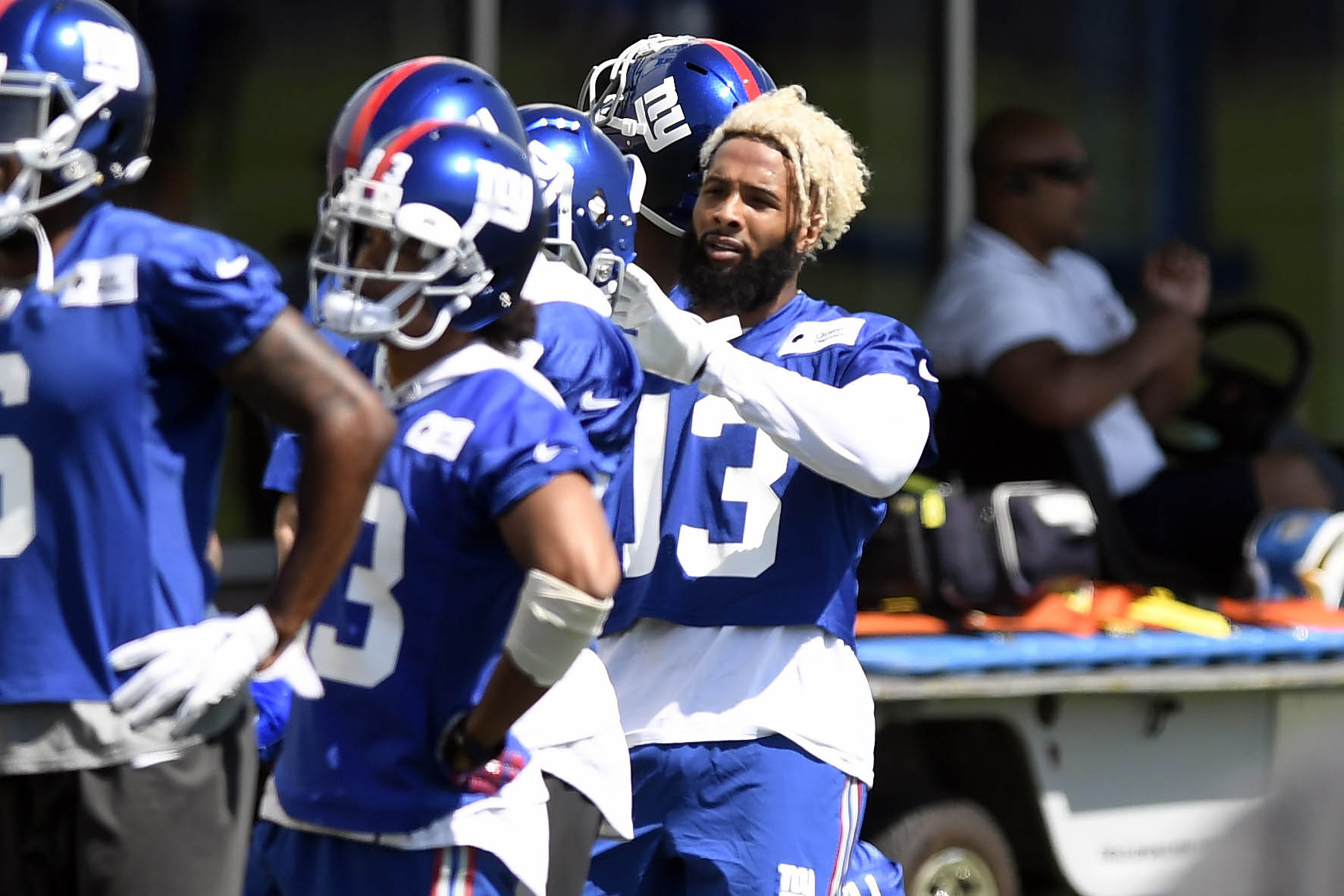 Giants receiver Odell Beckham Jr. hosted his youth football camp over the weekend, which featured a number of young boys with haircuts similar to his, as you can see in the photo below.

OBJ ran some drills with the kids, shared some pointers, and, most importantly, he put on a show for them.

At one point, he took a few steps and showed off his cannon for an arm — uncorking an absolute bomb that sailed nearly the length of the entire field.

QB @OBJ_3 showing he’s not just an elite WR but also can be called upon in a game if you need a passer. Great 2nd day with his camp kids giving back and showing up in the community. #Giants #OBJ pic.twitter.com/NCnJc38Xn0

Now all we need is to see him and Eli Manning heave the ball as far as they can, side by side, in a throw-off.